Driver Ryan Newman was rushed to a local hospital Monday after a fiery crash marred the finish of the Daytona 500.

The crash occurred in the final lap of the race, which had been delayed a full day due to weather concerns, and crews were working to get Newman from his badly damaged car when Denny Hamlin barely edged out Ryan Blaney in a photo finish.

Ryan Newman part of a horrific crash at the #DAYTONA500. Prayers that he’s okay @wachfox pic.twitter.com/AYUKqctOsv

A terrifying finish to the #DAYTONA500. Denny Hamlin with the win but all prayers with Ryan Newman. pic.twitter.com/L6HldpuPl9

You don’t fully understand the magnitude of a crash until you see a picture like this.

Ryan Newman has been taken to an area hospital.

Twitter was quickly flooded with prayers for Newman’s safety and questions about his status. (RELATED: Trump Will Attend Daytona 500 As Grand Marshal, Plans To Take A Lap In Presidential Limo The ‘Beast’)

Looking at this picture just can’t help but bring out the humanity in you. Life is a very fragile thing & tonight we are hoping that God will work his magic. Ryan Newman has been a professional of the sport since long before I started watching. And like Kobe, he is a girl dad. ???????? pic.twitter.com/OxUZuiDdE9

God bless Ryan Newman. That’s one of the most violent wrecks I’ve ever seen in NASCAR. Horrifying.

It’s the power of Prayer ???????? at a time like this that helps us all! LORD I pray for Ryan Newman and his family and your power to heal and comfort. Amen

Daytona update: multiple reports indicate Ryan Newman was AWAKE when they were helping him out of the car and that he was rushed directly into the trauma center of the local hospital. Still praying! #NASCAR

Still waiting for an update from officials on Ryan Newman’s condition. We’ll have updates on @WFTV tonight. #Daytona500

Still no update in Victory Lane on Ryan Newman’s health. Denny Hamlin wins the race but that’s secondary right now. Lack of information is concerning many in Victory Lane pic.twitter.com/WhdFso6p84

First-place finisher Denny Hamlin responded to the crash, saying that he only saw part of it from his car and was not aware how serious it was until he was told he was not to do a post-race interview from the track. He offered prayers to Newman and his family as well.

Denny Hamlin says he was not aware of the severity of the Ryan Newman wreck until after he celebrated and was told no on-track interview. Said he did not personally see the second major contact. #NASCAR #Daytona500 pic.twitter.com/9tCOFngzbK

Denny Hamlin says a person’s health is more important than a win. Says he is praying for Ryan Newman. #NASCAR #Daytona500

Joe Gibbs, who owned the winning car, confirmed that his team was unaware of the severity of the crash.

Joe Gibbs apologizes in the media center for his team celebrating Denny Hamlin winning the race. Gibbs says he was focused on his car and they didn’t know the severity of the accident with Ryan Newman until told in victory lane | #Daytona500

Newman was involved in a multi-vehicle crash at 2019’s Daytona 500 as well. 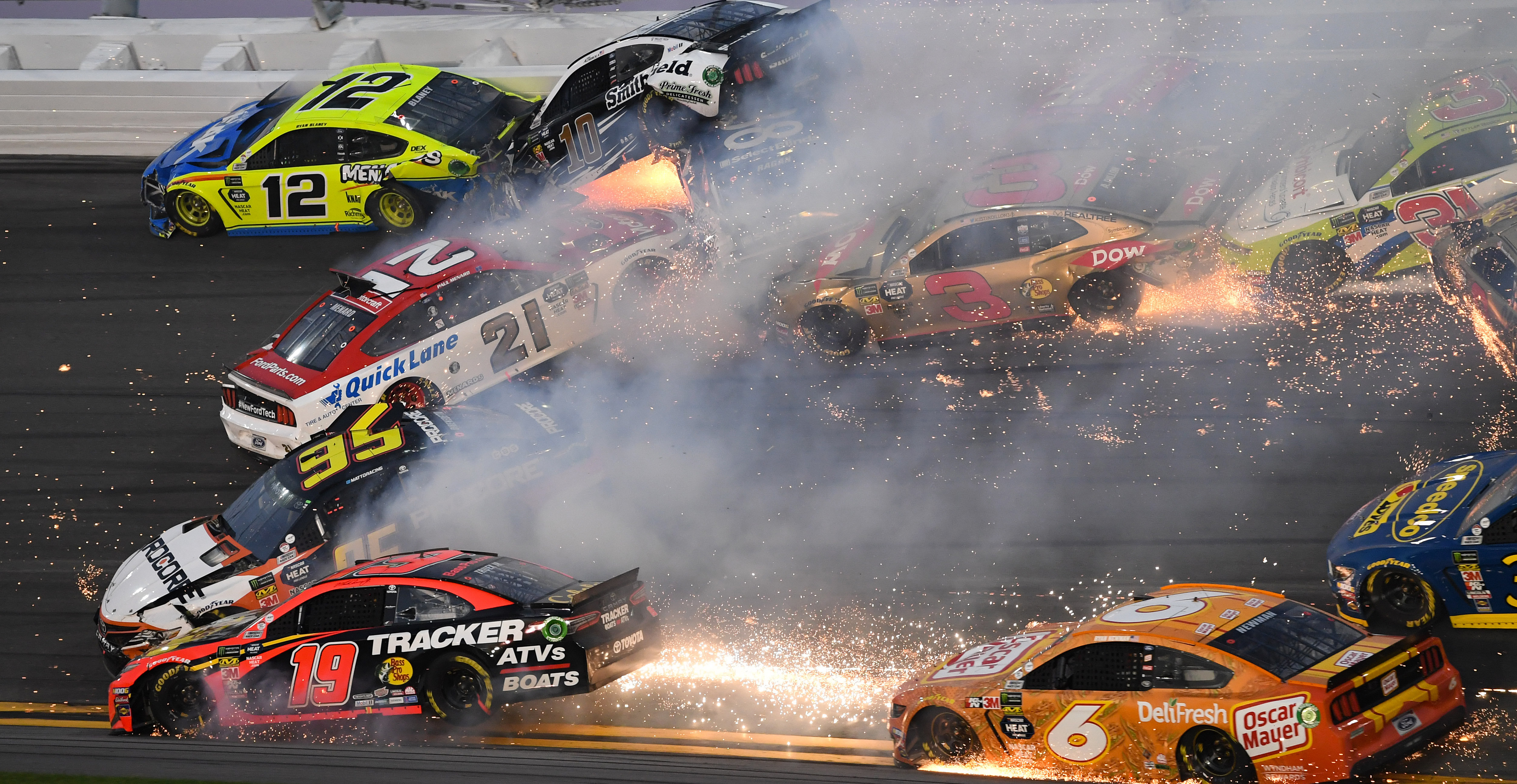 NASCAR gave an official update on Newman, saying that his condition was serious but not thought to be life-threatening.