A conservative group seeking to hold big tech accountable for perceived bias filed an amicus brief Tuesday in support of Oracle as the company continues to sue Google over copyright complaints.

The Internet Accountability Project (IAP) filed a brief at the Supreme Court in support of Oracle, alleging that Google lifted thousands of pieces of code from Oracle without legal permission. The group said Google’s actions demonstrate the company’s flagrant disregard for property rights.

“Google has a track record of using other people’s property to build its business and make billions for liberals in Silicon Valley who then invest their billions in donating to liberal campaigns and defeating conservatives,” Rachel Bovard, senior adviser to IAP, said in a statement to the Daily Caller News Foundation.

Google’s liberal political leanings are a matter of public record, according to Bovard, who wrote a December 2019 editorial for National Review in which she said that “Google has intentionally misled consumers.” Google is breaking the law with “increasing impunity,” she added.

The case — Google v. Oracle — could be one of the most important fights Google has ever encountered in its 23 years of existence. Nearly 26 amicus briefs have been filed supporting the Silicon Valley giant, including from tech giants Microsoft, IBM and Mozilla, among others.

At issue is Oracle’s claim that Google illegally swiped 11,500 lines of code from the company in 2010 to develop the Android operating system, which has become a crucial cog in the company’s business model over the past decade. Oracle said it should get roughly $9 billion in damages as a result of the alleged theft.

Oracle said that Google copied its hierarchical system for organizing Java methods, which is effectively a filing cabinet stuffed with lines of codes and operations that help software programs communicate with each other. Using such systems means Android programmers can employ methods for which they are already familiar without learning thousands of new code lines. 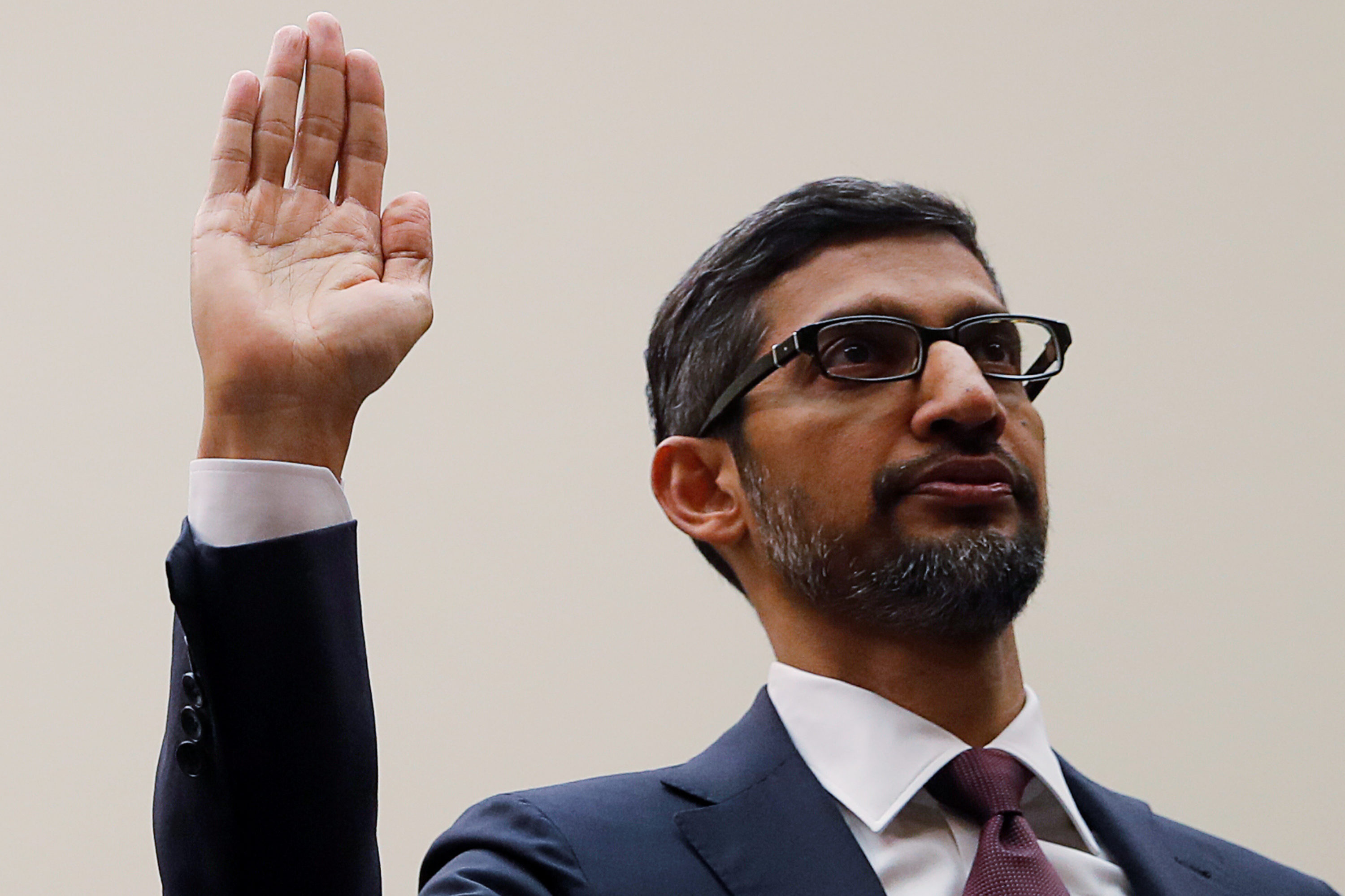 Google CEO Sundar Pichai is sworn in prior to testifying at a House Judiciary Committee hearing examining Google and its Data Collection, Use and Filtering Practices” on Capitol Hill in Washington, U.S., Dec. 11, 2018. REUTERS/Jim Young

Google and one of the lower courts argue that such structure of libraries of codes are not protected by copyright law. The company cites the Copyright Act, which notes that protection is unavailable for systems or processes or organizing method structures. Oracle must create a patent rather than a copyright for such protections, according to Google’s argument.

Microsoft and other massive tech companies believe that if Oracle wins on the Supreme Court level, then software developers will struggle to design interoperable programs, a problem that could potentially manifest itself for other big tech companies. Microsoft, Google and other tech companies rely on these types of efficiencies to scale up their products.

Silicon Valley has run up against other conservative forces as well. Sen. Josh Hawley of Missouri, a Republican, introduced the Ending Support for Internet Censorship Act in 2019. The legislation is designed to amend Section 230 of the Communications Decency Act, which passed in 1996 when the internet was new.

Hawley’s bill, if it becomes law, would provide big tech companies such immunity only if they can show they are politically neutral. Google, Facebook and others believe nixing or amending the law will force them to haggle with a slate of lawsuits from people suing them for things people post online.

Neither Oracle nor Google have responded to the DCNF’s request for comment about the nature of IAP’s brief.