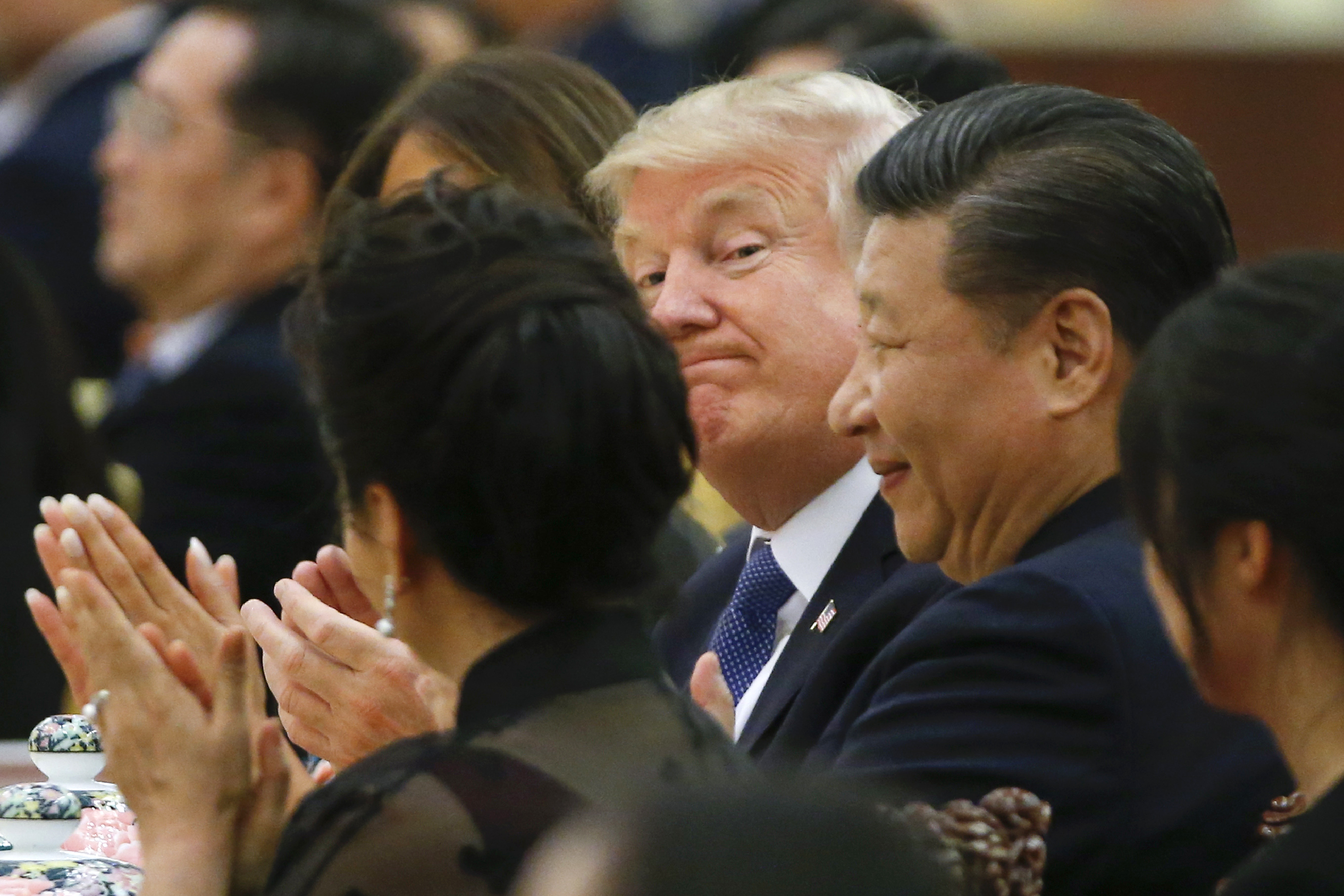 US President Donald Trump (C) and China’s President Xi Jinping attend a state dinner at the Great Hall of the People in Beijing on November 9, 2017. (THOMAS PETER/AFP via Getty Images)

Just last month, Republican Indiana Rep. Jim Banks sent a letter to Attorney General Bill Barr calling on the Justice Department to force Xinhua to register as an agent of the Chinese government. An investigation from the Free Beacon additionally found that China Daily had published “hundreds of propaganda articles designed to resemble authentic news reports in the pages of the New York Times, Wall Street Journal, and Washington Post.”

Documents obtained by Fox News dictate that the companies must “adhere to certain administrative requirements that also apply to foreign embassies and consulates in the United States,” including passing along a list of all personnel and real estate holdings in the U.S. to the State Department’s Office of Foreign Missions.

The announcement comes as the Trump administration is pushing to keep Huawei and other Chinese tech companies out of the U.S.’s future 5G infrastructure plan.

The State Department did not immediately respond to Daily Caller’s request for comment on the designations.