President Donald Trump has named United States Ambassador to Germany Richard Grenell to be the next acting director of national intelligence.

New York Times first reported Trump’s intent to have Grenell join the White House team, and officials familiar with the process told the Daily Caller that Grenell is expected to assume his duties Thursday.

CNN claims he is not expected to be nominated beyond acting status as, “there is no way he could get confirmed” by the Senate.

Still, Grenell’s track record as Ambassador to Germany suggests he is capable of fulfilling the position. 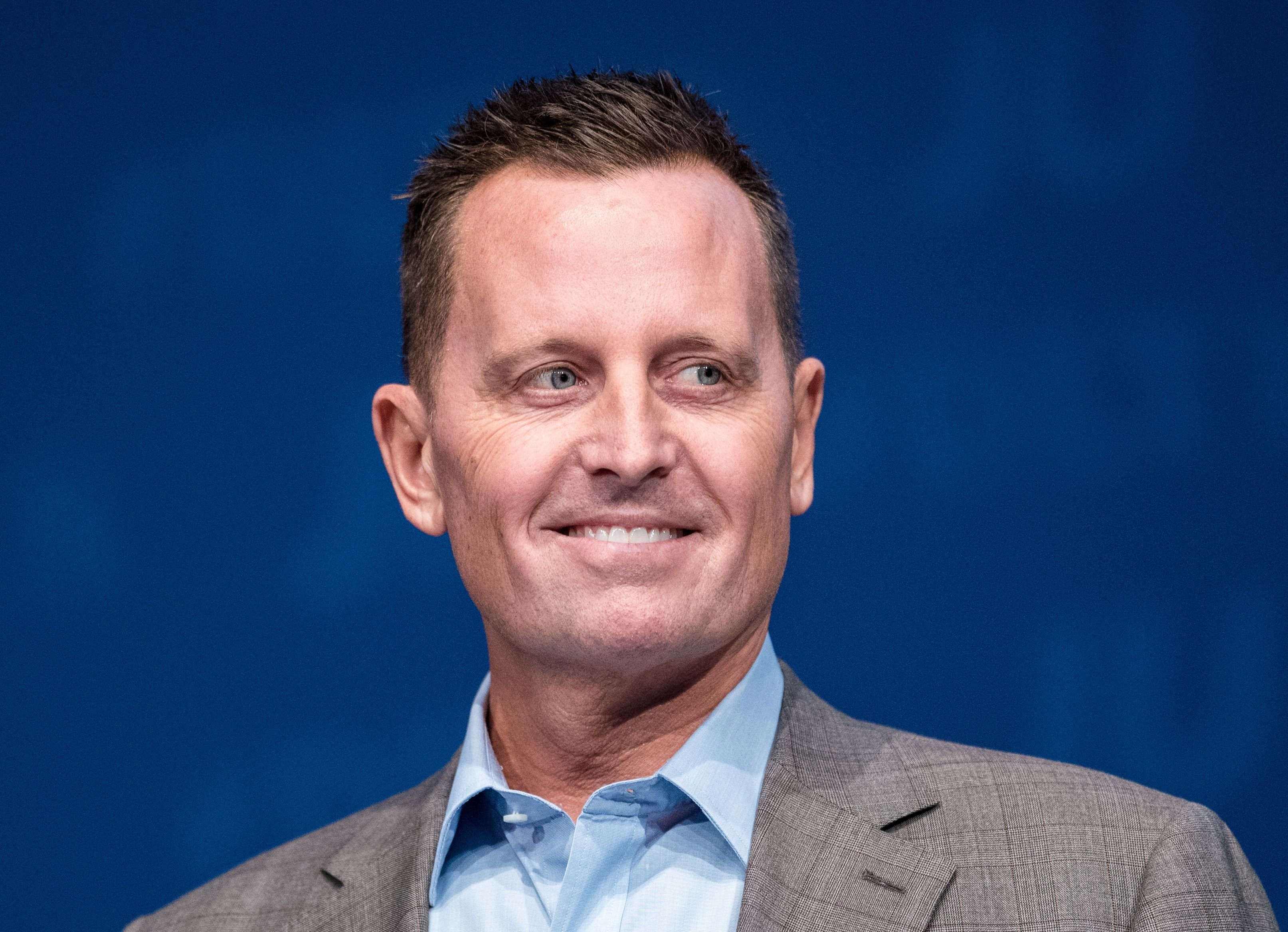 Richard Grenell, US ambassador to Germany, gives a speech as he attends a congress of the Junge Union (JU), the youth wing of Germany’s conservative CDU/CSU union, on October 5, 2018 in Kiel, northern Germany. (DANIEL BOCKWOLDT/DPA/AFP via Getty Images)

After being confirmed as ambassador in the spring of 2018, Grenell immediately began a pressure campaign on German Chancellor Angela Merkel to block Iran from transferring more than $300 million from German banks back to Tehran after Trump terminated President Barack Obama’s 2015 Joint Comprehensive Plan of Action, also known as the Iranian Nuclear Deal.

Grenell also repeatedly echoed Trump’s desire for Germany to up its defense spending requirements for NATO.

In August of 2019, he told reporters that “it is offensive to assume that the U.S. taxpayers continue to pay for more than 50,000 Americans in Germany but the Germans get to spend their surplus on domestic programs.” His comments eventually resulted in Germany pledging to meet NATO’s defense spending budget of 2% GDP by 2031.

His fingerprints are also all over the German parliament calling for a full ban of Hezbollah and the United States deporting a former Nazi concentration camp guard living in New York City back to Germany.

Additionally, he would be the first openly gay member of the president’s cabinet in U.S. history. 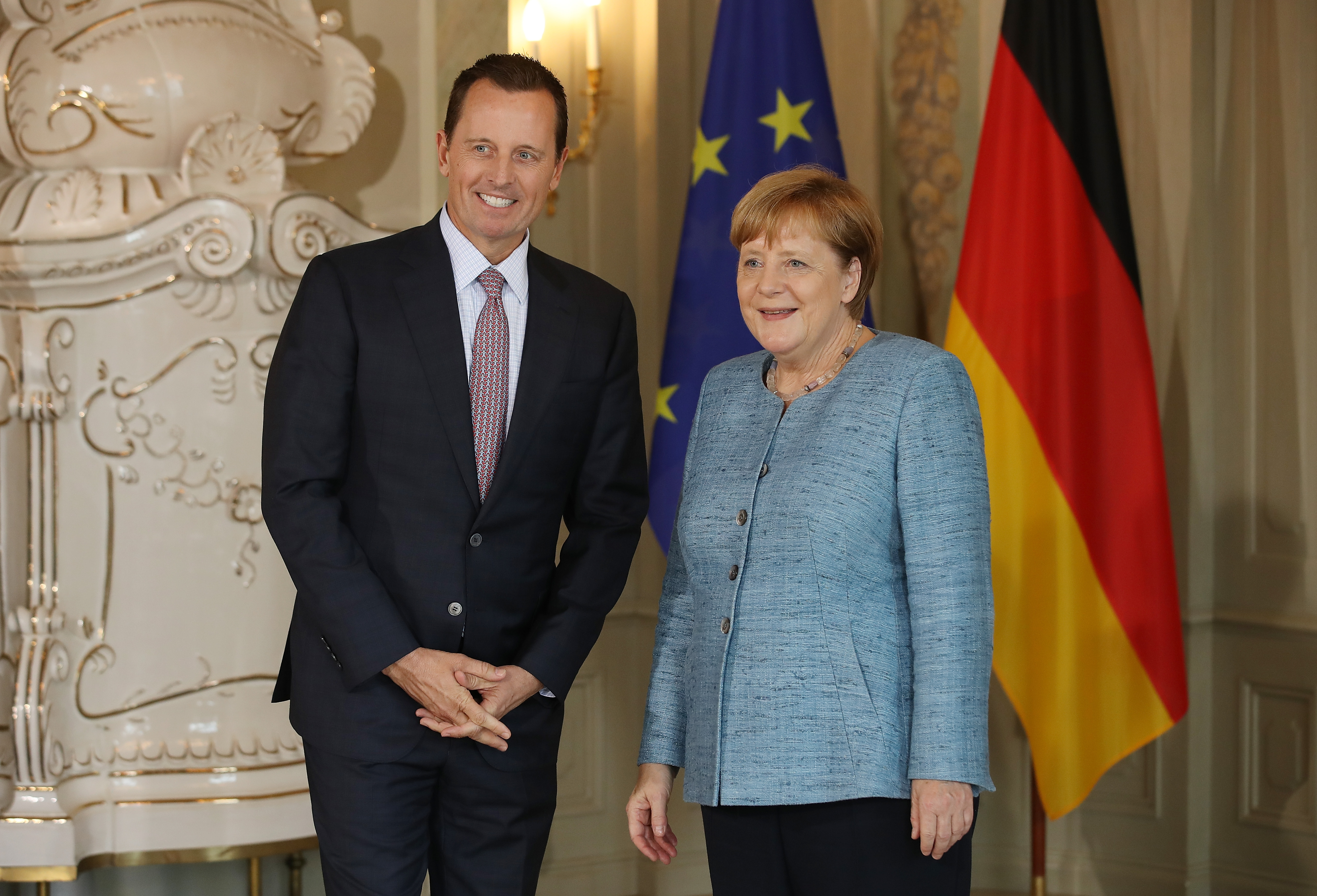 GRANSEE, GERMANY – JULY 06: U.S. Ambassador Richard Grenell poses for a photo with German Chancellor Angela Merkel upon his arrival at a reception for the diplomatic corps hosted by Merkel at Schloss Meseberg palace on July 6, 2018 near Gransee, Germany. (Photo by Sean Gallup/Getty Images)

Trump “just called me from AF1 and instructed me to make clear that any nation who chooses to use an untrustworthy 5G vendor will jeopardize our ability to share Intelligence and information at the highest level,” he tweeted over the weekend.

. @realDonaldTrump just called me from AF1 and instructed me to make clear that any nation who chooses to use an untrustworthy 5G vendor will jeopardize our ability to share Intelligence and information at the highest level.

Grenell will replace acting DNI Joe Maguire, who must vacate the position by March 11.