Several of the Democratic presidential candidates have enjoyed the “moderate” label from much of the media since the outset of the party’s primary, but a closer look at their policies shows they are anything but.

In 2008, mainstream Democrats like Hillary Clinton opposed gay marriage and thought abortion should be “safe, legal, and rare.” Fast forward to the 2020 primary, and the question for Democrats is whether private healthcare should be abolished entirely or just partially, and not a single candidate has opposed third-trimester abortions.

All have all been hailed as the official moderate candidates in the Democratic primary since the outset of their campaigns.

A brief glance at their actual policies, however, shows they are solidly to the left of President Barack Obama. (RELATED: Liberal Pundits, Activists Strike Back After Obama Suggests Democrats Not Move Too Far Left)

Democratic candidate for president, former Vice President Joe Biden, tells the audience to vote as he leaves the stage after participating in We Decide: 2020 Election Membership Forum, an event put on by Planned Parenthood in the University of South Carolina’s Alumni Center in Columbia, South Carolina, U.S., June 22, 2019. (REUTERS/Leah Millis)

While Biden’s policies are less radical than candidates like Vermont Sen. Bernie Sanders and Massachusetts Sen. Elizabeth Warren, he is still pushing for two years of free college for everyone; a $15 national minimum wage; a national firearm registry, and the further expansion of the Affordable Care Act (ACA).

Klobuchar is similarly in favor of two years of free college; a $15 minimum wage; eliminating the electoral college; a total ban on “assault weapons,” and expanding the ACA.

For Buttigieg, he’s supporting the same $15 minimum wage; eliminating all student debt; abolishing the electoral college; creating a national firearms registry; and remaking “Obamacare” to create “Medicare for all who want it.”

And then there is the issue of abortion.

Biden has also always been a pro-choice Democrat, but far from becoming more moderate, he has in fact radicalized on the issue during the 2020 primary. (RELATED: Behind The Network Of Outside, Left-Wing Groups Pushing Racial Policies In Cities, Counties Across America)

Unlike Klobuchar and Buttigieg, Biden was for years in favor of the Hyde Amendment, which prevents tax dollars from directly paying for abortions. At the outset of the primary, he was the only candidate to support the law, but he soon fell in line.

Now, he has joined his competitors in calling for the end of the Hyde Amendment, which would force many religious Americans to pay for abortions they view as deeply immoral.

Indeed, abortion as an issue seems to have been entirely forgotten in the Democratic primary, relegated to occasional references to the importance of reproductive freedom. 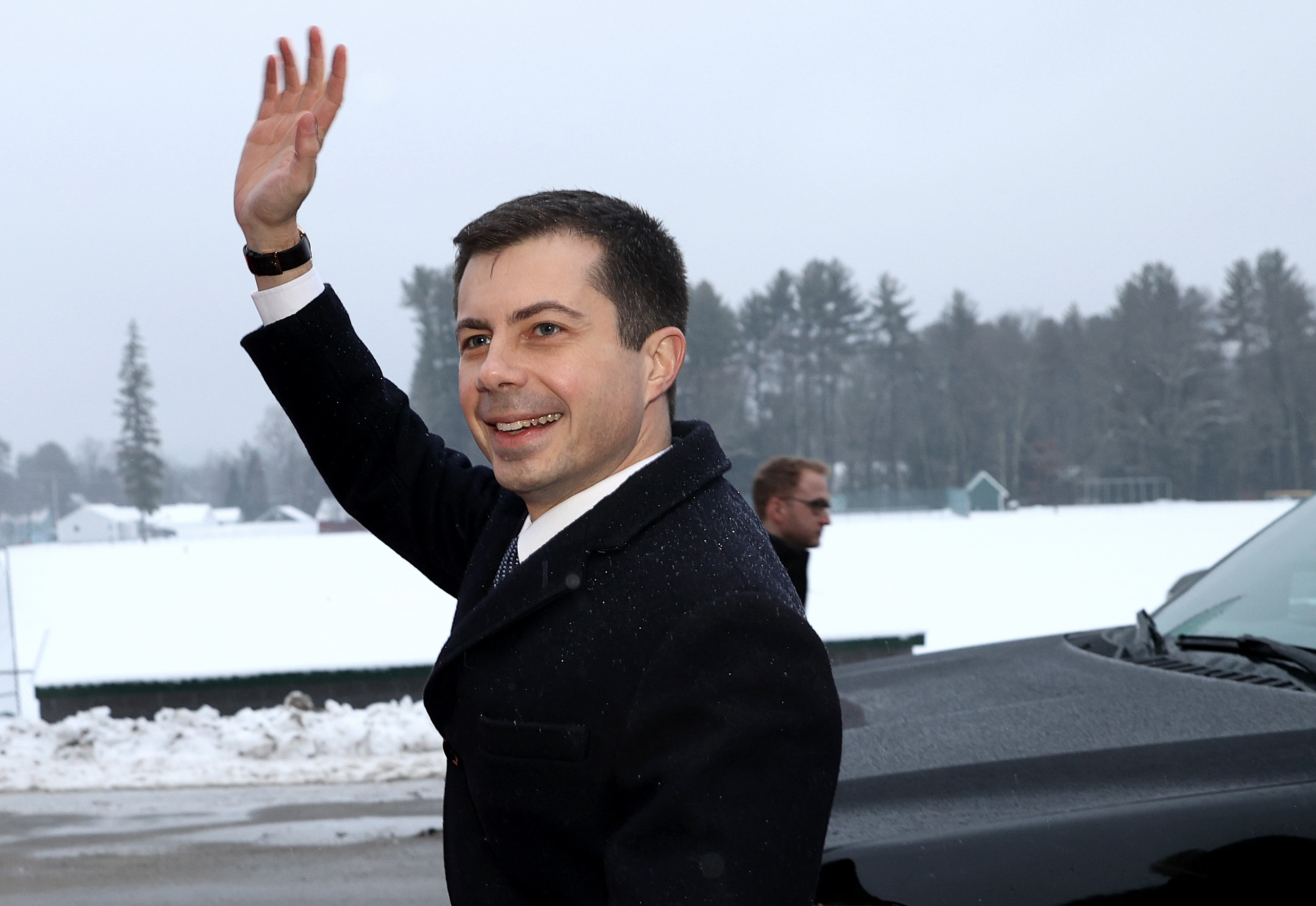 But many Democratic voters don’t share the same radical views on abortion that Biden, Klobuchar, Buttigieg and the rest of their fellow candidates do. While a large majority believe abortion should generally be legal in the first trimester, less than half say so for the second trimester, and just 18 percent do in the third trimester, according to a Gallup poll from 2018.

Outside of the Democratic Party, just 13 percent of Americans are in favor of third trimester abortions being legal. Why then are three candidates who side against 87 percent of the U.S. population on an issue hailed as “moderate”? (RELATED: Despite Push From Far Left, Just One Quarter Of Democrats Want To Abolish ICE)

All three candidates are examples of the leftward jolt of the Democratic Party since 2008.

Plain as day. I guarantee if the opposite had happened, we’d be treated to endless odes to “asymmetric polarization” pic.twitter.com/L4QK0lejoa

In contrast, Republicans like President Donald Trump and Mitch McConnell are pushing for much of the same policies as their predecessors in 2000.

1
REPORT: More Than 40,000 People Have Arrived In The US From China Since Trump Restricted Travel
World
2
Democrats Introduce Bill Giving Coronavirus Relief To Illegal Aliens
Politics
3
'We Should Never Let Someone Like That Run This Country': Tucker Carlson Says Dr. Fauci's Advice Could Lead To 'National Suicide'
Media
4
Our Reckless Media Isn’t Built For Anthony Fauci’s Careful Words
Editorial
5
'I Would Like Them To Shut Up': Dr. Drew Says Media 'Needs To Stop 'Whipping Up Further Panic And Chaos' With Coronavirus Coverage
Entertainment