“Crazy Bernie is doing well in the Great State of Nevada,” the president wrote. “Biden & the rest look weak, & no way Mini Mike can restart his campaign after the worst debate performance in the history of Presidential Debates.” 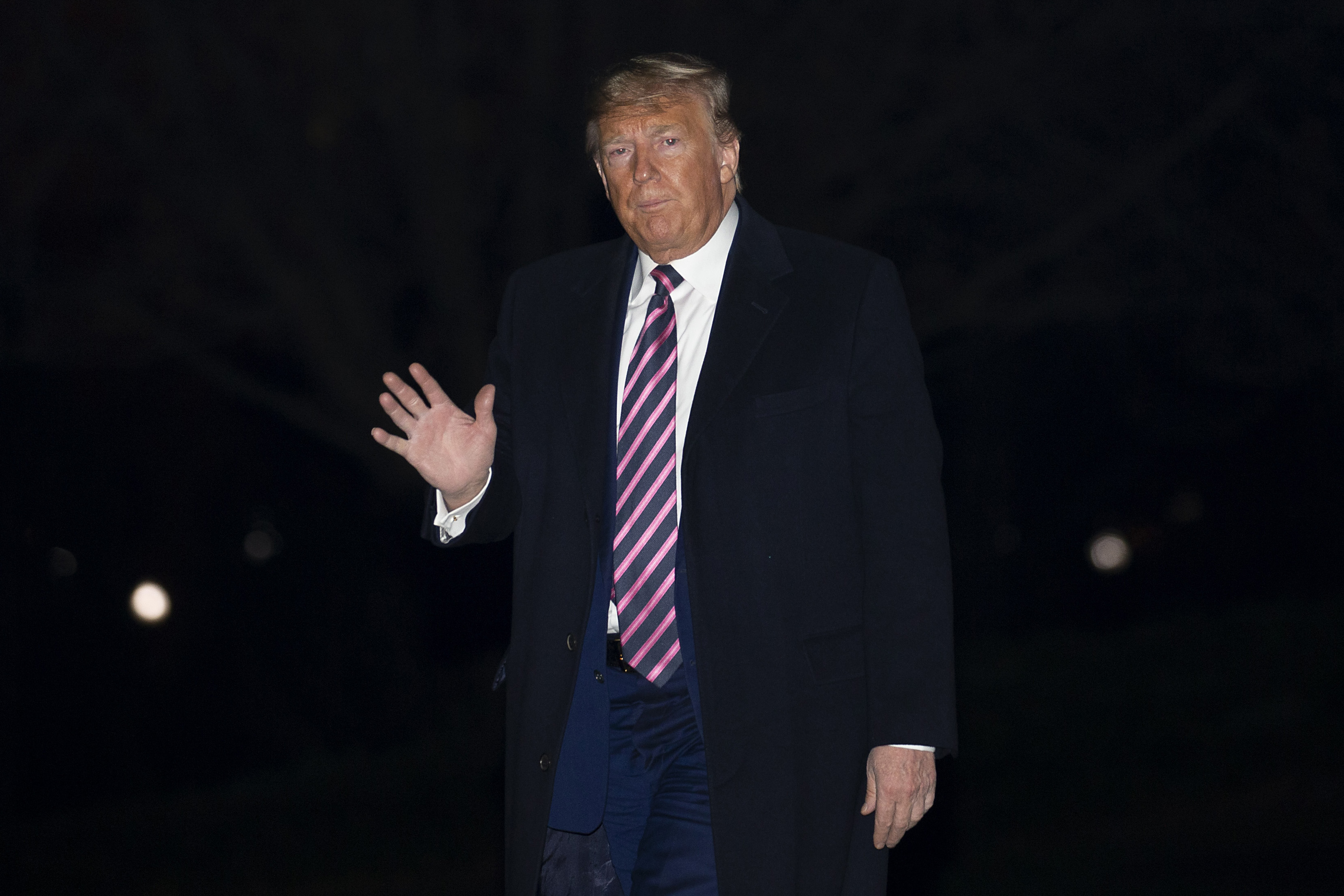 He ended the message by warning the Democratic front-runner not to “let them take it away from you!”

Looks like Crazy Bernie is doing well in the Great State of Nevada. Biden & the rest look weak, & no way Mini Mike can restart his campaign after the worst debate performance in the history of Presidential Debates. Congratulations Bernie, & don’t let them take it away from you!

At press time, Sanders was projected to win Nevada by a large margin, despite the fact that the Nevada Democratic Party had yet to report any official results. (RELATED: Bloomberg’s Net Favorability Plunges 20 Points, Support Falls 3% After Democratic Debate)

MSNBC reports that there are “issues” with counting votes at precincts in the Nevada Caucus
pic.twitter.com/8fH05dM04y

During the debate, Sanders defended some of his “Bernie Bro” supporters, claiming that online harassment perpetrated by individuals claiming to support him could actually be the result of Russian internet trolls.

Just two days later, the news broke that Sanders, President Donald Trump and several members of Congress had been briefed on efforts by Russian actors to help Sanders with the nomination, ultimately sowing discord among American voters. (RELATED: Bernie Sanders Received Briefing On Russian Attempts To Help Him In 2020 Election And Sow Further Discord Among U.S. Voters)

“Unlike Donald Trump, I do not consider Vladimir Putin a good friend. He is an autocratic thug who is attempting to destroy democracy and crush dissent in Russia,” he said of the briefing. “I don’t care, frankly, who Putin wants to be president. My message to Putin is clear: stay out of American elections, and as president I will make sure that you do.”

Faiz Shakir, Sanders’ campaign manager, suggested Saturday that the Trump administration had leaked the information on the briefing in order to “weaponize” it ahead of Saturday’s caucuses.

Do you think the Trump admin leaked classified intel without context to weaponize against Bernie? You decide. https://t.co/gxkwKM58Af

The president himself weighed in on the reports prior to Saturday’s caucusing, tweeting that Democrats “in the Great State of Nevada” should “be careful of Russia.”

“According to Corrupt politician Adam ‘Shifty’ Schiff,” he wrote, “they are pushing for Crazy Bernie Sanders to win.”

Democrats in the Great State of Nevada (Which, because of the Economy, Jobs, the Military & Vets, I will win in November), be careful of Russia, Russia, Russia. According to Corrupt politician Adam “Shifty” Schiff, they are pushing for Crazy Bernie Sanders to win. Vote!