The Trump administration is erecting billboards in Central America warning potential migrants about the dangers of traveling to the U.S. illegally, Fox News reported.

“The message that we’re sending is that the pathway to the United States illegally is a futile journey,” the official said.

“The road to the USA has become more dangerous,” the billboards read. “Don’t put your children at risk. Give them the security they deserve.” 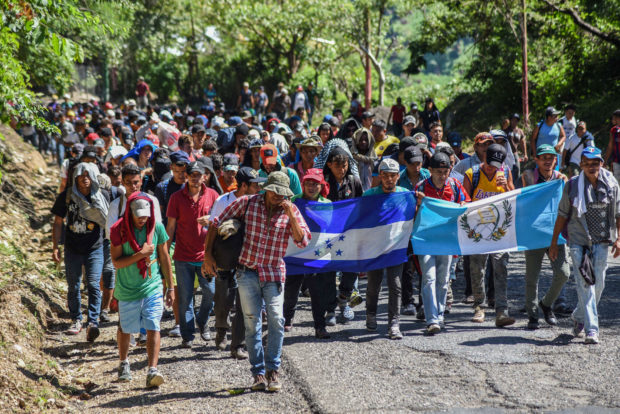 While such advertising campaigns have been used before, this “is part of a broader campaign that involves radio ads and social media posts from U.S. embassy staffers in the region,” according to Fox News.

The campaign includes information about beefed-up border security between the United States and Mexico as well as agreements with Central American countries that allow the deportation of asylum-seeking migrants.

“Things have changed in the United States,” the official told Fox News. “If you get to the border, we have stronger border security there. The likelihood of being turned away and returned to your country of origin or to somewhere else is a lot greater.” (RELATED: Tucker Asked Jorge Ramos How Many Caravan Migrants He Planned To Take In — Things Got Awkward Fast)