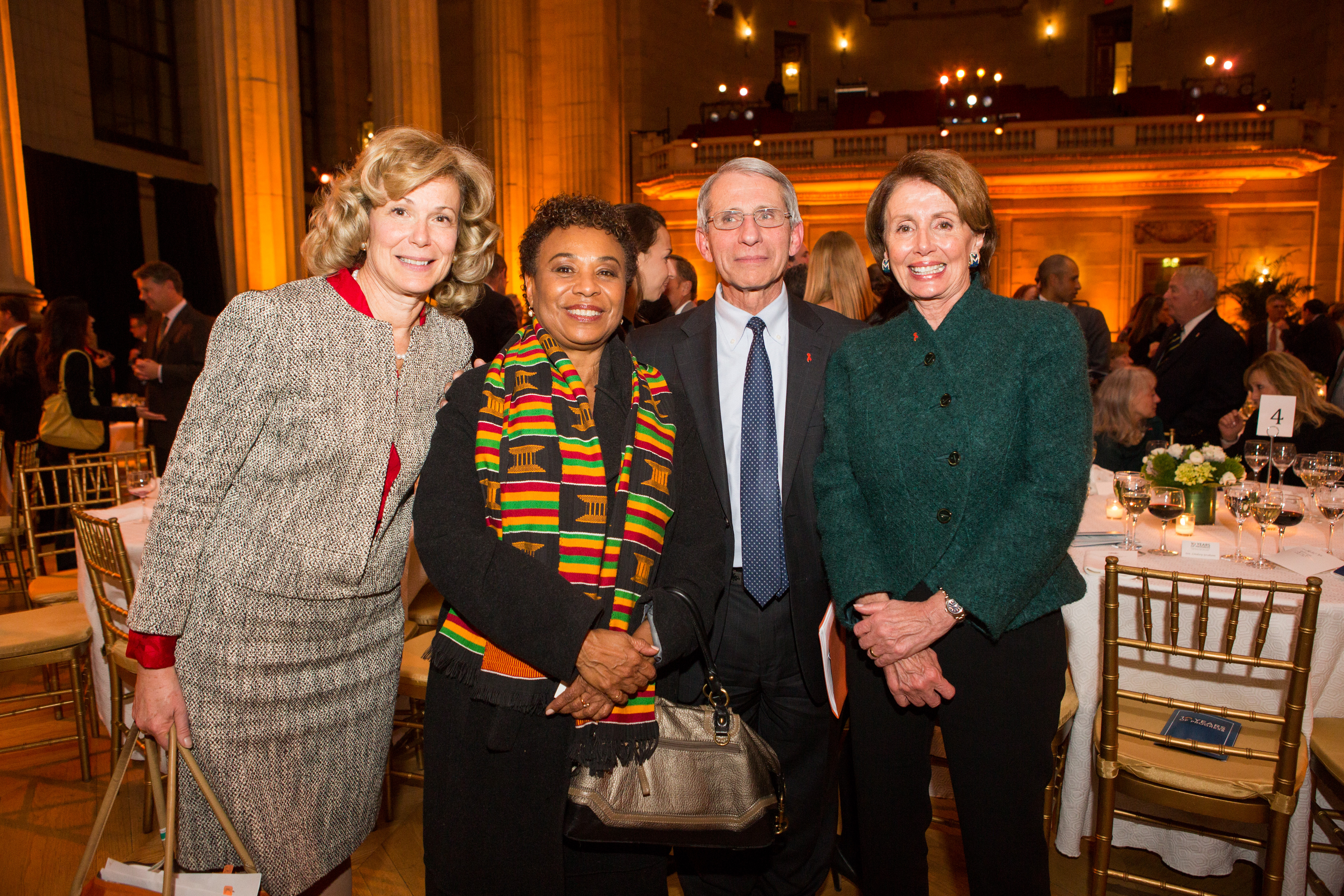 WASHINGTON, DC – DECEMBER 2: L to R, Debbie Birx, Ambassador at Large and Coordinator of US Government Activities to Combat HIV/AIDS, Rep. Barbara Lee (D-CA), Dr. Anthony Fauci, an immunologist and leading HIV/AIDS researcher, and Rep. Nancy Pelosi (D-CA), U.S. House Minority Leader, pose for a photo at the 10th anniversary leadership gala of the Friends Of The Global Fight Against AIDS, Tuberculosis and Malaria, December 2, 2014 in Washington, DC. Klein is board chair of the non-profit organization. (Photo by Allison Shelley/Getty Images for Friends of the Global Fight)

President Donald Trump touched on her new role during his Wednesday coronavirus press conference in the Brady Briefing Room, but he did not mention Birx by name.

“Whatever happens we’re totally prepared. We have the best people in the world. You see that from the study. We have the best prepared people, the best people in the world. Congress is willing to give us much more than we’re even asking for,” Trump told the crowd of gathered reporters. “That’s nice for a change. But we are totally ready, willing and able. It’s a term we use. Ready, willing and able. It’s going to be very well-under control.”

The vice president’s office noted that Birx will continue to monitor the United States’ AIDS initiatives in addition to her work on the coronavirus task force.