Conventional wisdom among centrist commentators holds that Vermont Sen. Bernie Sanders is the least electable Democrat in the 2020 field.

In my opinion, the opposite is true.

Sanders has a record of authenticity, and far less of the baggage Hillary Clinton had and Joe Biden or Mike Bloomberg would have. While conservatives might be tempted to assume that Americans will never vote for socialism, meanwhile, liberals assumed the same about reactionary populism. True, if the Vermont senator secures the nomination he will face an uphill slog. Under President Donald Trump, the economy has been good, and Democrats do not enjoy the unity that Republicans had in 2016. Still, he has a chance, and if a crisis strikes — like a financial crash or coronavirus outbreak — it could be magnified.

Conservatives might be tempted to think Sanders, if he can win, can be attacked on the grounds of international affairs. Hawks around Trump – like Mike Pompeo and Jared Kushner — might be especially vocal in advising the president to attack Sanders on his dovish, pro-Marxist and somewhat anti-Israel views.

There is certainly nothing wrong with criticizing Sanders’s excess of sympathy for communist states in Russia and China, or the fact that he has surrounded himself with anti-U.S., anti-Israel cranks like Linda Sarsour — but at this early stage I would like to suggest that making international affairs a major theme of a rivalry with Sanders would be a disastrous mistake that could hand Trump’s “America First” mantle to the dogged socialist. (RELATED: Trump Admin Forming Division Dedicated To Stripping Foreign-Born Terrorists’ Citizenship)

You can’t believe it? Let me explain. An important feature of Trump’s 2015-2016 run was his unusual lack of hawkishness. Trump mocked Jeb Bush over his brother’s catastrophic invasion of Iraq and criticized Hillary Clinton for her saber-rattling over Russia. Even in 2018, Trump was calling the War on Terror the “worst single mistake” in U.S. history. While Trump has engaged in military brinkmanship, such as with the killing of Qasem Soleimani, there has been nothing comparable to the invasion of Iraq or even Obama’s intervention in Libya. Granted, God only knows how Trump would have responded to a disaster of the kind former President George W. Bush faced in 2001, but in relative terms, his time in office has been peaceful. 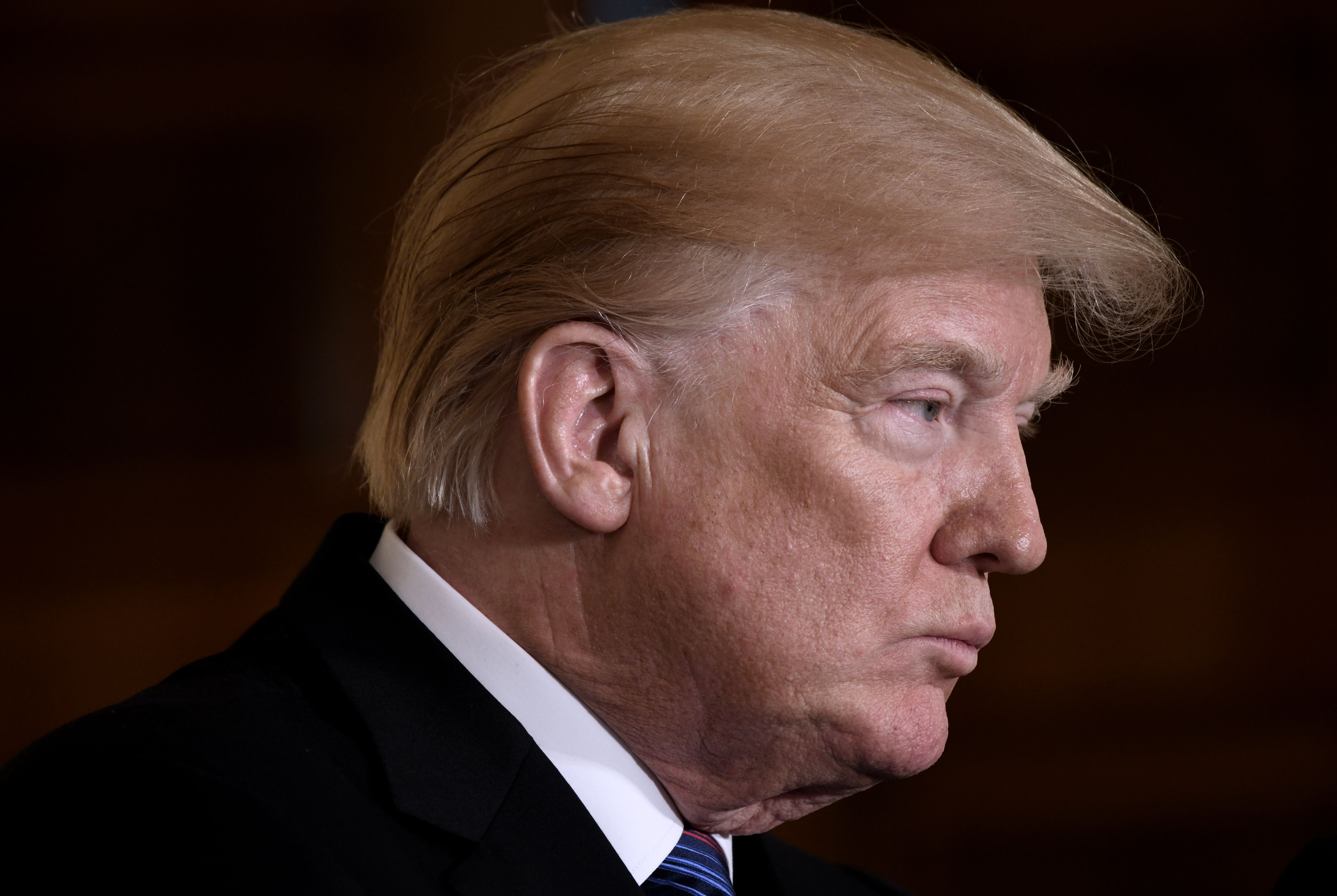 US President Donald Trump looks on during a joint press conference with President Raimonds Vejonis of Latvia, President Kersti Kaljulaid of Estonia and President Dalia Grybauskaite of Lithuania in the East Room of the White House on April 3, 2018 in Washington, DC. (OLIVIER DOULIERY/AFP via Getty Images)

This has been a cheering feature of Trump’s administration and it would be a tactical and moral mistake to grow a beak and become hawkish when the election comes. When Americans feel under threat, it can be effective. Bush rode high in the polls as he invaded Afghanistan in the weeks following 9/11.

Happily, though, Americans do not feel under a comparable threat in 2020. True, 12% of Americans responded to a recent poll on their political priorities by saying that “terrorism/national security” for their foremost concern but only 1% said “foreign policy.”

It is reasonable to assume, then, that voters are more concerned about border security and military readiness than foreign interventions, and that if Trump were to echo mainstream conservative complains about, say, Sanders not supporting the death of Soleimani, it would not be significant. Even if they backed the killing, it was not among their top concerns. (RELATED: Trump Snaps At Jim Acosta’s One-Liner On ‘Truth’ In India — ‘You Ought To Be Ashamed Of Yourself’)

Sanders has been criticized for refusing to attend the annual conference of the American Israel Public Affairs Committee. Certainly, Trump could have some fun with the fact that Sanders high-mindedly refuses to go to AIPAC but attended the conference of the Islamic Society of North America, which featured speakers who promoted violence against Israel and the execution of gay people.

But hostility toward an American ally will be not be half as impactful with American voters as hostility toward America itself. Americans are increasingly critical of Israel, with even half of Republican voters not having a favorable opinion of the Israeli government. If left-wing anti-Israel activism is to be a target of critique, then, it must be emphasized how often it goes hand-in-hand with anti-American or anti-white attitudes. A Commentary article about Sarsour, for example, emphasizes her fanatically anti-Israel comments but could also mention her insults against “white people.”

Trump will, if he faces Sanders, attack the senator for his kind words for the Soviet and Cuban governments. Already, the president has said that rather than supporting his reelection, Putin “would rather have Bernie, who honeymooned in Russia.” Trump was being jokey, and Sanders’s eccentric choice of holiday destination will certainly not win him votes, but Trump would be wise to remember how ineffectual charges of Russophilia have been for the Democrats over the past four years.

While Sanders’s praise for the Cuban “value system” will hurt him in Florida, Trump should be careful not to forget what decade we are in. The Cold War ended 30 years ago and most people associate Cuba more with cigars than communism. For this to be part of an effective critique it must be integrated into criticism of his ideology as a whole, and how it relates to Americans. (RELATED: Trump Campaign Sues New York Times For Libel — Read The Full Complaint And Statement From Legal Adviser) 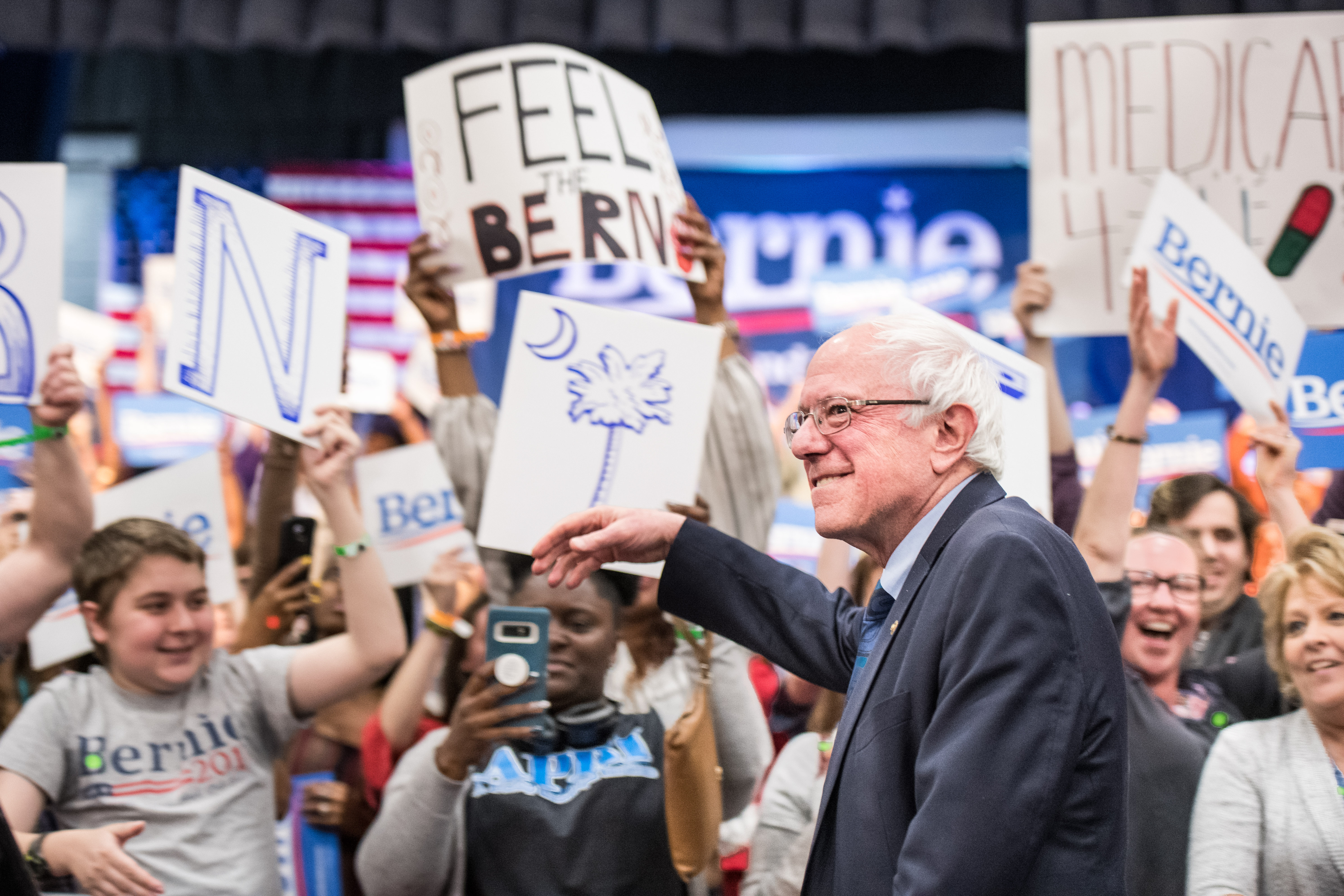 It might sound absurd to claim that Sanders could ever win votes from people whose politics are inclined toward the national interest. But unlike Bloomberg he has not been a sycophant for China. Unlike Biden — and, sadly, Trump — he has not maintained long, disastrous foreign wars. Even if one thinks — as I do — that his policies would not be in America’s interests, they are at least in large part aimed toward American interests. If Trump is going to defeat him, then, he is going to have defeat him on his own grounds, and cannot spend too much time dwelling on countries that Americans do not care about half as much as his own. How can Trump make health care cheaper and more effective? How can Trump reduce education costs? How can Trump keep Americans safe from drug dealers and terrorists? These are the questions that will matter most.

Content created by the DCNF is available without charge to any eligible news publisher that can provide a large audience. For licensing opportunities of our original content, please contact licensing@dailycallernewsfoundation.org.