President Donald Trump’s campaign filed a lawsuit against the Washington Post Tuesday for libel over alleged “false and defamatory statements” about conspiring with Russia.

The complaint, filed in Washington D.C., calls out two WaPo articles from June 2019. The articles included allegedly defamatory statements that connected Trump’s campaign to Russian interference. The lawsuit comes just days after the campaign filed a libel lawsuit against The New York Times, also over Russia.

“Today the President’s re-election campaign has filed suit against The Washington Post for false statements contained in two published articles, including defamatory claims that the campaign ‘tried to conspire with’ a ‘sweeping and systematic’ attack by Russia against the 2016 U.S. presidential election and ‘who knows what sort of aid Russia and North Korea will give to the Trump campaign, now that he has invited them to offer their assistance?’” Senior Legal Advisor to Donald J. Trump For President, Inc. Jenna Ellis said in a statement.

“The statements were and are 100 percent false and defamatory,” the statement added. “The complaint alleges The Post was aware of the falsity at the time it published them, but did so for the intentional purpose of hurting the campaign, while misleading its own readers in the process. The campaign files suit to publicly establish the truth and seek appropriate legal remedies for the harm caused by false reporting.” 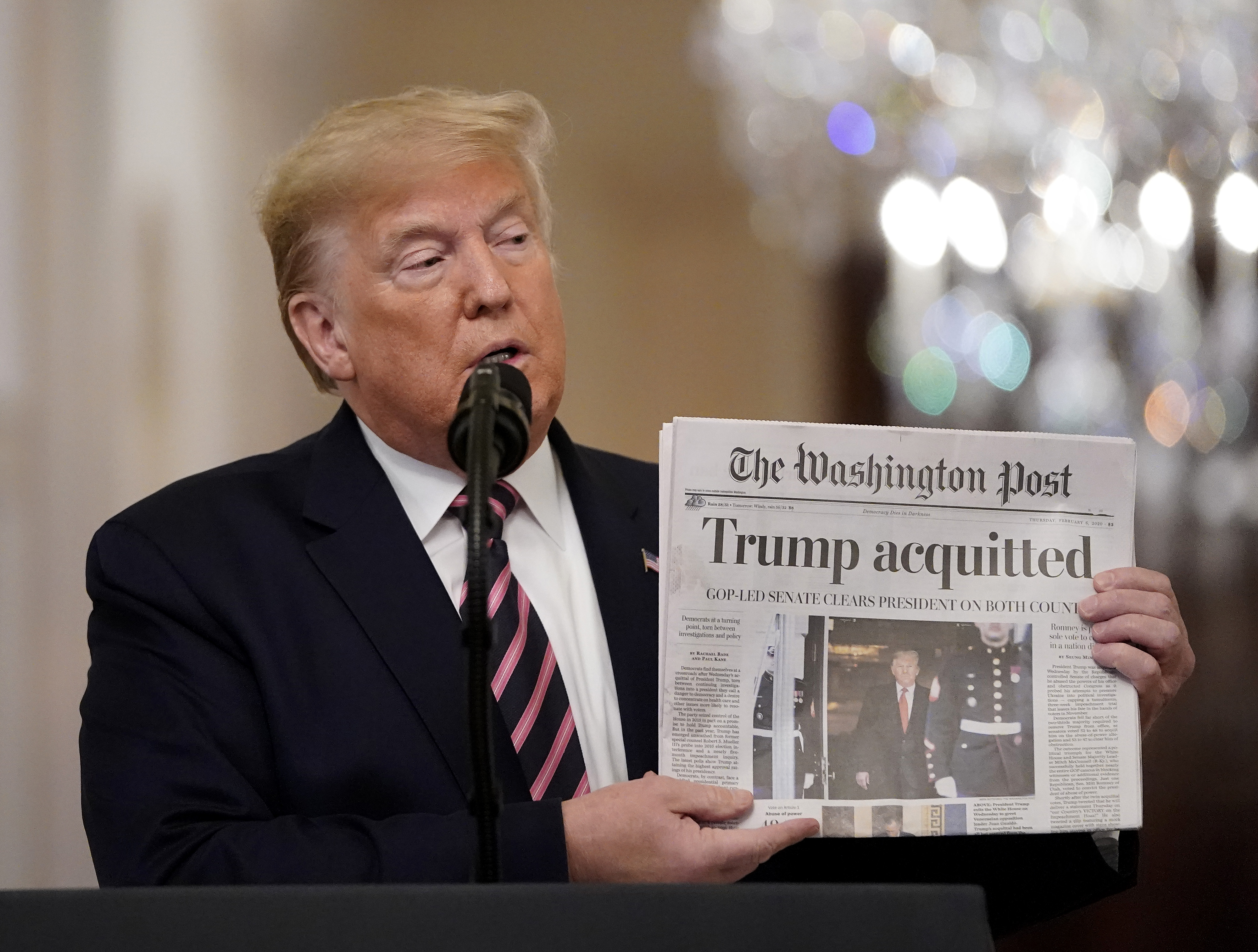 U.S. President Donald Trump holds a copy of The Washington Post as he speaks in the East Room of the White House one day after the U.S. Senate acquitted on two articles of impeachment, ion February 6, 2020 in Washington, DC. (Drew Angerer/Getty Images)

Both articles contain “false and defamatory” comments, according to the Trump campaign complaint.

“The articles at issue herein also are part of the Post’s systematic pattern of bias against the Campaign, designed to maliciously interfere with and damage its reputation and ultimately cause the organization to fail,” the complaint reads according to Fox News.

“It’s disappointing to see the President’s campaign committee resorting to these types of tactics and we will vigorously defend this case,” Kristine Coratti Kelly, vice president of communications at WaPo, said in a statement to the Daily Caller.