Sen. Ron Johnson, the chairman of the Senate Homeland Security Committee, plans to directly subpoena a consulting firm linked to Hunter Biden and Burisma Holdings, he said in a letter Thursday.

Johnson initially planned to subpoena a former consultant for the firm, Blue Star Strategies, but he altered his strategy after recent briefings from the FBI and protest from Democrats on the committee.

The Wisconsin Republican said in a letter to Sen. Gary Peters, the top Democrat on the committee, that he plans to subpoena Blue Star for records related to Burisma, and to request interviews with the firm’s co-founders, Karen Tramontano and Sally Painter.

Johnson said he will issue the subpoena “to address the many unanswered questions” about possible conflicts of interest involving Burisma. The subpoena is also aimed at answering whether Blue Star “used individuals with close personal connections to high-level officials within the Obama administration to gain access to and potentially influence U.S. government agencies.” (RELATED: Senate Panel Will Soon Release Report On Biden-Burisma Connections)

He is seeking Blue Star’s records related to Burisma Holdings since Jan. 1, 2013. He also wants to interview with Tramontano and Painter

Hunter Biden, who joined Burisma’s board in April 2014, reportedly put Blue Star in touch with the Ukrainian company in 2015 to help it fight corruption allegations. Biden served through last year on the board of the Truman National Security Project with Painter, who served in the Clinton administration.

Hunter Biden’s position on Burisma’s board has drawn attention because of his lack of experience in Ukraine, or in the energy business. He took the job just as his father took over as the Obama administration’s point man on Ukraine-related issues. 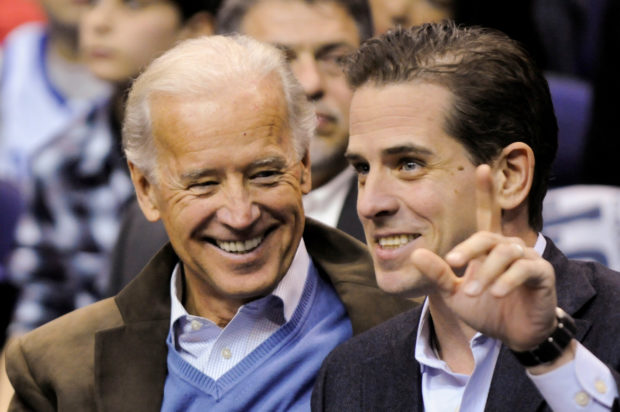 Painter and Tramontano both had contact in 2016 with State Department officials regarding Burisma, according to communications released by the agency.

Tramontano, who was deputy chief of staff to Bill Clinton, emailed one official Feb. 24, 2016, seeking a meeting with the agency regarding corruption allegations against Burisma. She also mentioned that Hunter Biden was affiliated with the company.

Painter sought a meeting in June 2016 with Tony Blinken, who then served as deputy secretary of state, to discuss “troubling events” in Ukraine. Painter wrote in the email that she spoke briefly with Blinken at an event for the Truman National Security Project, the think tank on whose board she and Hunter Biden served.

Johnson initially wanted to subpoena Andrii Telizhenko, a former Ukrainian embassy official who served as a Blue Star consultant from 2016 to 2017. Peters, the ranking Democrat, opposed the subpoena, saying that Telizhenko was spreading disinformation about the Bidens, possible in aid of Russia. Telizhenko began working last year with Trump lawyer Rudy Giuliani, who has accused Joe Biden of pressuring the Ukrainian government to help Burisma.

Tramontano told The New York Times on Wednesday that her firm had turned over 89 pages worth of documents to the Senate panel.