Arizona saw high in-person voters in certain counties for the Democratic primary Tuesday even with the novel coronavirus continuing to spread, while Illinois and Florida saw a drop in numbers, according to reports.

The high in-person count comes as a surprise as some states decided to postpone their primaries because of the fast-spreading virus. Former Vice President Joe Biden beat out Independent Vermont Sen. Bernie Sanders in all three Democratic primaries that were held Tuesday.

Illinois did not fare as well as Arizona, according to reports. The state saw a dive in in-person voters because of the novel coronavirus and many decided to mail in their ballots, the New York Times reported. (RELATED: Ohio Governor Calls For Primary To Be Delayed One Day Before Election)

Voter turnout was so far below expectations that complaints began to roll in from poll workers, according to the NYT. Voters arrived at closed polling centers and one county in a Chicago suburb had to relocate over 12 polling stations. 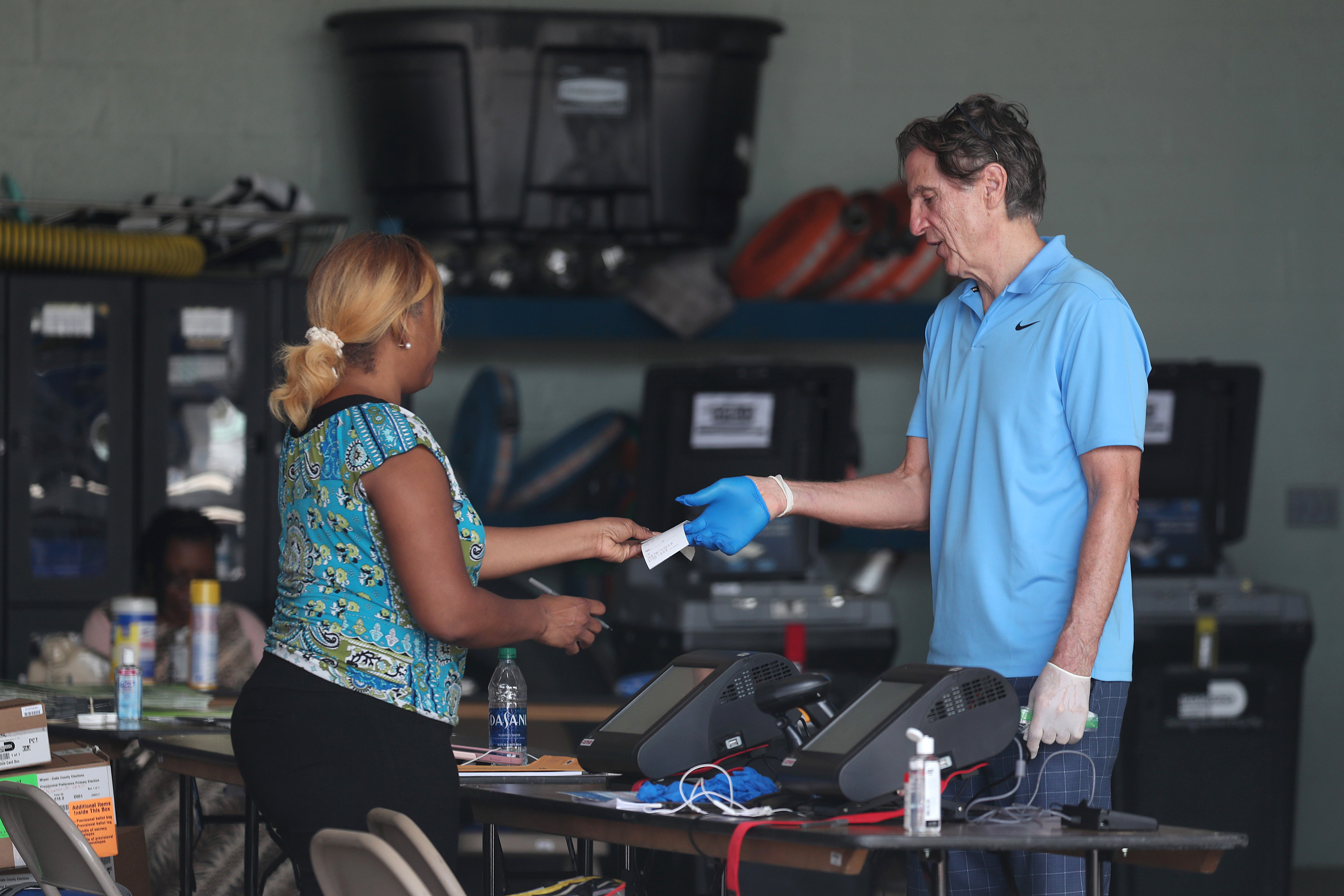 “We have experienced poll worker no-shows causing some of our polling locations to open late,” Wendy Sartory Link, the county supervisor of elections, said in a Facebook post.

Florida held its primary and saw hundreds of volunteers cancel last minute as fears of the novel coronavirus have continued to mount. This forced the state to move some polling locations and open others later than anticipated. About 8% of workers did not show up Tuesday, according to spokeswoman for the county elections supervisor Suzy Trutie.

Trutie added that despite the no-shows, the state still expected to be able to handle voters because of “the light election turnout.” Many Floridians voted early or decided to mail in their ballots, state data indicated.

Despite low in-person voters in some of Tuesday’s primary states, the Illinois Democratic Party’s executive director Mary Morrissey said they expected the final voting numbers to exceed those cast in 2016. That election year saw around 350,000 votes. This is because many in Illinois either voted early or mailed in their ballots.