The coronavirus outbreak will make it “difficult or impossible” for some Floridians to vote in Tuesday’s primary, a federal judge said in a ruling Tuesday.

But despite U.S. District Judge Robert L. Hinkle’s acknowledgment that some voters will likely be disenfranchised during Tuesday’s primary in Florida, he denied a last-minute temporary restraining order filed by the Advancement Project and other activist groups seeking an expansion of vote-by-mail opportunities amid the outbreak, according to the Miami New Times.

However, by not ruling on the merits of the lawsuit, Hinkle left open the possibility that measures could be taken after polls close Tuesday evening to ensure that Florida voters disenfranchised by the coronavirus outbreak can participate in the primary election.

“At least until the polls close, and under all the circumstances, it will be in the public interest to allow the Governor, Secretary of State, and Supervisors of Elections to perform their respective roles,” Hinkle said. “The national healthcare emergency is not a basis to cancel an election.”

The activist groups said in a letter Monday to Republican Florida Gov. Ron DeSantis and Republican Secretary of State Laurel Lee that it was “imperative” that the state extend the vote-by-mail deadline by at least a week to ensure that college students, quarantined individuals and elderly people vulnerable to coronavirus have “real opportunities to cast ballots.”

The Executive Director of the Advancement Project National Office, Judith Browne Dianis, told the Daily Caller News Foundation her group was disappointed by Hinkle’s order but sounded a note of optimism that there remains a possibility that post-election measures could be taken.

“We intend to continue fighting for expanded voting opportunities so that every Floridian can have their voice heard in this election and in November,” Dianis said.

“For today, we urge voters who are unable or unwilling to go to the polls to request an emergency vote-by-mail ballot from their county Supervisor of Elections,” she added. 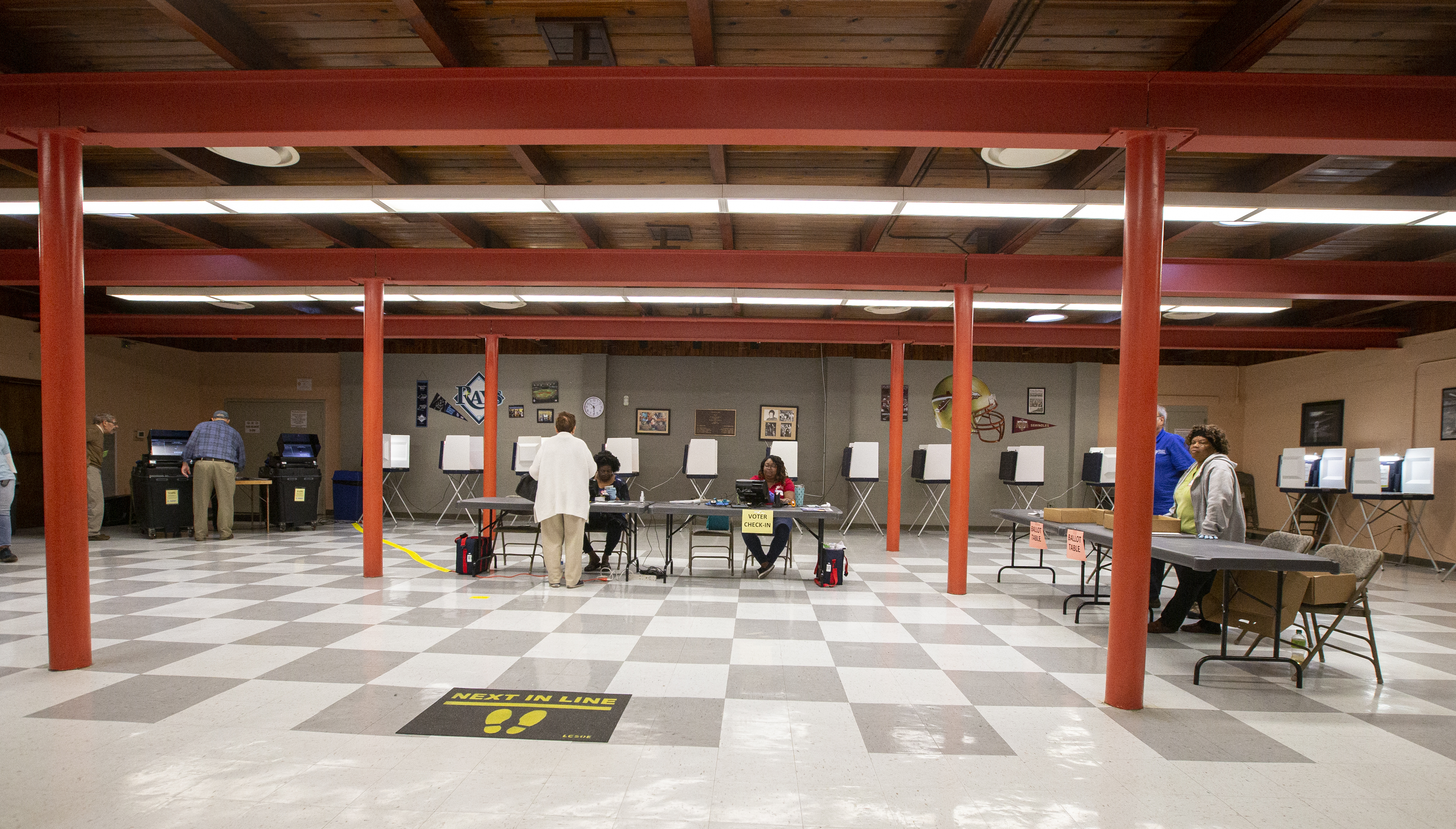 A voter arrives at Leon County, Florida precinct 5105 during the Florida primary on March 17, 2020, in Tallahassee, United States. People are heading to the polls to vote for their Republican and Democratic choice in their parties’ respective primaries during the COVID-19 outbreak. (Mark Wallheiser/Getty Images)

The coronavirus outbreak has introduced significant strains to Florida’s primary election, with hundreds of volunteers backing out as recently as Monday due to the virus, the Associated Press reported. Several polling locations across the state have also been moved in recent days in due to the outbreak.

DeSantis said Friday that his state would proceed with its scheduled Tuesday primary.

“We’re definitely voting,” he said. “They voted during the Civil War. We’re going to vote.”

DeSantis added that most ballots cast in the election were done so already in early voting.

Arizona and Illinois are also holding primary elections on Tuesday. Ohio was set to have a primary election on Tuesday as well, but Republican Gov. Mike DeWine called off the election at the last minute Monday evening due to the coronavirus outbreak. (RELATED: Ohio Primary To Be Delayed After Push From Governor Mike DeWine)

1
'Closer To Animals': Nick Cannon Goes On Racist, Anti-Semitic Rant, Says 'White People' And Jewish People Are 'The True Savages'
US
2
Man Arrested After Shooting Two Washington Police Officers, Killing One
US
3
Virgin Mary Statue Outside Of Church Set On Fire, Police Say
US
4
DENIED: Ghislaine Maxwell Will Remain In Jail Until Her July 2021 Trial
Politics
5
Mueller Prosecutor Calls For A Roger Stone Re-Do
US