Cook County, Illinois State Attorney Kim Foxx won her Democratic primary election in the county Tuesday, despite controversy over her handling of Jussie Smollett’s case in 2019.

Foxx’s win came Tuesday evening after her opponent, businessman Bill Conway, conceded. The news came after Conway spent millions trying to beat out the incumbent. Foxx’s win has been overshadowed by how she handled Smollett’s case after he was accused of lying about a racist and homophobic attack.

Smollett, a gay and black actor, claimed that he was attacked near his home in Chicago in January 2019. However, police determined that the actor staged the attack and charges were brought against him. Foxx’s office dropped all 16 count of felony disorderly conduct against Smollett in March 2019, and some claimed that favoritism played a role in the decision, CNN reported. There were calls for her removal from office. 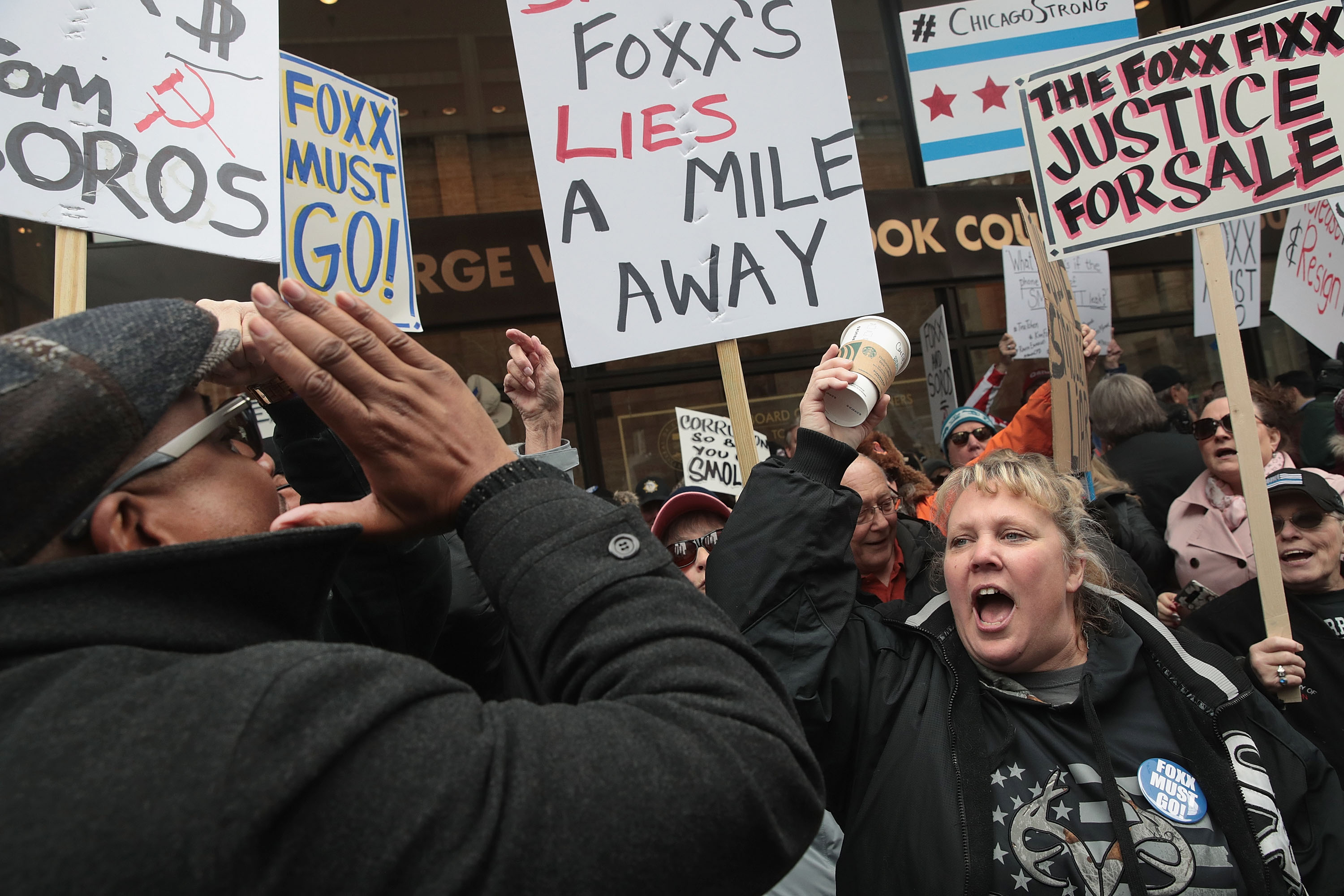 Supporters of Cook County State’s Attorney Kim Foxx (L) argue with protestors during a demonstration organized by the Fraternal Order of Police to call for Foxx’s removal on April 01, 2019 in Chicago, Illinois. (Scott Olson/Getty Images)

The actor had to pay $10,000 bail and did community service. Foxx has admitted that her office mishandled the case, CNN reported. She added that the office could have been more transparent. Special prosecutor Dan K. Webb has blasted Foxx’s office for the situation. (RELATED: Kim Foxx Subpoenaed In Effort To Get Special Prosecutor Appointed Over Smollett Case)

“For the average citizens who live in communities impacted by violence … Smollett is not an issue for them,” Foxx said according to CNN. “I’ll have to answer for it. I’m accountable to it but I’m also accountable that our system is fair and just to everyone.”

Conway used this controversy during his campaign efforts, calling out Foxx and saying that the decision to drop charges “showed that the politically connected get better deals than other people.” Despite Foxx’s office dropping its charges, a Cook County grand jury found Smollett guilty on six counts regarding making false reports to police in February.

Smollett has maintained his innocence.