Asylum seekers under the “Remain in Mexico” program who have a court date within the next month will have their hearings postponed, an action taken by the Trump administration to help stop the spread of coronavirus.

All “Remain in Mexico” master calendar and merit hearings scheduled until April 22 will be rescheduled, the Department of Homeland Security (DHS) and the Executive Office of Immigration Review (EOIR) said in a joint statement late Monday night. The administration made clear, however, that no hearings would be canceled due to the change.

The program, also referred to as Migrant Protection Protocols (MPP), requires most asylum seekers who reach the U.S.-Mexico border to wait in Mexico while their applications are processed through the U.S. immigration court system.

Both DHS and EOIR detailed what asylum seekers should do if they are affected by the delay. 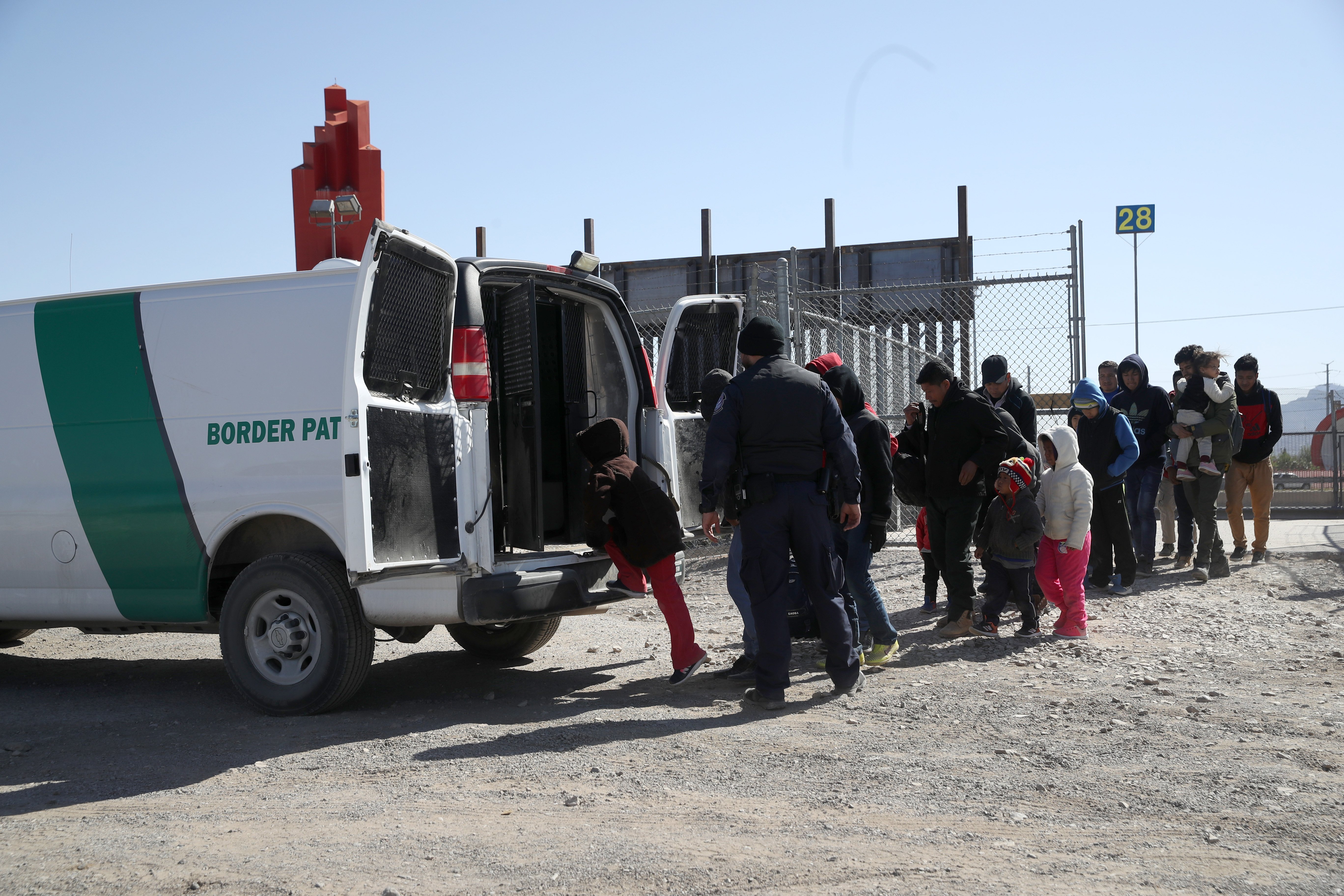 A U.S. Border Patrol agent loads detained migrants into a van at the border of the United States and Mexico on March 31, 2019 in El Paso, Texas. U.S. President Donald Trump has threatened to close the United States border if Mexico does not stem the flow of illegal migrants trying to cross. (Photo by Justin Sullivan/Getty Images)

“Any individual with an MPP hearing date through April 22 should present themselves at their designated port of entry on their previously scheduled date to receive a tear sheet and hearing notice containing their new hearing dates,” the joint-statement explained. (RELATED: Illegal Border Crossings Drop By Half Under Coronavirus Shutdown)

It continued: “DHS and EOIR are deeply committed to ensuring that individuals ‘have their day in court’ while also ensuring the health and safety of aliens, our frontline officers, immigration court professionals, and our citizens.”

First launched in January 2019, Migrant Protection Protocols has sent tens of thousands of asylum seekers back to Mexico, and has become President Donald Trump’s most effective program at reducing the southern border crisis. The administration’s decision to delay hearings will affect roughly 25,000 people currently under the program.

EOIR, the agency under the Justice Department that oversees the immigration court system, has so far kept most immigration courts open — bucking calls from prosecutors, immigration judges, and immigration attorneys to close down all court hearings during the COVID-19 crisis.

However, EOIR has canceled initial hearings through mid-April, and spate of courts have closed across the country where the virus has been proven more rampant.

Legal immigration has been tightened amid the spread of the coronavirus. The State Department on Wednesday announced it was suspending visa services in most countries, and on Friday the administration announced it was closing the southern and northern border to all “non-essential” traffic.