Democratic governors in New York, Washington and New Jersey have deemed abortion an “essential” procedure. But health departments under Republican governors in Alaska, Texas, Ohio, Oklahoma, Indiana, and Iowa as well as the governor of Mississippi said the procedures are non-essential and must be banned in order to reserve Personal Protective Equipment (PPE) for fighting coronavirus.

The American Civil Liberties Union (ACLU) responded to abortions bans by announcing lawsuits against government entities in Ohio, Alabama and Iowa, in coordination with the Planned Parenthood Federation of America and abortion providers in each of these states.(RELATED: ‘COMPLETE AND UTTER BULL****’: Abortion Supporters Furious After Ohio Shuts Down ‘Nonessential’ Abortion Providers) 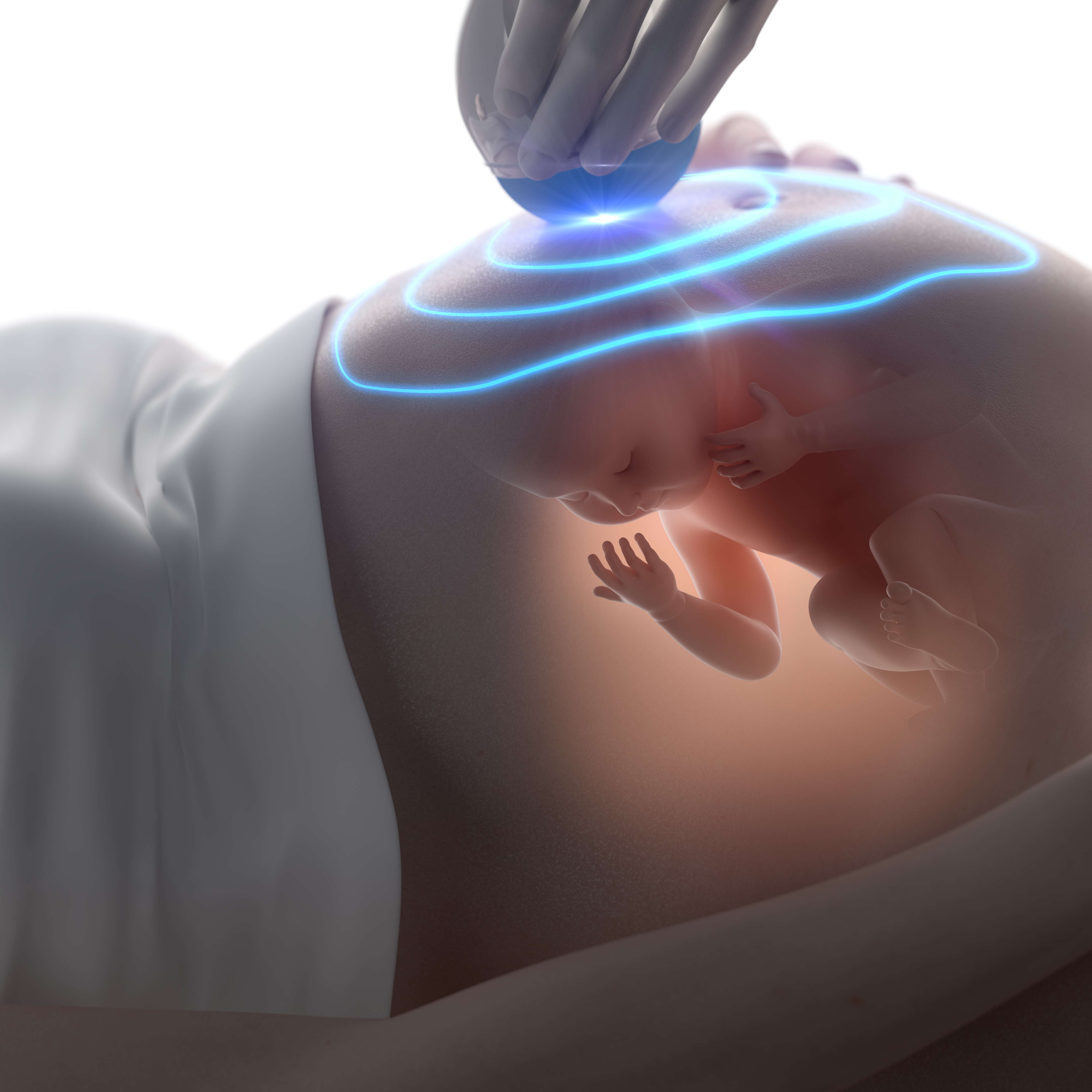 Texas Attorney General Ken Paxton declared Monday that abortion providers “must postpone all surgeries and procedures that are not immediately medically necessary,” pursuant to an executive order from Republican Texas Gov. Greg Abbott. The order took effect immediately and will be in place at least until April 21.

“Failure to comply with an executive order issued by the governor related to the COVID-19 disaster can result in penalties of up to $1,000 or 180 days of jail time,” the AG’s office said in a press release. (RELATED: ‘WE ARE OPEN’: Cleveland Abortion Clinic Defies Health Department Order To Stop Performing Abortions)

Paxton added: “We must work together as Texans to stop the spread of COVID-19 and ensure that our health care professionals and facilities have all the resources they need to fight the virus at this time. No one is exempt from the governor’s executive order on medically unnecessary surgeries and procedures, including abortion providers. Those who violate the governor’s order will be met with the full force of the law.”

“There are many reasons women decide to have an abortion in the already limited time window state law allows, and a delay means denying them the constitutional right to make those decisions in a safe, timely manner with the help of their doctors,” Texas Freedom Network president Kathy Miller said in a statement.

“Many of our patients travel hundreds of miles across the state for care, and some even travel across state lines to access abortion. Additionally, our patients are subjected to mandatory delays and multiple medically-unnecessary visits – all of which already delay timely care,” she told the DCNF on Wednesday.

She added: “Emergency actions during a global pandemic should advance health and safety for us all, not force people to delay much needed care and possibly exacerbate their health situations by doing so. Patients cannot wait until this pandemic is over to receive safe abortion care.”

Mississippi Gov. Tate Reeves announced that the only abortion clinic in the state, Jackson Women’s Health Organization, must stop performing abortions due to the Mississippi Department of Health’s temporary ban on all elective medical procedures and non-essential medical visits during the pandemic.

He added: “We’re doing everything in our power, and have for many years, to make Mississippi the safest place in America for unborn children.”

He also said he would take “additional action” against the Jackson, Mississippi, clinic if it continues to perform abortions.

Dr. Thomas Dobbs, a state health officer, said during a news conference with the governor that he was not familiar with Reeves’s promise.

“And before I would make any comments, I think we have to review the situation a bit more,” he added, according to the Clarion Ledger.

Mississippi Department of Health (MSDH) spokeswoman Liz Sharlot told the DCNF that MSDH has put out recommendations that elective procedures, which would not negatively impact a patient, should be suspended.

“It is up to each facility and healthcare provider to determine whether a procedure is elective or non-elective,” Sharlot said.

Ohio Gov. Mike DeWine announced March 17 that the Ohio Department of Health would postpone elective surgeries and procedures that use PPE. The order went into effect March 18.

Preterm employee Fiona Thomas confirmed to the DCNF that the Cleveland clinic would not stop performing abortions, despite a order from the ODH and a letter from Attorney General Dave Yost.

Following the DCNF’s report on the matter, press secretary Melanie Amato said in a Monday evening statement to the DCNF that ODH “has been made aware of allegations that some health care providers appear to have violated the order on performing non-elective procedures.” (RELATED: Ohio Department Of Health Issues Cease And Desist To Abortion Clinic Defying Coronavirus Order)

“When ODH is made aware of allegations that medical facilities are not being complied with ODH’s order, ODH is asking the Ohio Attorney General’s Office to issue cease and desist orders,” Amato said. “These orders have started going out.”

“This is now an enforcement issue,” she added.

Republican Oklahoma Gov. Kevin Stitt announced in an executive order that elective medical procedures would be postponed until April 7. The governor clarified afterwards that abortions are included in this executive order.

No abortions will be permitted in the state of Oklahoma until April 7 unless there is a medical emergency, the governor’s office said in a press release. The move comes as a result of an increased demand for hospitals beds and PPE.

“We must ensure that our health care professionals, first responders and medical facilities have all of the resources they need to combat COVID-19,” Stitt said. “I am committed to doing whatever necessary to protect those who are on the front lines fighting against this virus.”

Thank you Oklahoma @GovStitt for including abortion in the list of non-essential surgeries that must be postponed during the #COVID2019 pandemic.

Iowa Gov. Kim Reynolds office announced that all elective medical procedures must halt due to the pandemic until April 16. The governor followed up on this announcement by further clarifying that abortions are to be considered non-essential procedures.

“Proclamation suspends all nonessential or elective surgeries and procedures until April 16. That includes surgical abortion procedures,” governor spokesman Pat Garrett said in an email, according to CBS2Iowa.

Reynolds further clarified that the move is intended to preserve PPE.

“The decisions that I have made have been made in the vein of really helping us strategically use our PPE stockpile that we have. That has been an issue from the very beginning of this,” Reynolds said in a press conference.

The governor emphasized that none of the decisions she has made concerning the coronavirus have been made lightly.

“I didn’t close down bars and restaurants to go after the hospitality sector. I did that because we felt that that was an area where we would have potential spread based on data,” she said. “We didn’t make the decision lightly to recommend shutting schools for four weeks. We did that, again, because we wanted to [flatten] the curve, [not] overwhelm our health care systems and really help spread this out so we could preserve that PPE.”

“I didn’t suspend churches and gatherings of more than 10 people to go after our faith community,” she continued. “I did that, again, as part of our metric and our strategy in helping to protect our most vulnerable. It was to make sure that we could protect the PPE and that we could get through this pandemic sooner rather than later.”

“Everyone is making sacrifices, everyone,” the governor added.

Holcomb said that he signed the order with the predicted surges in coronavirus cases in mind.

“We are all watching the numbers, both positive cases of COVID-19 and deaths mount by the day,” Holcomb said, the Indy Channel reports. “We’re living in and through an ‘all hands on deck’ moment if I’ve ever seen one and it is unifying our state in ways that I could not imagine.”

The order will stay in effect until June 15, and included surgical abortions, an attachment stated. (RELATED: Governor Of Alaska Bans Abortions During Coronavirus)

“Healthcare providers are to postpone surgical abortion procedures unless the life or physical health of the mother is endangered by continuation of the pregnancy during the period of postponement.”

The Louisiana Department of Health announced March 21 that all licensed health care facilities in the state postpone all medical and surgical procedures until further notice (unless to treat an emergency medical condition). The measure is intended to preserve PPE and “to utilize hospital staffing, equipment, and bed capacity” for the transition to the COVID-19 emergency.

It is unclear whether abortions are currently banned in the state. (RELATED: Louisiana Department Of Health Refuses To Specify If Abortions Are Banned)

The Louisiana Department of Health refused to address whether abortions are banned in the state to the DCNF. After multiple requests for comment, the state health department said that “the state has not issued guidance or directives to any specific medical field.”

“Doctors have to use their medical judgment to determine what is and what isn’t an emergency medical procedure,” Zimmerman added.

The LDH’s refusal to address the matter comes despite reports that abortions are banned in the state of Louisiana.

This post will be updated if additional states ban abortion procedures during the coronavirus pandemic.