During a Monday phone interview on Fox & Friends, Trump called Pelosi a “sick puppy” after she compared him to the Roman Emperor Nero during a Sunday morning interview on CNN. 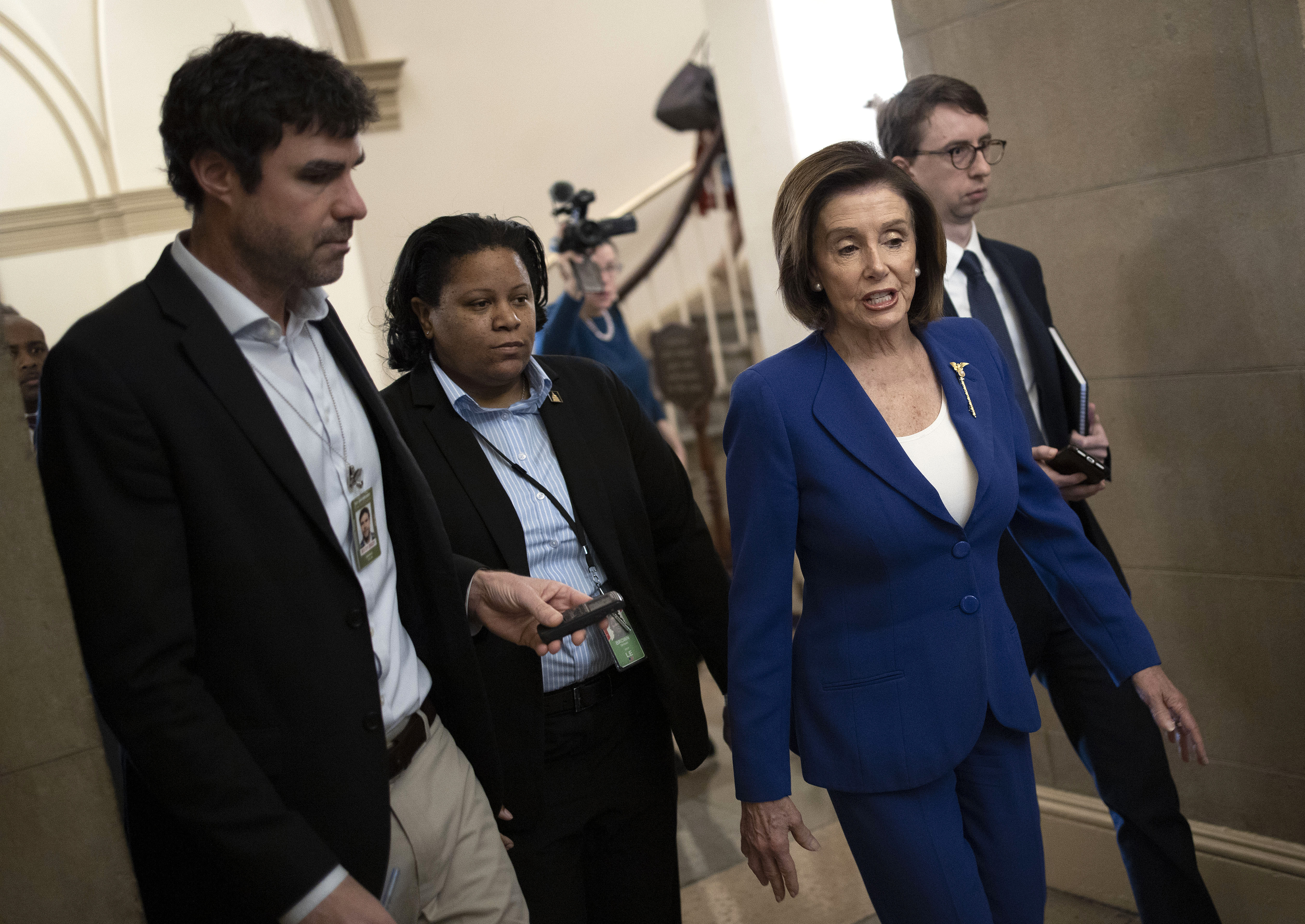 WASHINGTON, DC – MARCH 27: U.S. Speaker of the House Nancy Pelosi (D-CA) talks with reporters as she arrives at the U.S. Capitol on March 27, 2020 in Washington, DC. The House of Representatives is scheduled to vote today on the stimulus bill intended to combat the economic effects caused by the coronavirus pandemic. (Photo by Win McNamee/Getty Images)

“She’s got a lot of problems and that’s a horrible thing to say,” Trump flatly stated. “I stopped some very, very infected, very, very sick people, thousands coming in from China, long earlier than anybody thought, including the experts, nobody thought we should do it except me.” (RELATED: Trump Extends Social Distancing Guidelines To April 30 — Hopes That By June 1 ‘We’ll Be Well On Our Way To Recovery’)

The president repeatedly accused Pelosi of focusing on “playing the impeachment game.”

“There’s something wrong with the woman,” he continued. “She focused on impeachment, and she lost, and she looked like a fool.”

“It unified our party, and I have to say this, it’s never pleasant, but my poll numbers are the highest they’ve been because of her.”

Pelosi suggested to CNN’s Jake Tapper on Sunday that she supported investigating the Trump administration’s response to the coronavirus pandemic.

“When did this president know about this, and what did he know? What did he know and when did he know it?” Pelosi posed during her interview. “That’s for an after-action review, but as the president fiddles, people are dying.”