President Donald Trump signed a coronavirus relief package intended to help the country’s small business economy, but some experts and businessmen have expressed skepticism over whether the funds can be efficiently distributed to each company.

Forced to close their doors and shun customers amid the COVID-19 pandemic, many small businesses across the U.S. are at risk of shutting down permanently — and layoffs have already surged nationwide. As a way to save the U.S. economy, lawmakers passed legislation that provides financial relief to both individual Americans as well as to small businesses.

Small and medium-sized businesses, who employ no more than 500 people, will be able to apply for a forgivable loan backed by the federal government to cover costs, worker’s salaries, and other expenditures. These loans are maxed out at $10 million per each business. 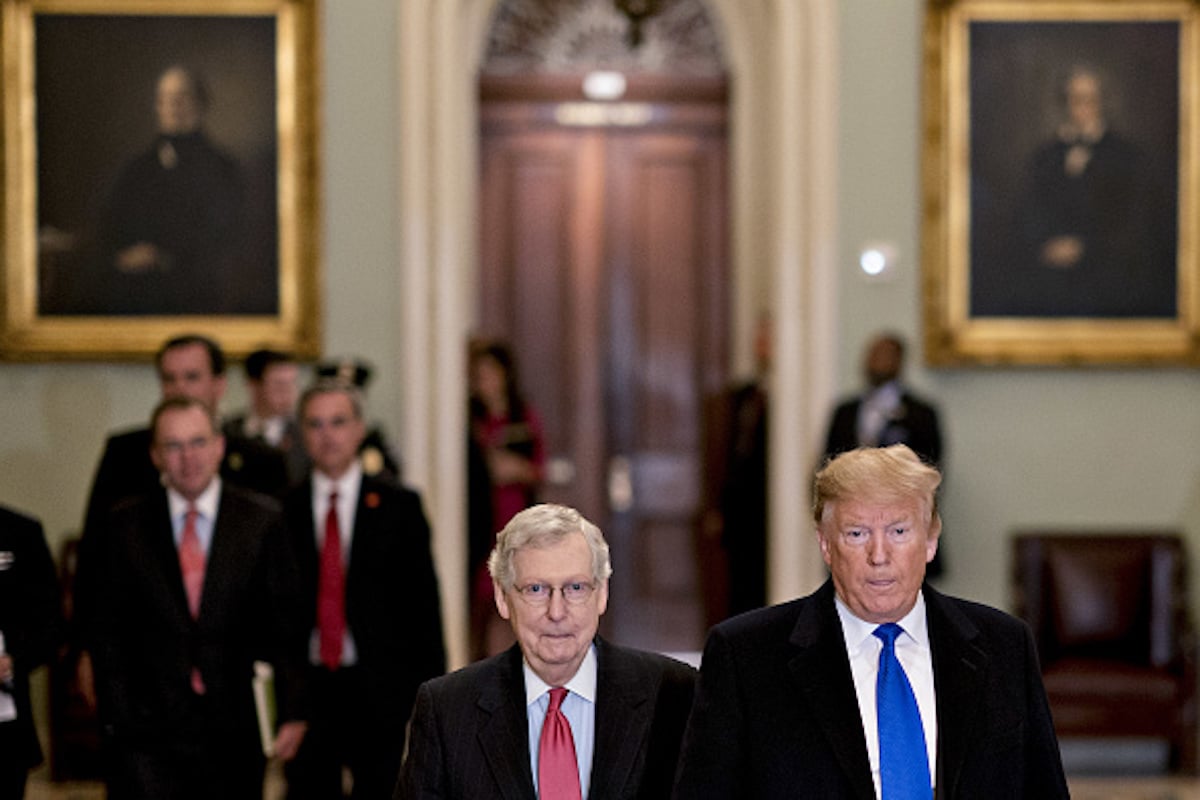 Of this $10 million cash pool, a $1 million “expedited loan” can be made available to each business in a matter of days.

Small businesses owners can then keep requesting loans from their remaining $9 million grant pool. These loans will be forgiven by the federal government as long the money is spent within the first eight weeks they were doled out — with the caveat that the business owners do not fire anyone.

Employers can continue using these funds until the end of 2020, and any remaining balance after eight weeks is put under a low-interest rate.

“It’s crucial for small businesses to be able to maintain payroll as we respond to the COVID-19 pandemic,” said Jessica Anderson, vice president of Heritage Action. “Helping business owners receive loans would keep our nation’s economy ready for the future while saving taxpayers from extending costly bailouts.”

For many small businesses across the country, survival depends on how quickly the governments can distribute the funds. A business owner who runs numerous small businesses said he’s been in constant contact with other employers, and many of them could soon begin laying off workers.

“I’ve been on phone calls all morning with multiple different small businesses,” James Brennan, a California-based entrepreneur who owns several restaurants and other businesses, told the Daily Caller News Foundation. “There are so many internal deadlines that are set [in the coming days].” (RELATED: ‘Idiots’: Sen. Kennedy Tears Into Democrats For Blocking Coronavirus Stimulus Bill In Fiery Speech)

Other business owners who spoke to the DCNF also expressed worry about the current economic situation. Jerry Hoover, the founder of Ohio-based Hoover Trucks, said he has been watching the situation closely.

“We would probably be a bit distressed right now because we don’t have a lot of service work rolling in, and it’s hard for us to sell used truck equipment with the economy and the shakes that it’s going through,” Hoover said, adding that when the Dow Jones drops, one of the first things to fall along with it is truck sales.

However, passage of the stimulus package is only the first phase of the process. How the funds are transferred from the treasury to small business owners could pose a problem in and of itself.

The bailout plan is to use the existing Small Business Administration (SBA) infrastructure to get the funds out. Now that the bill is approved, hundreds of small banks that are affiliated with the SBA will be tasked with processing these loans.

One financial expert who spoke with the DCNF reiterated the need for banks to be prepared for the onslaught of applications.

“With so many of our nation’s small businesses simultaneously needing access to an increased amount of credit during this sharp coronavirus-caused slowdown, our banks and credit unions must be prepared for a surge in applications,” said Joel Griffith, a financial regulations research fellow at Heritage Foundation.

“The likely temporary decline in activity from other customer segments of the credit industry (such as real estate and automobile financing) should enable financial institutions to redirect resources into processing and underwriting of these small business loans in an expedited fashion,” Griffith added.

Brennan said this process can be run efficiently — if it’s done the correct way.

“In my mind, the way this has to go, it’s got to come across an underwriter’s desk,” Brennan said. “He needs to pull up the tax return, he needs to look up the payroll history, he needs to look at the current financial statement on what’s been spent on payroll, and then whatever the mathematical equation that they’re using to generate how much money each company is going to get – if it’s driven off that one line, they will be able to move quickly.”

“If it gets convoluted, and now all the sudden they have to look at all sorts of different things that factor into that mathematical equation, then I have not a lot of confidence,” he continued.

It’s not yet certain how many applications small banks will receive. Hoover, for example, said he is reluctant to apply because there will likely be “strings attached” to the money.

The SBA did not return a request for comment regarding this process.

Senate lawmakers struggled to reach a deal palatable for both parties over the past week, with the first vote failing. The relief package was passed in the upper chamber on Wednesday after senators reached a compromise. The House, despite some protests among hardliners on both sides, passed the bill on Friday.

Brennan said Washington, D.C.’s failure to quickly pass a relief package was a “terrible miss” on their part.

“It won’t be enough,” he said of the funds being allocated to small businesses. “And they have really made it very difficult on a lot of businesses that have Private Equity investments in them. It was a terrible miss on their part.”

Brennan, who employs roughly 600 people across all of his businesses, however, did mention that passage of the relief package gives business owners and employees a sense of relief.

“I can tell my people across the board that their paychecks are secure, we are going to get them to sit still,” he told the DCNF.

“And that is what’s going to get the health side of this fixed because the worry and the fear of feeding their families is going to be eliminated, and they are going to be able to take a breath and sit still for the time period that we need to get our arms around this thing,” Brennan said.

As for individual Americans, U.S. Treasury Secretary Steve Mnuchin on Sunday said they can expect to see their stimulus checks within three weeks. The government, Mnuchin added, is creating a web-based system that will allow people to submit their direct deposit information, allowing them to receive money directly into their bank account.