A source familiar with the situation confirmed to The Hill that Fauci was given the security detail after receiving threats. The nature of the concerns included “threats as well as unwelcome communications from fervent admirers,” The Washington Post reported, citing sources inside the Department of Health and Human Services and the Department of Justice.

“Fauci did not directly answer when asked by The Hill at Wednesday’s press briefing if he’d been given additional protection, deferring the question to the Department of Health and Human Services inspector general,” wrote The Hill’s Brett Samuels. “A second person familiar with the situation said the additional security was under discussion last month and was likely implemented in recent days.”

“He doesn’t need security,” Trump told reporters as the topic was being discussed Wednesday. “Everybody loves him. Besides that, they’d be in big trouble if they ever attacked him.”

HHS Secretary Alex Azar has been increasingly concerned about Fauci’s safety amid his growing national profile, the Post reported, and his department has reportedly “asked the U.S. Marshals Service to deputize a group of agents in the office of the HHS inspector general to provide protective services for the doctor, according to an official with knowledge of the request.” 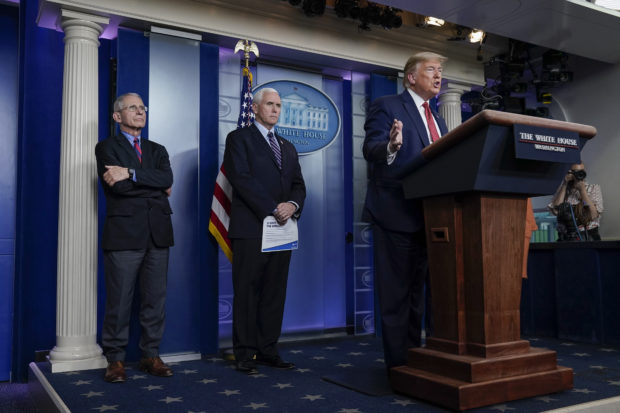 A physician and immunologist with an over fifty-year health care career, Fauci has served as director of the National Institute of Allergy and Infectious Diseases (NIAID) since 1984 and was tapped in January by the president to become a member of the White House coronavirus task force. (RELATED: ‘I Guess We Got To Do It’: Dr. Fauci Explains The Moment That Led To Trump Extending Social Distancing Mandate)

Since then, his profile has skyrocketed to the level of national celebrity as Americans deal with the social, health and economic ramifications of the virus’ spread. Fauci recently called efforts to deal with both public health and economic concerns a “delicate balancing act” that President Trump “is trying to get right.”