Minutes after the Senate passed the phase 3 bill on March 25, Senate Minority Leader Chuck Schumer told reporters that “odds are high” for a fourth stimulus package, while hinting that $2 trillion dollars will not be enough funding to fight the spread of the deadly virus.

Speaker of the House Nancy Pelosi then held a press conference last Thursday to address the coronavirus pandemic. In the press conference, Pelosi began to speak about what she would like to see in the next coronavirus relief package, despite the fact that the House had not yet passed the third. Pelosi also added that the fourth package should be negotiated among the Big Four leaders of Congress.

On Wednesday, Pelosi said that she wants to move forward with an infrastructure plan when the House is back in session, saying it is “essential because of the historic nature of the health and economic emergency that we are confronting.” 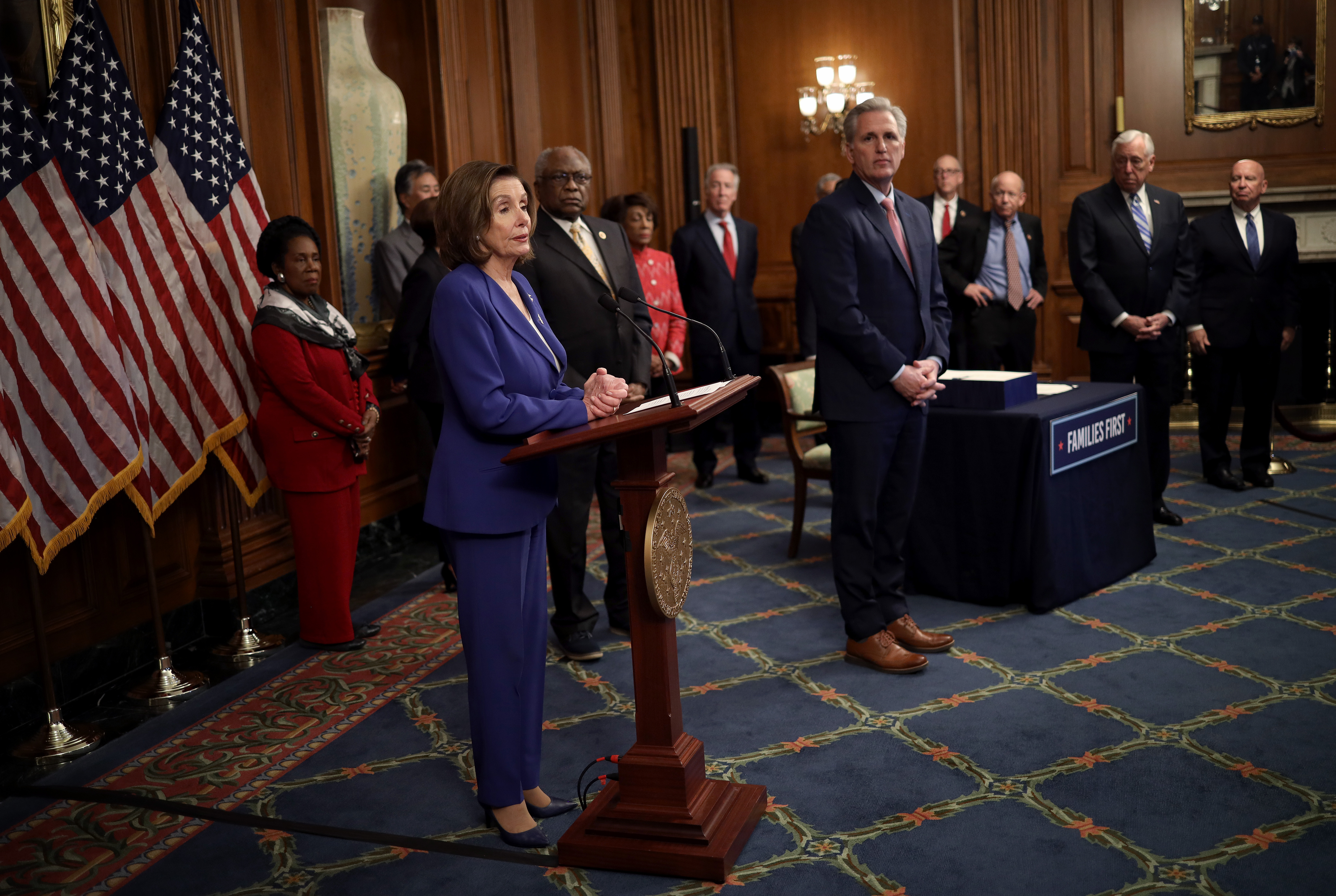 The new bill will likely be focused on infrastructure and would be based on a fact sheet from January, which was created by House Democrats, according to CBS News. The legislation would likely cost $760 billion around plus an extra $10 billion for community health centers. The framework focuses on these twelve points:

Meanwhile, House Minority Leader Kevin McCarthy continued Thursday to advise against rushing to a phase 4 coronavirus package, as the House just passed the $2 trillion legislation which he says needs to be implemented correctly.

Republican Texas Rep. Chip Roy told the Daily Caller, “How about we make Phase III actually work first, and stop talking about spending long-term money on transportation infrastructure and a liberal Pelosi wish-list like some New Deal wannabes. We need to fix what was wrong in Phase III, get capital flowing immediately, get on top of healthcare, and re-start the economy.”

“I’m not opposed to infrastructure. What I’m opposed to is using a crisis to try to restructure government,” McCarthy said Thursday as Democrats have been rushing to put together a phase 3 coronavirus package. (RELATED: Senate Finally Passes $2 Trillion Coronavirus Emergency Relief Package)

McCarthy said on March 26 that he “wouldn’t be so quick to say you have to write something else. Let’s let this bill work, just as long as we let the other two bills work as well. And whatever decision we have to make going forward, let’s do it with knowledge, let’s do it with the experience of what’s on the ground at that moment in time.”

At a Thursday press conference, McCarthy said the Democrats in the House should spend time making sure the phase 3 stimulus package is “implemented correctly.” (RELATED: Pelosi Says Senate Coronavirus Bill Is Discriminatory To Residents In DC, One Day Before House Vote)

The House and Senate are both in recess until April 20.

1
All 57 Members Of Police Unit Resign ‘In Disgust’ After 2 Officers Suspended For Pushing Elderly Man
US
2
15 People Died In The Protests And Riots Following George Floyd's Death. Here's Who They Are
US
3
Journalists, Publications Use Out Of Context Trump Quote About George Floyd To Push Fake News
Media
4
Lisa Page Lands New Gig As National Security And Legal Analyst At NBC News
Media
5
'You Are Something Else': Trump Chastises PBS Reporter After She Interrupts Him With Questions During Bill Signing
Media