Attorney General Bill Barr announced Tuesday that the City of Greenville in Mississippi appeared to have “singled churches out” as essential services that may not operate according to state social-distancing guidelines, Fox News reported.

The Justice Department intervened in Temple Baptist Church’s lawsuit against Greenville police for ticketing congregants during a drive-in service amid coronavirus social-distancing rules, saying that it “strongly suggests that the city’s actions target religious conduct,” according to Fox.

Police began issuing $500 tickets to congregants who refused to leave a parking lot where the church was holding a drive-in service, prompting the Justice Department to file a statement of interest following the church’s lawsuit. “The United States has a substantial interest in the preservation of its citizens’ fundamental right to the free exercise of religion, expressly protected by the First Amendment,” the statement says. 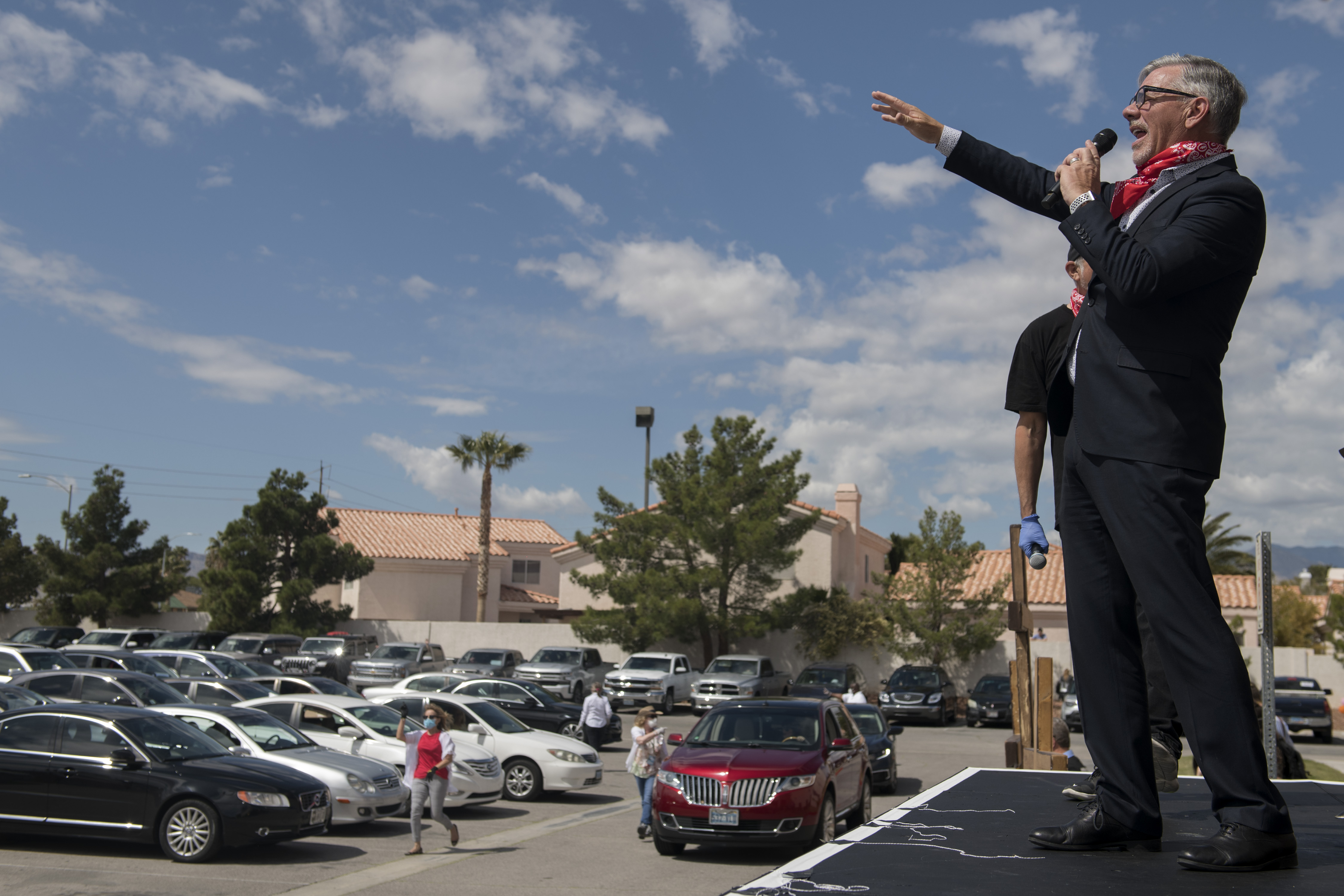 Pastor Paul Goulet leads a drive-in Easter service amid the Coronavirus pandemic at the International Church of Las Vegas in Las Vegas, Nevada on Sunday, April 12, 2020. – (Photo by BRIDGET BENNETT/AFP via Getty Images)

“To that end, the United States regularly files statements of interest and amicus briefs on important issues of religious liberty in courts at every level, from trial courts to the Supreme Court of the United States.”

“Today, the Department filed a Statement of Interest in support of a church in Mississippi that allegedly sought to hold parking lot worship services, in which congregants listened to their pastor preach over their car radios, while sitting in their cars in the church parking lot with their windows rolled up,” Attorney General Bill Barr said Tuesday, according to Fox News.

“The City of Greenville fined congregants $500 per person for attending these parking lot services – while permitting citizens to attend nearby drive-in restaurants, even with their windows open.”

He adds that “the City appears to have thereby singled churches out as the only essential service (as designated by the state of Mississippi) that may not operate despite following all CDC and state recommendations regarding social distancing.” 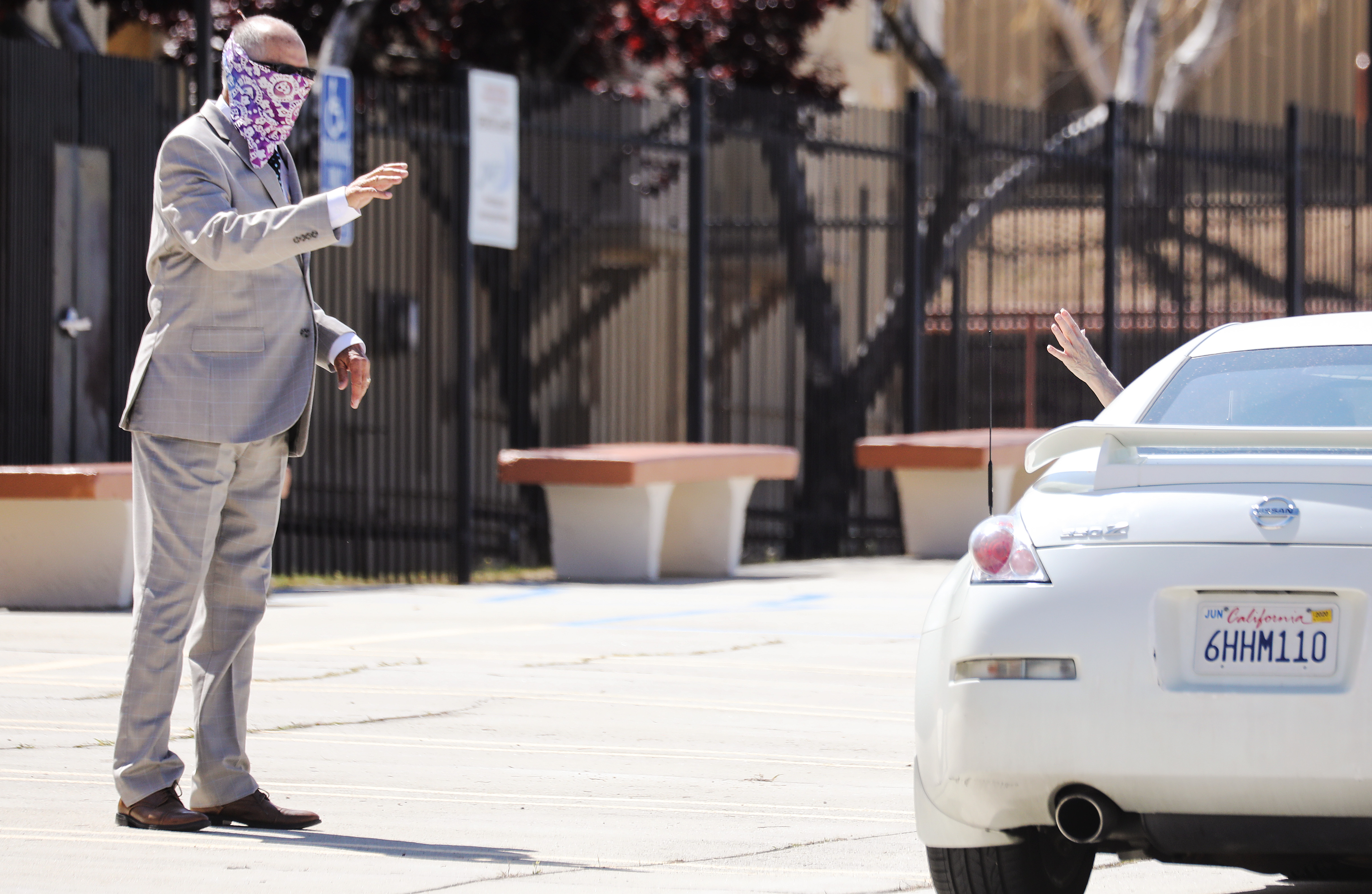 While the city allows citizens to sit in their vehicles at a drive-in restaurant with windows rolled down, the city forbids drive-in church services, although churches such as Temple Baptist were qualified as “essential.”

“The allegations in this complaint strongly suggest that the city’s prohibition of drive-in church services, despite the inclusion of measures to reduce the risk such as requiring people to remain in their cars, are neither neutral nor generally applicable,” the Justice Department said. (RELATED: ‘Take A Step Back’: Rand Paul Rips Kentucky Governor Over Easter Church Measures)

“Under strict scrutiny, the city has the burden to demonstrate that prohibiting the small church here from holding the drive-in services at issue here — services where attendees are required to remain in their cars in the church parking lot at all times with their windows rolled up and spaced consistent with CDC guidelines — is the least restrictive means of furthering a compelling interest,” the filing states.

The Justice Department adds that if the facts alleged by the church are proven, they establish a “free exercise violation” and the city would need to demonstrate that its actions are neutral and apply generally rather than unfairly target religious institutions. “As of now, it seems unlikely that the city will be able to carry that burden.”

“The United States Department of Justice will continue to ensure that religious freedom remains protected if any state or local government, in their response to COVID-19, singles out, targets, or discriminates against any house of worship for special restrictions,” Barr said, according to Fox News.