Speaker of the House Nancy Pelosi criticized President Donald Trump for placing a hold on funding for the World Health Organization (WHO), saying that the decision will be overruled.

“This is another case, as I have said, of the President’s ineffective response, that ‘a weak person, a poor leader, takes no responsibility. A weak person blames others.’ This decision is dangerous, illegal and will be swiftly challenged,” Pelosi said Wednesday in a statement. 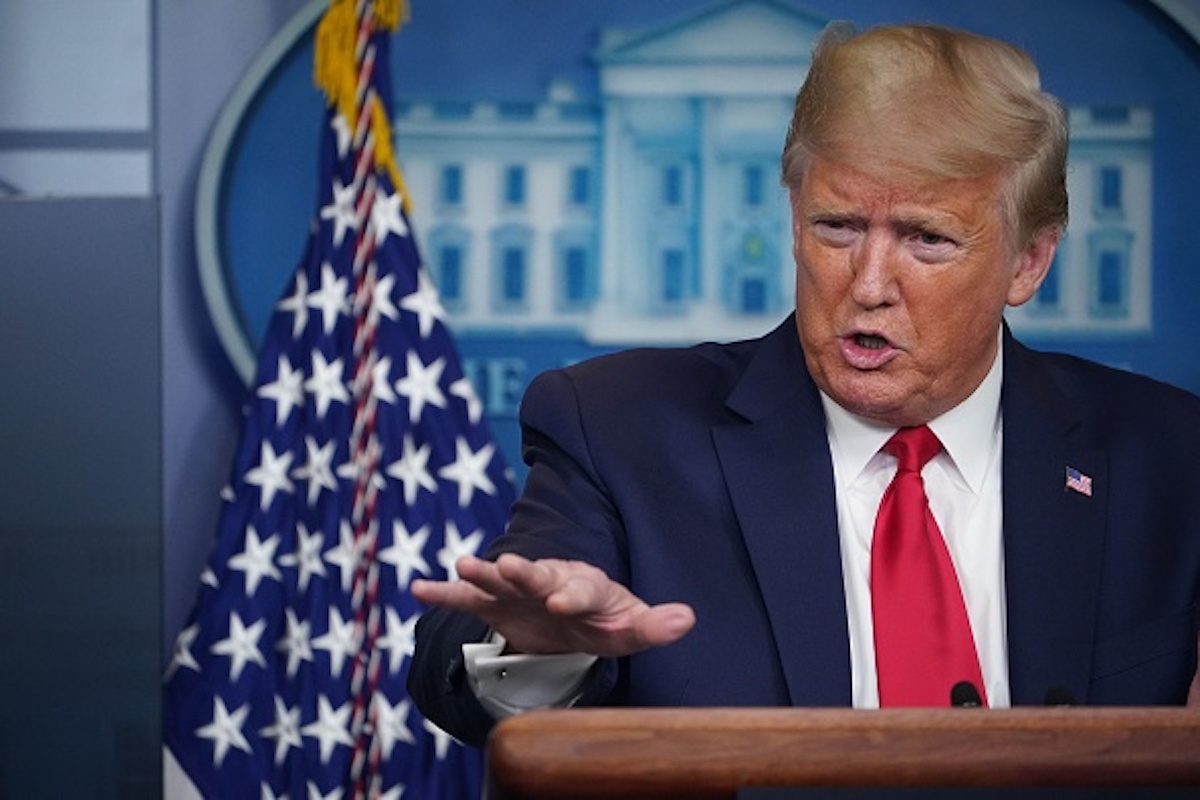 President Donald Trump speaks during the daily briefing on the novel coronavirus, COVID-19, in the Brady Briefing Room at the White House on April 8, 2020, in Washington, DC. (Photo by MANDEL NGAN/AFP via Getty Images)

Trump officially cut off America’s funding for the WHO on Tuesday, saying the group had contributed to China’s misinformation on the coronavirus. (RELATED: President Trump Cuts Off Funding For World Health Organization Over COVID-19 Handling)

Many Republicans have continued to say the WHO has been covering up the virus and caused deaths that could have been prevented.

Republicans in Congress have also been continuing to push for information from the WHO. Republicans on the House Oversight Committee sent a letter Thursday to the WHO, asking them to detail their relationship with China in regards to the coronavirus pandemic.

Ranking Member Jim Jordan said in a statement that “The World Health Organization should be ashamed that they relied on Chinese propaganda when deciding how to combat the coronavirus crisis. President Trump is right to question the WHO’s role in global health going forward.”