The Washington Post ran a story Sunday on HHS employees working at the World Health Organization in January and February, saying that their presence at WHO “undercuts” President Donald Trump’s administration’s claim that WHO’s “failure to communicate the extent of the threat, born of a desire to protect China, is largely responsible for the rapid spread of the virus in the United States.”

HHS spokeswoman Caitlin Oakley called the story “misleading,” telling the DCNF in an email that those staff were technical and had “no role” in decisions made by WHO leaders. (RELATED: WaPo, NYT Aiding China’s Global Propaganda Efforts, Watchdog Warns)

“Furthermore, I’d add that just because you have Americans embedded in WHO providing technical assistance does not change the information you are getting from WHO leadership,” Oakley said. “We have learned now that WHO information was incorrect and relied too heavily on China.”

WaPo has not responded to a request for comment from the DCNF. The publication has come under fire in the past for running paid supplements from China Daily, the Chinese government’s state media arm, that are designed to look like real news articles, the DCNF previously reported. Watchdog organization Freedom House said that Chinese state media exploits “foreign media outlets” through these paid supplements. 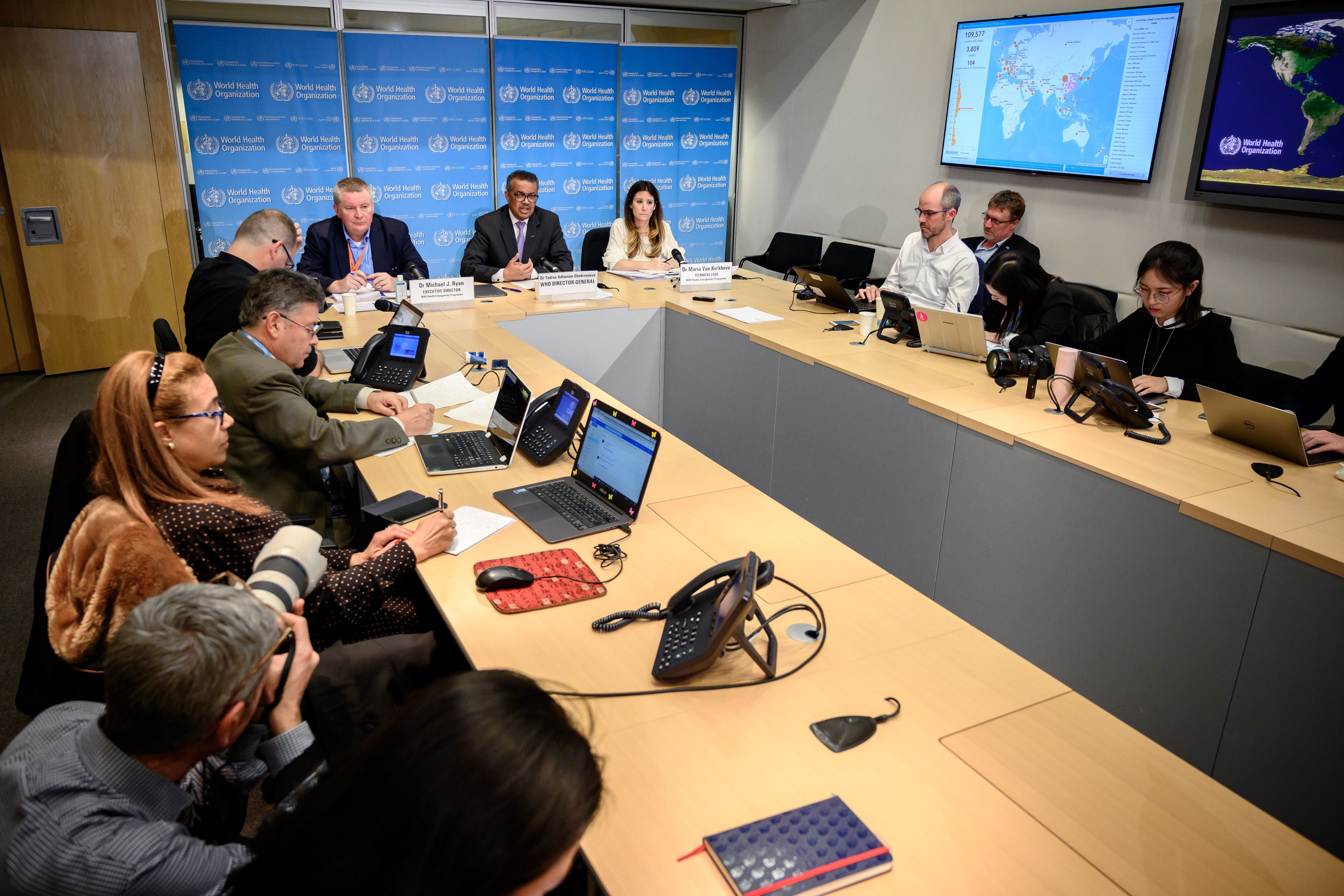 HHS and the CDC offered “multiple times” to send a team of American experts to China during January and February, Oakley said, noting that HHS Secretary Alex Azar pushed World Health Organization Director-General Tedros Adhanom Ghebreyesus “to have the WHO get boots on the ground ASAP.”

But this did not happen until Feb. 16, after China had still not properly communicated the dangers of the virus, she said, providing the DCNF a timeline of WHO’s and China’s procrastination. (RELATED: REPORT: China Concealed Over 43,000 Confirmed Coronavirus Cases By End Of February)

The following day, Redfield again emailed Gao and offered CDC assistance, saying, “I would like to offer CDC technical experts in laboratory and epidemiology of respiratory infectious diseases to assist you and China CDC in identification of this unknown and possibly novel pathogen.”

On Jan. 6, Redfield sent a formal letter to the China CDC offering full U.S. CDC assistance at the request of Azar, Oakley said.

On Jan. 14, WHO tweeted that “preliminary investigations conducted by the Chinese authorities have found no clear evidence of human-to-human transmission of the novel #coronavirus (2019-nCoV) identified in #Wuhan, #China,” a tweet relying on information from Chinese authorities, which has been demonstrated to be false.

Finally on Feb. 16, an international joint mission led by the WHO arrived in China and met with their colleagues from China for the first time, according to Oakley. This mission included Cliff Lane from the National Institutes of Health (NIH) and Weigong Zhou from the CDC, Oakley said.

WHO, rather than criticizing China for the delay in providing information on the virus, has repeatedly regurgitated Chinese propaganda and run interference for them during the global pandemic. Tedros even praised China for the country’s “transparency” on the virus — though China attempted to cover up the outbreak. (RELATED: Chinese Government Finally Acknowledges Underreporting Coronavirus Cases)

“We should tell the truth,” Tedros said in February when asked if the Chinese government requested that WHO praise China’s coronavirus response. “And that’s the truth. China doesn’t need to ask to be praised.”

“China is actually setting a new standard for outbreak response,” he also said on Jan. 30.

“The real question is, why did WHO leadership not press China harder and publicly for transparency, and why did it accept blindly the information China was producing?” Oakley asked. “The lack of transparency aided and abided by WHO leadership hampered understanding of the virus and delayed the global response.”

President Donald Trump has not directly criticized China in recent weeks, but he frequently has criticized the WHO for being “China-centric,” and cut off U.S. funding for the WHO on Tuesday.

“The WHO’s reliance on China’s disclosures likely caused a 20-fold increase in cases worldwide, and it may be much more than that,” Trump said April 14. “The WHO has not addressed a single one of these concerns nor provided a serious explanation that acknowledges its own mistakes, of which there are many.”