Animal-rights activists are reporting that black cats in Vietnam are being killed and ground-up into paste for consumption to treat coronavirus, according to New York Post.

The No to Dog Meat charity said that black cats are boiled, skinned and cooked before being turned into paste and sold as medicine to treat the coronavirus, South West News Service reported, according to the New York Post.

The practice is centered around the city of Hanoi, but the substance is also being sold online. Videos obtained by the South West News Service show rows of dead cats drying in the sun after being slaughtered, as well as a live cat being boiled, the New York Post reported. 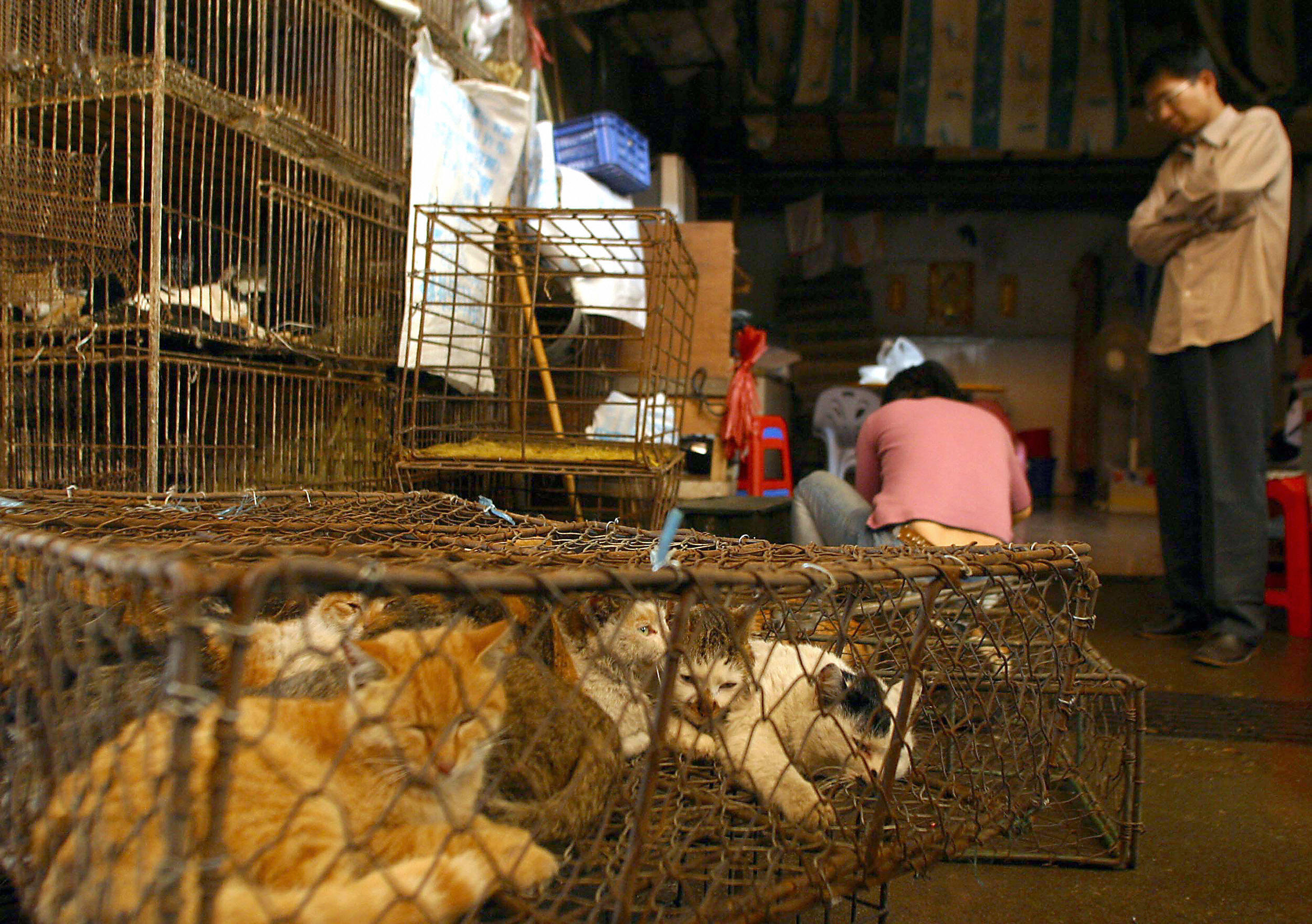 Various animals including cats are one sale for their meat at a market in Guangzhou, southern China. (STR/AFP via Getty Images)

“There is no evidence whatsoever that eating cats cures coronavirus, and even if there was, this inhumane treatment is a level of cruelty that is unacceptable even for those who eat meat,” Julia de Cadenet, founder of No to Dog Meat said according to New York Post.

When the virus first broke, rumors spread that pets could spread the disease, leading many people to round up animals and kill them, de Cadenet continued.

The conditions animals face in Asian countries have come under scrutiny during the coronavirus pandemic after the virus was believed to have originated at a wet market where exotic livestock was sold.

Animal rights activists as well as American lawmakers and organizations like the United Nations have condemned the wet markets, where cats and dogs are sold as meat in some regions of China. (RELATED: PETA Pushes Back Against Wet Market Supporters, Reveals Videos Showing Boiled Dogs)