Democratic California Sen. Kamala Harris in April 2019 said she believes 2020 presidential candidate Joe Biden’s accusers, however, she has not addressed the reports that have surfaced backing up the claims that Biden sexually assaulted a female staffer when he was a senator.

“I believe them and I respect them being able to tell their story and having the courage to do it,” Harris said at a presidential campaign event in Nevada. When asked if Biden should run for president, Harris said “He’s going to have to make that decision for himself. I wouldn’t tell him what to do.”

This comes after a 1993 transcript obtained by The Intercept showed that the mother of Biden’s accuser Tara Reade, who has accused the then-senator of kissing her, touching her and penetrating her with his fingers without her consent in 1993, mentioned during a call to “Larry King Live,” that her daughter had problems with a “prominent senator” in Washington. 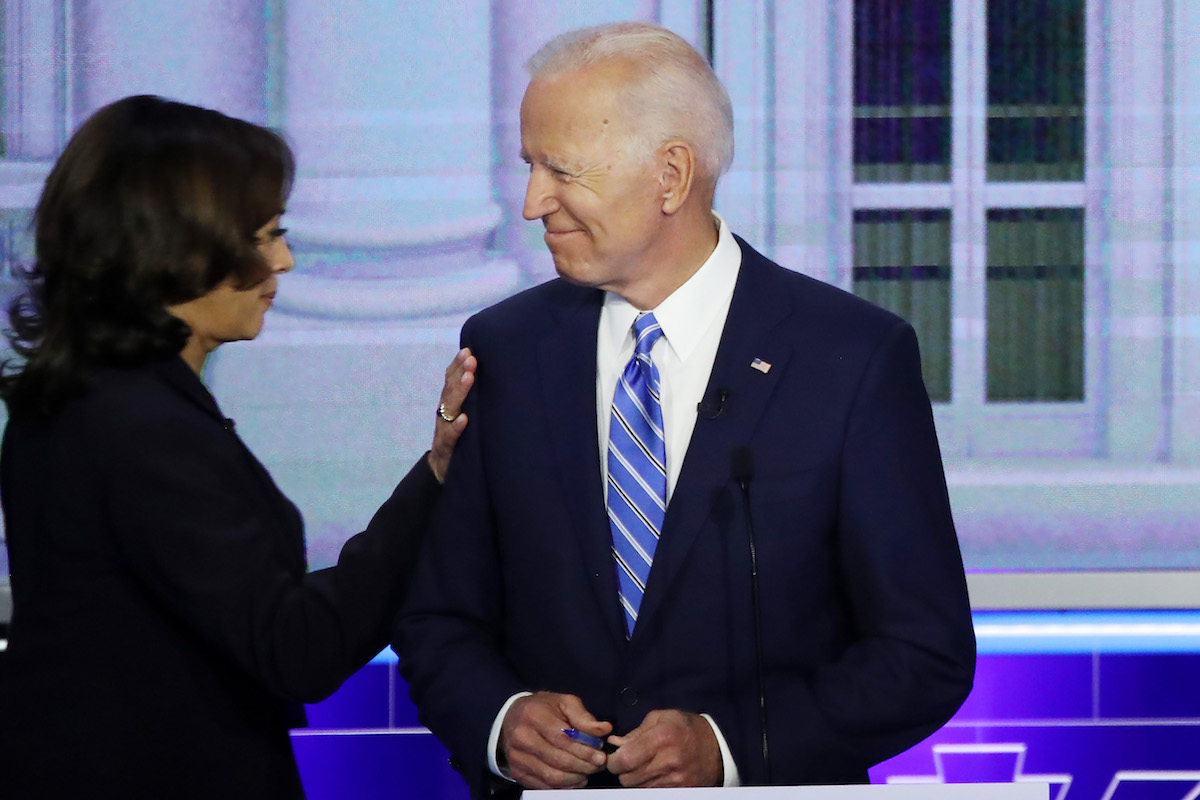 Reade then confirmed to The Daily Caller News Foundation that the voice in the video is her mother’s and that “hearing her voice made me cry.” Reade was reportedly forced out of her job as a senate staffer, she told the Daily Caller News Foundation on Friday. (RELATED: Senate Democrats Refuse To Acknowledge Sexual Assault Accusations Against Joe Biden)

Eight women also have said that the presidential candidate either touched them inappropriately or violated their personal space, making them uncomfortable, according to Business Insider.

The Daily Caller contacted Democrats in the Senate, including Harris, asking them if they would even consider the allegations by Biden’s accuser. Each Senate office was given 24 hours to respond, but not one did.

All of the senators contacted, besides West Virginia Sen. Joe Manchin, voted against the confirmation of Supreme Court Justice Brett Kavanaugh due to sexual assault allegations made against him.