More than 70% of federal prisoners tested for coronavirus had tests that returned positive, the Wall Street Journal reported Thursday.

Of approximately 2,700 inmates, 71% of them — at least 1,928 — tested positive for coronavirus. Some prison officials expect the number to rise as they expand testing, according to the Wall Street Journal.

Officials have said that death and infection rates inside prisons are lower than national rates, but health experts say it’s impossible to know the extent of the problem without broader testing, the Journal reported.

Testing so far has only covered less than 2% of the 153,000 inmates in the federal system. The low testing rate reflects that of the general U.S. population, but prisons and jails face relatively unique challenges in regards to physical distancing measures, which are difficult to implement due to security measures and the cramped, communal living quarters. (RELATED: ’37 Minutes Later’: Inmates Released From Jail Due To Coronavirus Fears Keep Getting Arrested Again)

“Really, this pandemic is challenging us to rethink almost everything we do, while keeping in mind the security requirements of correctional facilities,” Jeffrey Allen, medical director for the Federal Bureau of Prisons, said in an interview Wednesday with the Journal. 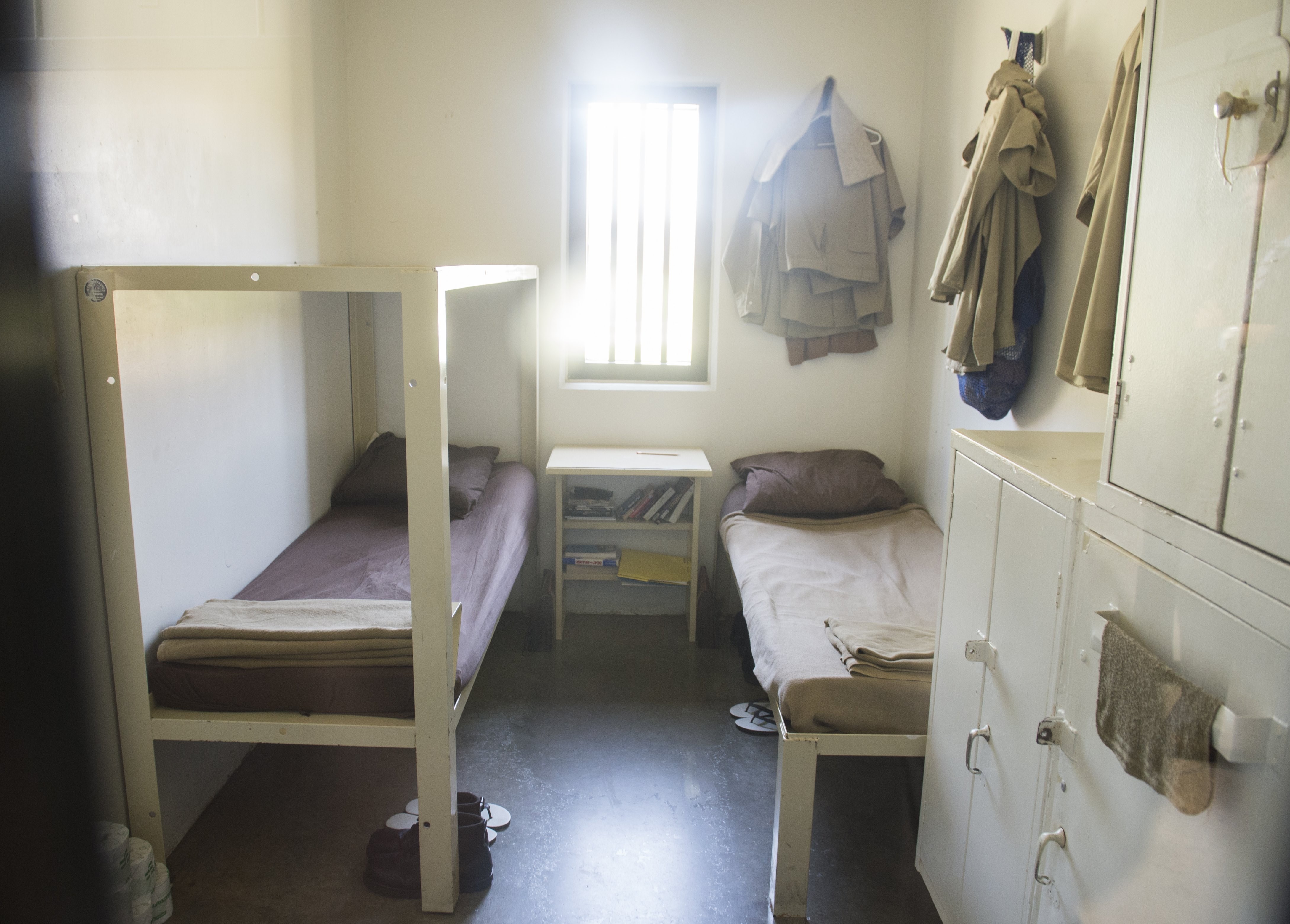 A prison cell is seen through the door window following a tour of the cell block by US President Barack Obama at the El Reno Federal Correctional Institution in El Reno, Oklahoma, July 16, 2015. (SAUL LOEB/AFP via Getty Images)

At least 31 prisoners have died from the virus and at least 343 employees have tested positive, not including the 132 employees that have recovered.

Among the dead is a woman whose baby was delivered by Caesarean section while she was on a ventilator. As many as 130 prisoners are hospitalized with the virus on any given day, Allen told the Journal.

Prisons have suspended visitation, limited transfers of inmates between facilities and begun placing newly arriving prisoners in 14-day quarantine in an effort to corner the virus.