2020 presidential candidate Joe Biden’s accuser Tara Reade says a complaint she filed with the Senate personnel office would prove that former Biden aides Dennis Toner and Ted Kaufman have lied in their denials of her story.

Reade worked as a Senate staffer for Biden in 1993 and has accused the then-senator of kissing her, touching her and penetrating her with his fingers without her consent. (RELATED: Here’s Everything You Need To Know About Biden Accuser Tara Reade And Her Sexual Assault Allegation, All In One Place)

After the alleged assault, Reade told the Daily Caller News Foundation, she complained about sexual harassment to three Biden staffers: Marianne Baker, Biden’s executive assistant, and Dennis Toner and Ted Kaufman, who were both top Biden aides at the time.

Kaufman served as Biden’s chief of staff from 1976 until 1994 and as a Delaware senator from 2009 to 2010. He worked on former President Barack Obama’s transition team in 2008 and has begun work with Biden preparing for Biden’s potential transition to the White House in the case he wins the presidential election, according to the New York Times.

He has also praised Biden for his treatment of women, writing in an April 2019 op-ed: “Here is the truth: In the past 45 years, I have been with Joe Biden during tens of thousands of interactions with women — in small groups, large groups, and one on one. I have never seen a woman visibly disturbed by anything he did.”

But Kaufman, Baker and Toner would not take action when Reade complained to them about sexual harassment, Reade said, so she filed a written complaint with an office she called the “Senate Personnel Office.”

Complaints of this kind were handled by the Senate Office of Fair Employment Practices in 1993, which was replaced by the Office of Congressional Workplace Rights (OCWR) following the passage of the Congressional Accountability Act in 1995. 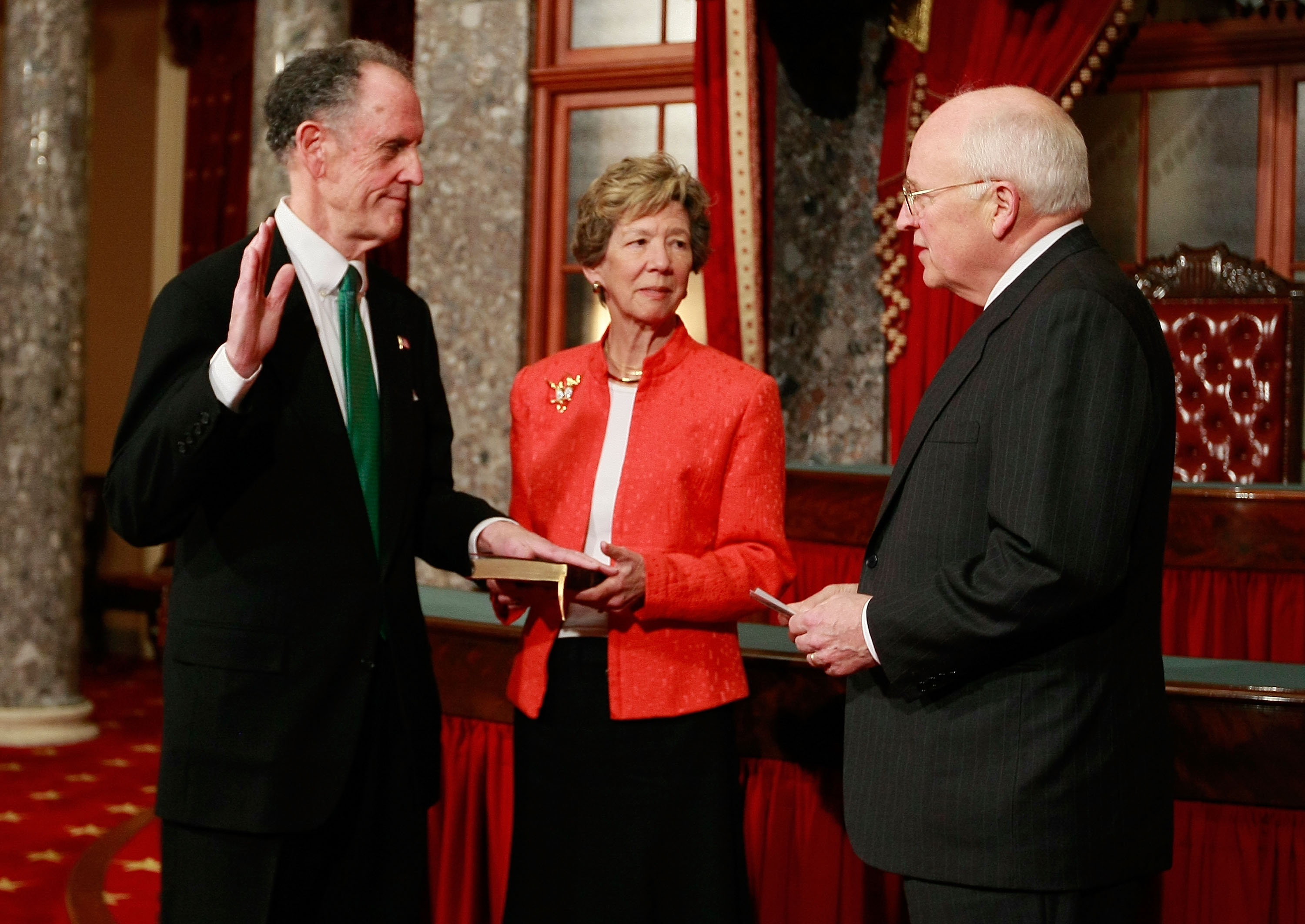 Appointed Sen. Ted Kaufman (D-DE) raises his right hand and is sworn in by Vice President Dick Cheney at the U.S. Capitol on January 16, 2009 in Washington, DC. (Mark Wilson/Getty Images)

The Office of Senate Fair Employment Practices received 28 formal complaints between June 1992 and September 1994, according to a Senate report on the office published in the 1990s. However, OCWR would not say whether it maintains records relating to the complaints received by its progenitor.

“To protect the confidentiality of all claimants, the OCWR does not comment on whether specific claims may or may not have been filed with the office,” OCWR Communications Director Nancy Baldino told the DCNF.

The Washington Post reported in 1993 that most congressional staffers said they were unlikely to file complaints against their bosses out of fear of losing out on future job prospects despite there being a pervasive culture of sexual harassment in the halls of Congress. One third of female congressional staffers surveyed in a 1992 Washington Post poll reported they had been sexually harassed by “co-workers, supervisors, lobbyists or members of Congress.”

Two of the interns who Reade initially oversaw also told WaPo that Reade suddenly stopped overseeing them in April 1993, just a few weeks after the interns had arrived at the Senate office. The interns added that Reade stopped working there a few months later. Neither intern knew why she left.

When she filed her complaint, Reade says she filled out an intake form and handed it to whoever was behind the desk at the office. She was told that someone would call her in for a full discussion and meeting – but “that never happened,” she told the DCNF. She says she does not have the form.

Reade attempted to track the complaint down in 2019. She said she was told that “it would have gone back to Joe Biden’s office, to the Chief of Staff.” She is unsure who told her this, but believes it may have been OWCR.

If this complaint were located, she says, it would show that Biden’s staff members lied on the record when they said they did not have meetings with her.

“That would actually confirm that there was an issue that I went to my supervisors about. It would confirm the serving of the drinks,” she said, referring to her allegation that Biden asked for her to serve drinks at a fundraiser because he liked her legs.

She added that it would confirm that Biden’s “staff lied on the record and said that I never had meetings, when I had more than five meetings total – informal and formal, with the three of them at different times throughout my tenure.”

Reade has also told Business Insider that Kaufman took notes when she spoke with him.

“He’s now denying that we ever had the meeting, and I watched him take notes,” she said. “Those notes would be in my personnel file, along with sick days or any kind of extra notes that I turned in.”

Reade noted that the complaint would show the approximate dates of when some of these events happened.

“It will demonstrate that I did receive retaliation because the other form that should be there that is not in my personnel file right now is my separation letter,” she added. “They forced me to resign. And that will have the date on it.”

Reade said that after she complained to Biden staffers, they took away most of her duties. She described how she was put in an isolated workstation where staff members put a computer and a phone line. She says that Dennis Toner told her to put “special projects” on her resume as her new title and that she was told that she had 12 months to find a new job.

“My job was to find a job,” she said. “And then every time I left my desk I had to check in with Dennis Toner and I had to check with him first thing in the morning and then when I left for the day.”

This kind of treatment was new and had not occurred before the alleged incident with Biden took place, she said.

“Before, I was supervising interns, I was doing staff assisting, I would go to legislative meetings and take notes,” she said. “I would help some of the assistant press secretaries with edits and with writing things, I would give whatever clerical support was needed to legislative assistants and press assistants.”

“And then all of that was taken away,” she added.

Reade says she was told not to interact with staff or interns — only with Toner or Kaufman, who she says told her she was not a good fit. She called this retaliation, and said this is why she filed her complaint.

Both Kaufman and Toner said they do not know Reade in interviews with the Times. The Biden campaign has not responded to multiple requests for comment from the DCNF about Reade’s statement about Kaufman and Toner.

Kaufman told the Times: “I did not know her. She did not come to me. If she had, I would have remembered her.” 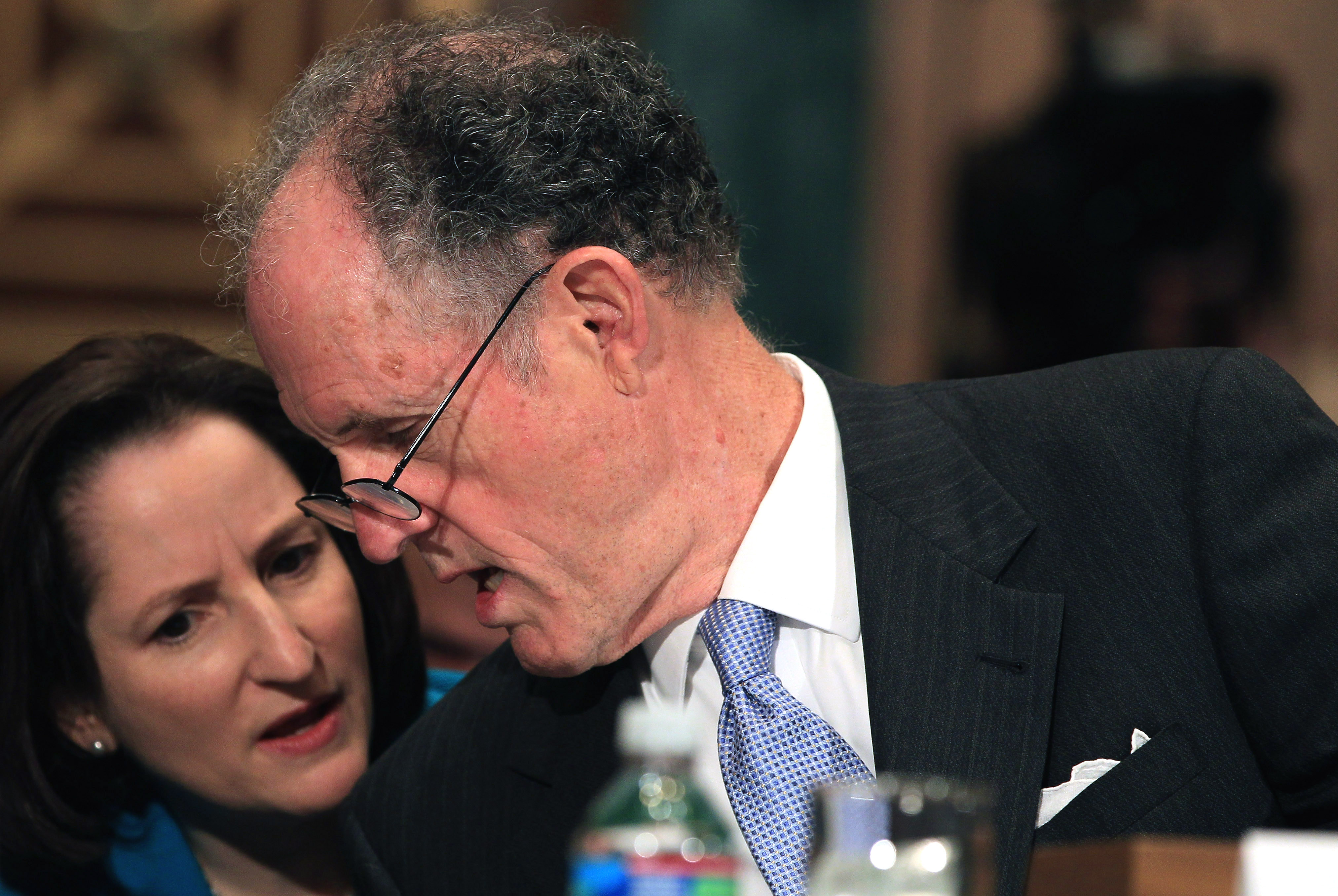 Baker also produced a statement through the Biden campaign, saying: “I never once witnessed, or heard of, or received, any reports of inappropriate conduct, period — not from Ms. Reade, not from anyone. I have absolutely no knowledge or memory of Ms. Reade’s accounting of events, which would have left a searing impression on me as a woman professional, and as a manager.”

Reade believes that her complaint is included in Biden’s Senate records, which are housed by the University of Delaware Library and cover a wide swath of Biden’s political career.

The records are being kept secret until he “retires from public life,” spokeswoman Andrea Boyle Tippett told The Washington Post in July 2019.

Tippett told the DCNF on Tuesday that the University of Delaware would not share the terms of the agreement between the university and Biden detailing why the Senate records may not be released.

“The gift agreement signed when the papers were donated is not a public document,” Tippett told the DCNF.

The collection of these documents fills 1,875 boxes and includes 415 gigabytes of electronic records, containing committee reports, drafts of legislation and correspondence, according to the Post.

Reade called on the former vice president to release these Senate documents in an exclusive interview with the DCNF Tuesday.

“Joe Biden, I want you to release all the personnel records from 1973 to 2009 and be transparent about your office practices,” Reade told the DCNF. “I would like to hold you accountable for what happened to me, to how your staff protected you and enabled you, bullied me multiple times into silence.”

“You ended my career,” she said, referring to Biden. “You ended my job after you assaulted me. You claim to be the champion of women’s rights, but your public persona does not match your personal actions.”

She added: “I want this brought to light and I want you to admit it in public. I want a public apology for calling me a Russian agent and having other people try to smear my character in order to cover your crimes.”