Ibram X. Kendi wrote Monday in The Atlantic that anti-lockdown protesters share a common bond with Antebellum slaveholders: fighting for what he calls “individual freedom.”

“Americans went to war. Americans are still waging this same war, now over COVID-19. A civil war over the very meaning, the very utility of freedom.”

“Slaveholders desired a state that wholly secured their individual freedom to enslave, not to mention their freedom to disenfranchise, to exploit, to impoverish, to demean, and to silence and kill the demeaned. The freedom to. The freedom to harm,” Kendi insists. “Which is to say, in coronavirus terms, the freedom to infect.” (RELATED: MSNBC Guest Calls Anti-Lockdown Protesters The ‘Fox News Nazi Death Cult Rump’ Of The GOP)

Kendi, the director of the Antiracist Research and Policy Center At American University, suggests that those who want to reopen the American economy while there is still one left, are fighting for the same, negative individual freedom that exists at the expense of “communal freedom.”

“Slaveholders disavowed a state that secured any form of communal freedom—the freedom of the community from slavery, from disenfranchisement, from exploitation, from poverty, from all the demeaning and silencing and killing. The freedom from. The freedom from harm. Which is to say, in coronavirus terms, the freedom from infection.”

Anti-lockdown protests have erupted across America from Maine to California. While some demonstrators are emphasizing the increasing danger of destroying the U.S. economy without reopening soon, others are focused on governors who have seemingly aggrandized their power — Democratic Michigan Gov. Gretchen Whitmer recently extended the lockdown in her state throughout May and seized more emergency executive powers in the process. (Judge Napolitano: Politicians Are Taking Our Rights Away In The Name Of Public ‘Safety’) 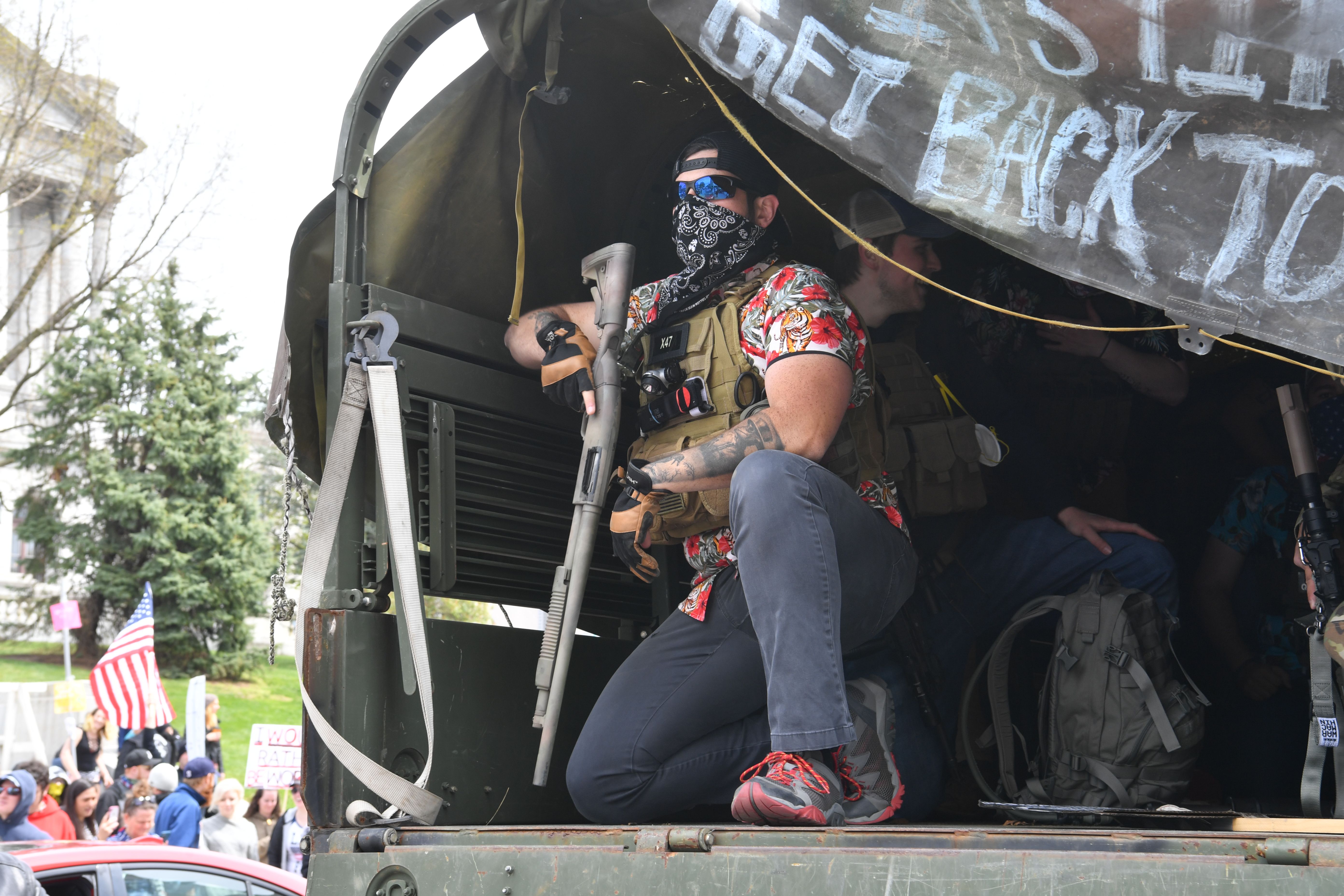 People take part in a “reopen” Pennsylvania demonstration on April 20, 2020 in Harrisburg, Pennsylvania.  (Photo by NICHOLAS KAMM/AFP via Getty Images)

On Apr. 15, anti-lockdown protesters brought their message to the front door of Whitmer’s house.

Fox News legal analyst Judge Andrew Napolitano cited Whitmer’s aggressive social distancing measures on a recent “Fox & Friends” segment and suggested she not “treat us as though we are children.”