President Donald Trump told American families affected by coronavirus “I love you” and said that he doesn’t sleep at night thinking about people dying from the virus in an ABC interview Tuesday.

He continued, talking about what the administration was doing to help people through the pandemic, when he claimed that he doesn’t sleep at night thinking about people who have died.

“And to the people that have lost someone, there’s nobody — I don’t sleep at night thinking about it. There’s nobody that’s taken it harder than me.” 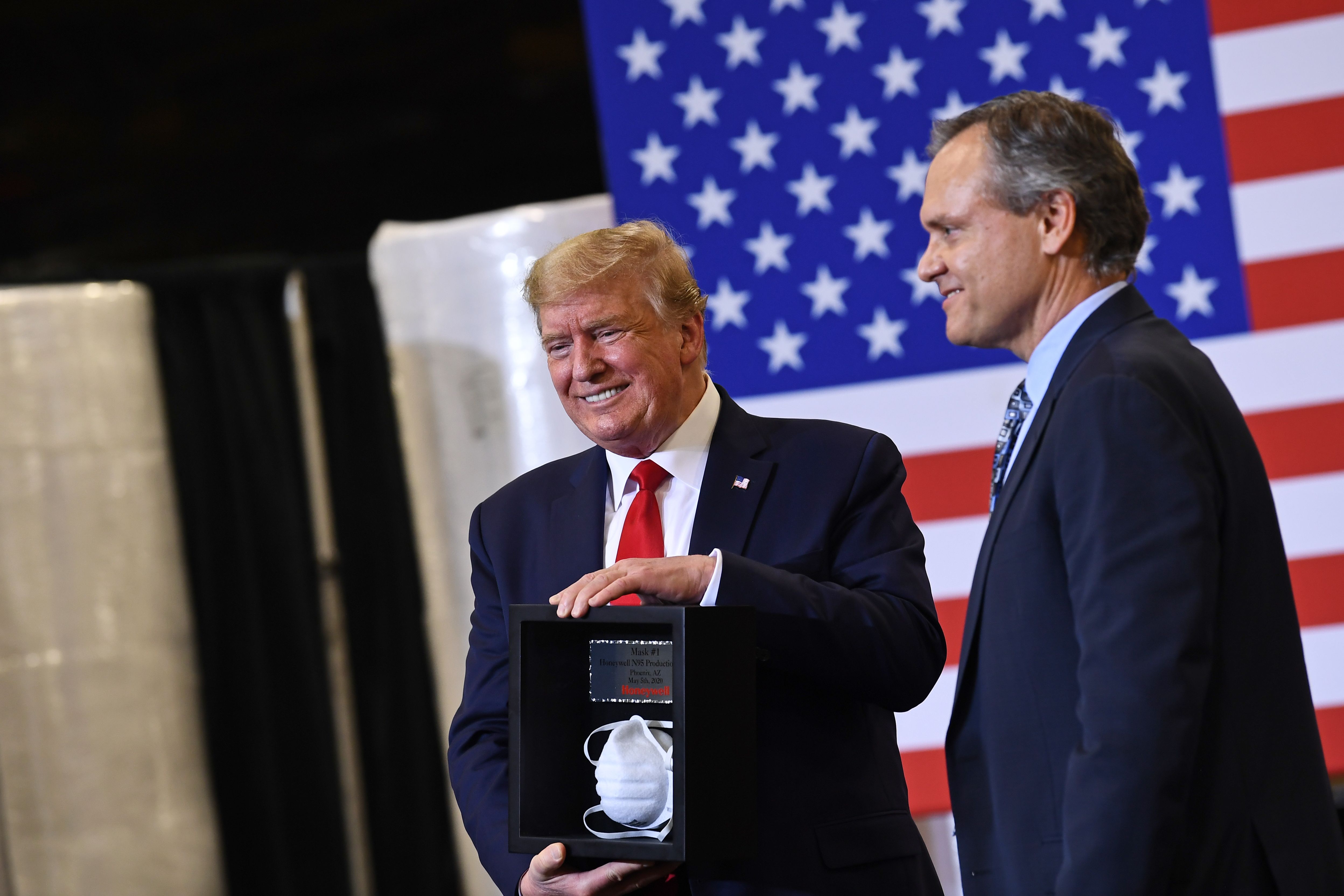 US President Donald Trump holds a mask given by Honeywell CEO Darius Adamczyk (R) during a tour of a Honeywell International plant that manufactures personal protective equipment in Phoenix, Arizona on May 5, 2020. Photo by BRENDAN SMIALOWSKI/AFP via Getty Images

Trump also appeared to warn governors about not taking certain actions in response to coronavirus, telling reporters that he would “stop” a governor from doing something in “two seconds” if he didn’t like it.