Palestinian organizations with ties to terror groups spearheaded an International Criminal Court (ICC) investigation into alleged war crimes by the United States in Afghanistan, a report by a Jerusalem think tank found.

The ICC recently authorized an investigation into alleged war crimes by U.S. forces in Afghanistan. However, a report released Tuesday by the Jerusalem Center for Public Affairs (JCPA) questions the legitimacy of the actors behind the complaint as well as the impartiality of the chief prosecutor herself.

“The International Criminal Court (ICC) has returned as a central issue of debate in American foreign policy. But the debate this time not only influences American interests but also the interests of its key allies, especially Israel,” read the opening of the JCPA report.

Since 2017, the International Federation for Human Rights (FIDH) and the Center for Constitutional Rights (CCR) pushed the ICC — an international tribunal located in the Netherlands — to investigate the United States’ role in Afghanistan, according to the JCPA. Members of the CIA and U.S. military forces committed war crimes and crimes against humanity regarding the armed conflict in Afghanistan, the groups said. 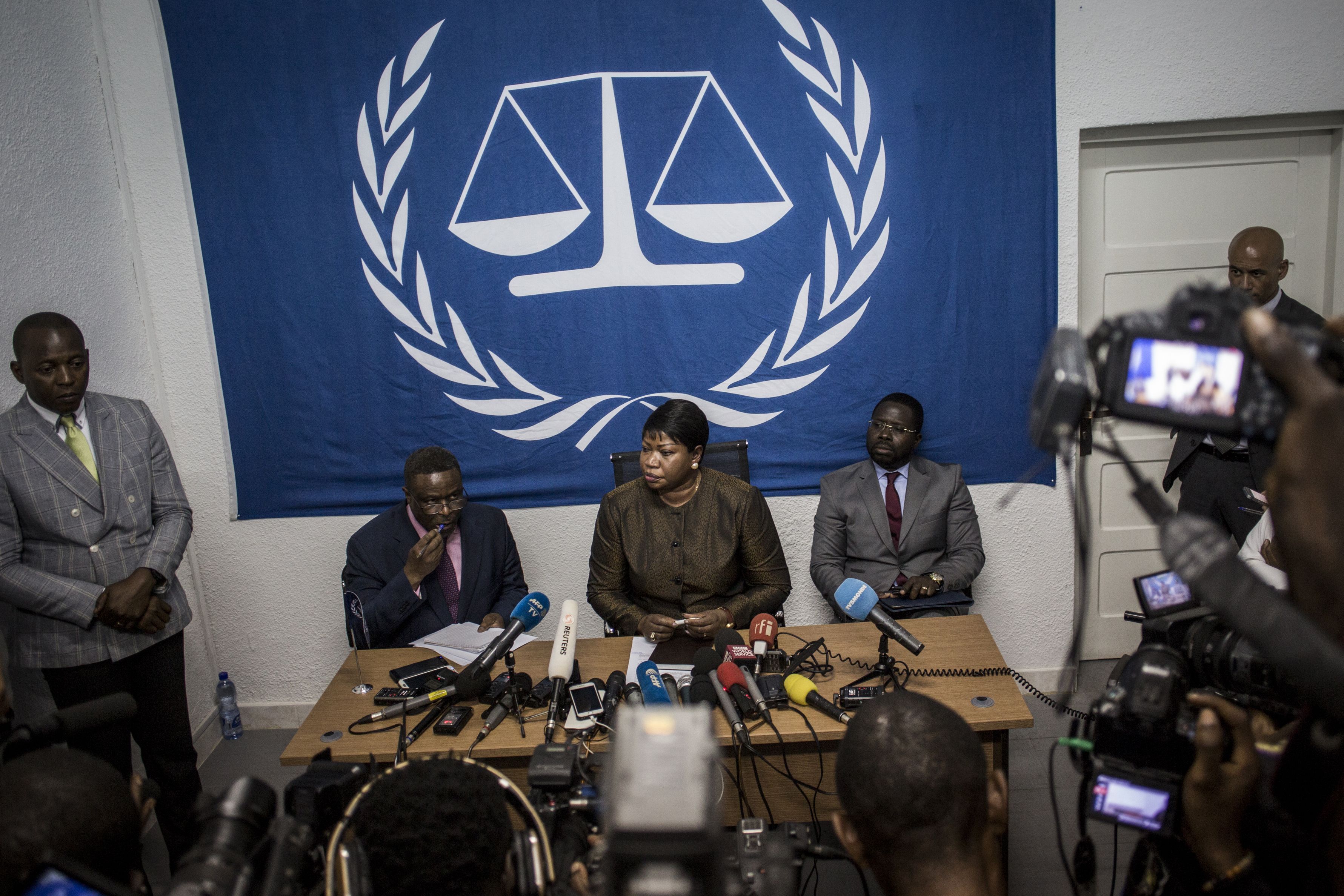 The court initially rejected the request in April 2019. However, Fatou Bensouda, the ICC’s chief prosecutor, authorized an opening of the investigation in March 2020.

FIDH, an umbrella organization based in France that is comprised of more than 180 human-rights groups around the world, has been “deeply involved” in the anti-Semitic Boycott, Divestment and Sanctions movement against Israel, according to the JCPA report.

Shawan Jabarin was elected as the vice president of FIDH in May 2013, and he serves as the group’s secretary general.

Jabarin, despite being considered a human-rights activist by FIDH and some Palestinian groups, has been arrested and jailed for his involvement with the Popular Front for the Liberation of Palestine (PFLP), according to the JCPA.

Jabarin was imprisoned for three years for his ties to the PFLP, according to the report. He once said on an Al-Haq website that he lost count of how many times he’s been jailed by Israeli authorities.

The PFLP is a Marxist-Leninist group that has been designated as a terrorist organization by the United States, the European Union and other countries.

The Center for Constitutional Rights is a nonprofit organization based in New York City that specializes in legal representation of imprisoned people. The CCR is also involved in initiatives to boycott, divest and sanction the Israeli government, the JCPA report stated.

The JCPA also questioned Bensouda’s impartiality in the case.

A Gambian lawyer who serves as the ICC’s chief prosecutor, Bensouda has maintained close ties with FIDH for years. In 2015, she visited FIDH headquarters in Paris, and a press release from FIDH regarding that visit described that the two have “enjoyed a close relationship with the Court” since its beginnings. This press release was archived by the JCPA.

The Gambian lawyer also participated in FIDH’s 40th Congress as one its main speakers in 2019.

After Bensouda declared her intention to launch an investigation of U.S. soldiers in Afghanistan in 2019, Secretary of State Mike Pompeo that year followed through on threats to revoke her U.S. visa. Bensouda officially authorized the investigation in March 2020. 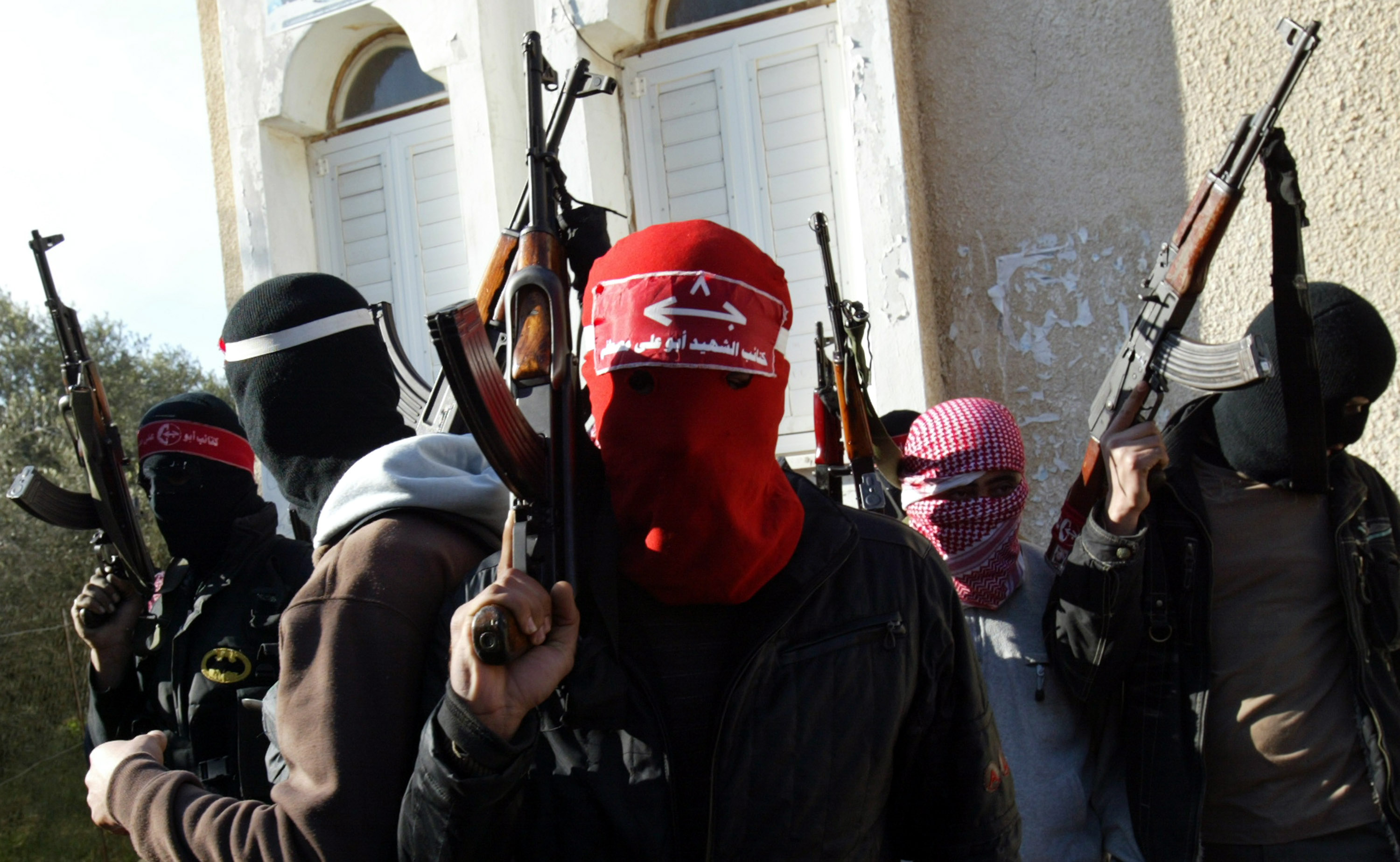 Palestinian militants of Abu Ali Mustafa Brigades a group linked to the Popular Front for the Liberation of Palestine (PFLP). (Getty Images)

Bensouda announced in December 2019 that she had sufficient evidence to begin investigating “war crimes” allegedly committed by Israel in the West Bank, Gaza and East Jerusalem. The announcement was the culmination of a campaign by four Palestinian groups: Al-Haq, Al Mezan, Al-Dameer and the Palestinian Center for Human Rights — all of which hold ties to the designated terror organizations Hamas and the PFLP, according to the report.

Nada Kiswanson van Hooydonk, a Swedish-Palestinian lawyer, is the legal representative of the victims in the case involving the United States and Afghanistan. Kiswanson has also given legal assistance to Al-Haq and had direct involvement in the group’s submission against Israel, the JCPA said.

Additionally, Katherine Gallagher, an attorney for CCR, also has alleged involvement with the ICC case against Israel.

Gallagher said during an April 13 webinar that the “way the United States is treating the ICC both to protect its own and to protect Israeli officials is the way dictatorships operate. This is not acting like a country guided by the rule of law.”

Additionally, Jabarin not only serves as a secretary general for FIDH, but has served as the executive director of Al-Haq since 2006. Al-Haq is a leader in BDS campaigns, has ties to the PFLP though Jabarin and has made sympathetic comments about Hamas, according to the NGO Monitor.

Regardless, an ICC investigation likely won’t lead to any substantial ramifications for the United States.

The International Criminal Court was created in 1998 through an international treaty — the Rome Statute. While then-President Bill Clinton signed the Rome Statute in 2000, he did not deliver to the Senate for ratification — a necessary step for it to become a binding commitment for the country. (RELATED: Extremists Aren’t Taking Time Off During The Coronavirus Pandemic)

The Bush administration further rejected the ICC’s authority by notifying the United Nations that the United States has no intention of ratifying the agreement.

Additionally, the ICC only has jurisdiction over states that have no effective legal system to prosecute heinous criminals, according to the JCPA.

“Nonetheless, American critics of the court rightfully are concerned that the ICC could be abused so that warrants could be issued to drag American military personnel in front of the court, regardless of the fact that the U.S. military has its own system for investigating allegations of military misconduct,” the report stated.