Iran’s navy confirmed Monday that an Iranian warship was accidentally hit by a missile during a training exercise, killing 19 sailors and wounding another 15.

The friendly-fire accident occurred during a training session in the Gulf of Oman, according to Reuters. The incident happened in a critical waterway that joins the Strait of Hormuz, where roughly one-fifth of the globe’s oil crosses and the Iranian military frequently organizes military exercises.

“The incident took place in the perimeter of Iran’s southern Bandar-e Jask port on the Gulf of Oman during Iranian Navy drills on Sunday afternoon, in which 19 sailors were killed and 15 others were injured,” Iranian state media said, quoting the navy.

State broadcaster IRIB stated that Jamaran, an Iranian warship, shot at a training target discharged by the Konarak, a support ship. However, the Konarak remained too close in proximity to the target and was subsequently struck by the missile. 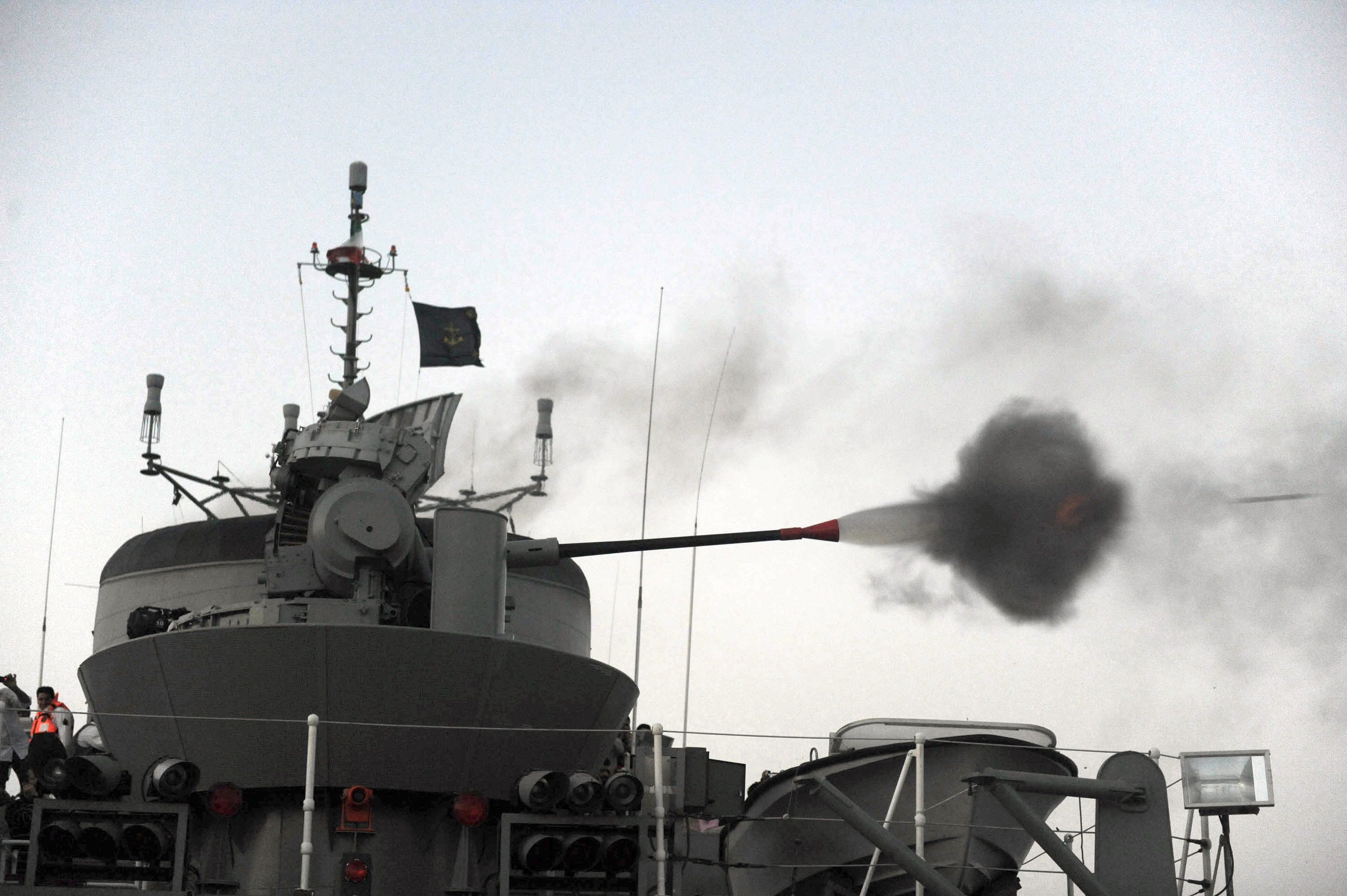 Iran’s first domestically made destroyer Jamaran fires a cannon in the Gulf on February 21, 2009, during an inauguration ceremony. (EBRAHIM NOUROZI/AFP via Getty Images)

The Iranian navy stated that an investigation is underway to determine the exact cause of the deadly accident, according to Reuters. An unidentified military official has denied some reports within the country that the support ship sank because of the missile strike.

The Konarak, a Dutch-made support vessel, was bought by the Iranian government before the country’s 1979 Islamic revolution, and was modernized in 2018, armed with four cruise missiles.

In response to an attack at a U.S. embassy in Baghdad, President Donald Trump in January authorized an airstrike on Gen. Qasem Soleimani, the leader of Iran’s elite Quds Force, who was near a Baghdad airport.

“At the direction of the President, the U.S. military has taken decisive defensive action to protect U.S. personnel abroad by killing Qasem Soleimani, the head of the Iranian Revolutionary Guard Corps-Quds Force, a U.S.-designated Foreign Terrorist Organization,” the Pentagon stated following the airstrike. (RELATED: Soleimani Was Planning ‘Imminent Attacks’ That Could Have Killed Hundreds Of Americans, Top US Official Says)

Soleimani was orchestrating “imminent attacks” against the U.S. that could’ve possibly killed hundreds of U.S. citizens, had he not been killed, a senior U.S. official later claimed.