The Justice Department is considering whether to pursue federal hate crime charges in the death of Ahmaud Arbery, the black man who was shot and killed in a video that has captured the nation’s attention, Fox News reported.

“The Civil Rights Division of the Department of Justice, the FBI, and the U.S. Attorney for the Southern District of Georgia have been supporting and will continue to fully support and participate in the state investigation,” a statement from DOJ spokeswoman Kerri Kupec said Monday according to Fox News.

“We are assessing all of the evidence to determine whether federal hate crimes charges are appropriate,” Kupec continued.

“In addition, we are considering the request of the Attorney General of Georgia and have asked that he forward to federal authorities any information that he has about the handling of the investigation. We will continue to assess all information, and we will take any appropriate action that is warranted by the facts and the law.” 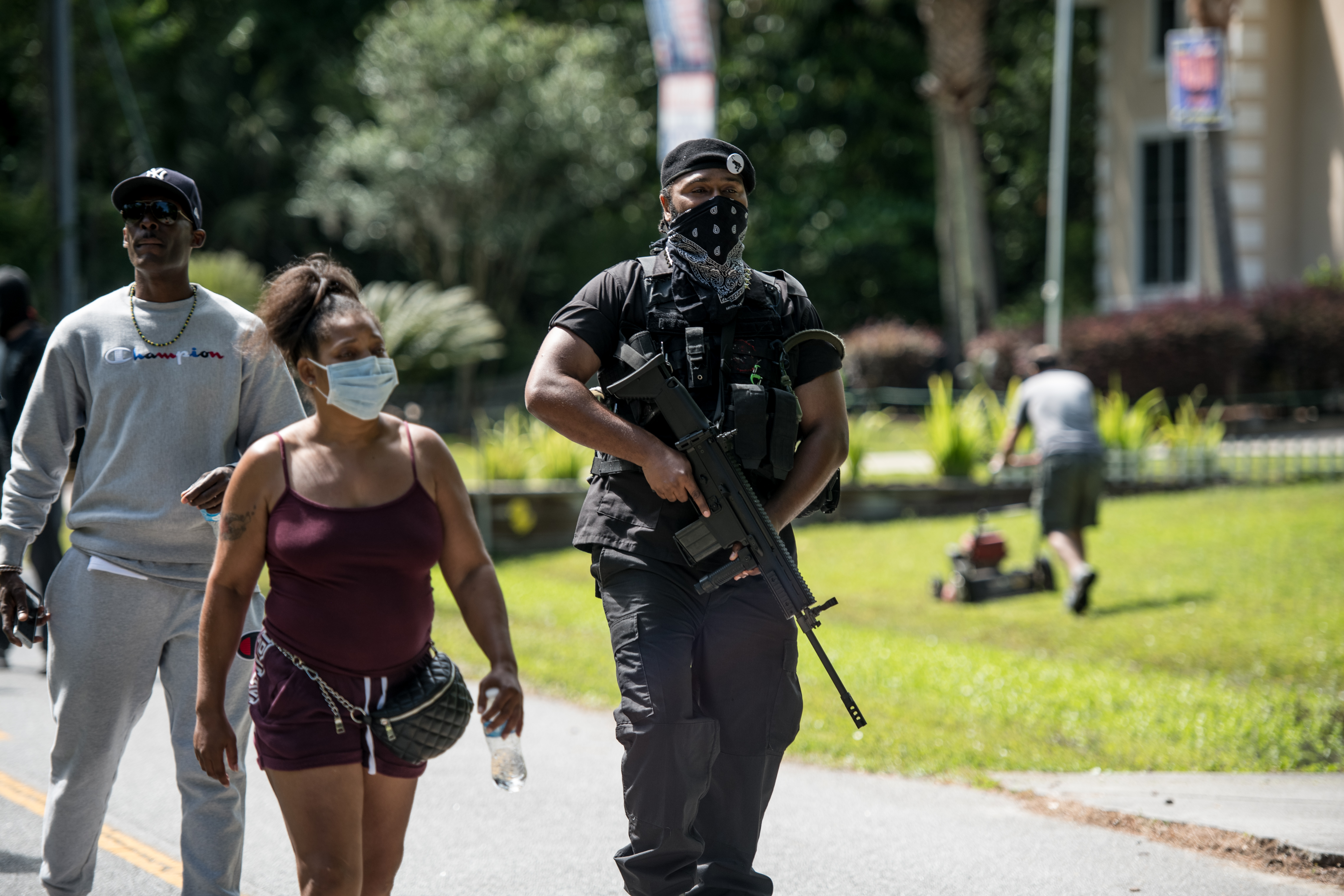 Members of the Black Panther Party, “I Fight For My People”, and “My Vote is Hip Hop” demonstrate in the Satilla Shores neighborhood on May 9, 2020 where Ahmaud Arbery was shot and killed in Brunswick, Georgia. (Photo by Sean Rayford/Getty Images)

The Justice Department’s statement comes after the Georgia Attorney General Chris Carr asked the Department to conduct an investigation into how the case was handled by Georgia law enforcement.

Two men, Gregory McMichael, 64, and Travis McMichael, 34, were charged with felony murder and aggravated assault. The elder McMichael, who is the father, was a former investigator in the Brunswick district attorney’s office and only recently retired, prompting Brunswick and Waycross County’s district attorneys to recuse themselves from the case due to conflicts of interest.

The case has seen two prosecutors replaced since the killing Feb. 23 due to the potential conflicts of interest.

“We are committed to a complete and transparent review of how the Ahmaud Arbery case was handled from the outset,” Carr said in a statement.

“The family, the community and the state of Georgia deserve answers, and we will work with others in law enforcement at the state and federal level to find those answers.”

The video depicting Arbury’s death went viral the week of May 4, causing national outrage. Gregory McMichael told officers there had been a string of recent break-ins in the neighborhood and that Arbery was a suspect, according to the police report obtained by the New York Times.