Crime is down in the city, but Chicago is experiencing a rise in gun violence. This rise comes despite Chicago being under Illinois’ strictest coronavirus-related restrictions, according to CBS Chicago. 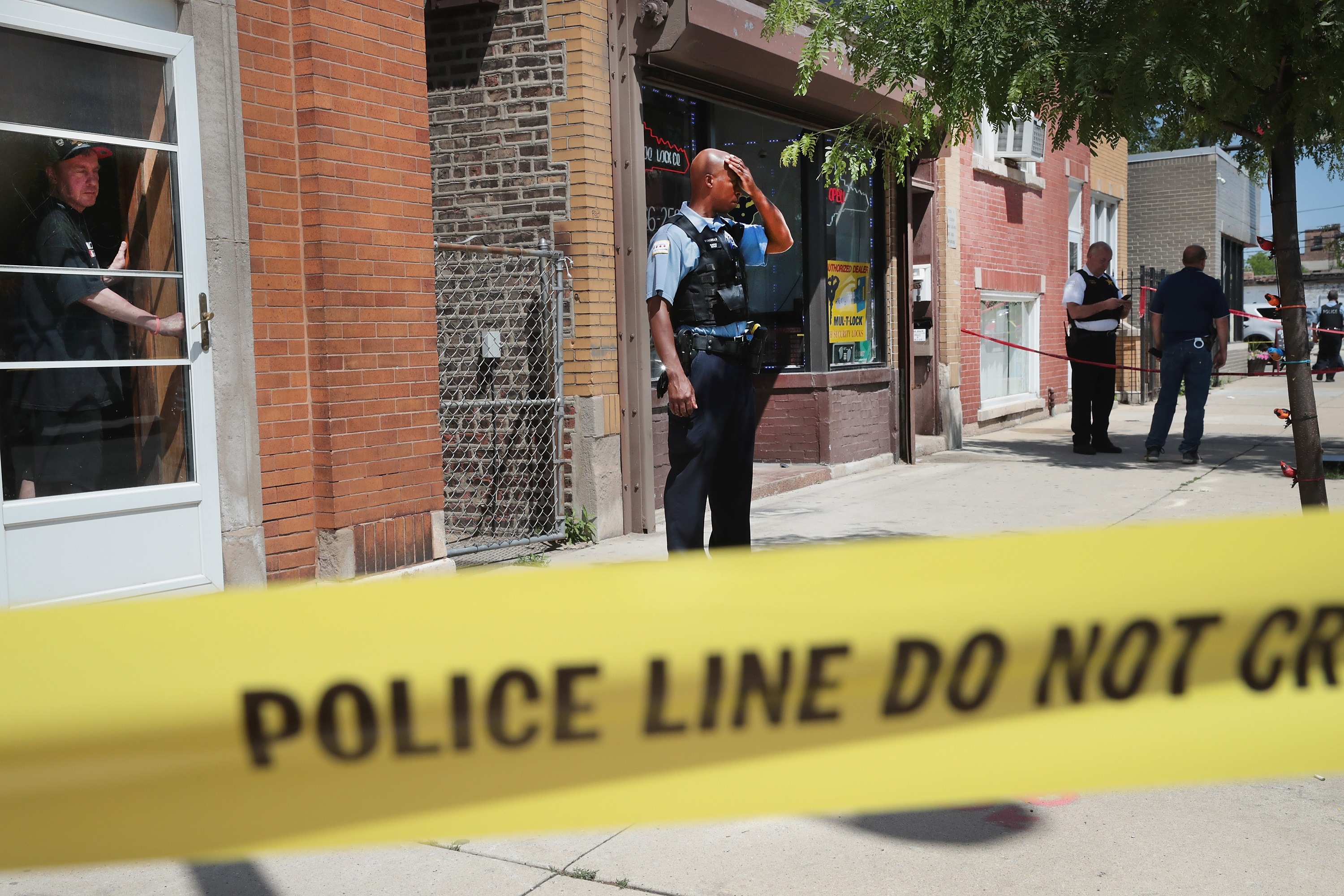 Police investigate a crime scene after two people were shot near Westside on June 15, 2016 in Chicago, Illinois. (Photo by Scott Olson/Getty Images)

The surge in shootings is largely seen in Humboldt Park, which experienced a 14% increase in shootings when compared to the same period in 2019.

Humboldt Park has had 156 shootings this year to date, versus 134 shootings in 2019. Between the week of April 27 and May 3, the community saw nine shootings in 2019 and 16 in the same week this year, according to CBS Chicago. (RELATED: ‘I’m Not Playing’: Chicago Mayor Threatens Citations And Arrests For People Ignoring Stay-At-Home Orders)

Some communities, like Austin and the Roseland neighborhood, have seen fewer shootings than last year. During the weekend of May 9, four people were killed and 19 others were wounded citywide, according to the Chicago Sun Times.

The state’s stay-at-home order has been in effect since March and was extended until the end of May with some restrictions eased, like the reopening of some state parks.

Chicago’s Mayor Lori Lightfoot has implemented a five-step reopening plan for the city, requiring that at least 5% of Chicago residents get tested every month. The city has transitioned from phase one, “strict stay-at-home,” to phase two, “stay-at-home,” according to ABC 7.

In the second phase, only essential workers go to work and everyone else must still work from home. Residents are urged to stay at home as much as possible. When they do leave their homes, they’re required to socially distance and wear a face covering while outside.