Unemployment rates for U.S. teenagers are higher than any other group, indicating Generation Z could be the hardest hit by the coronavirus pandemic, Bureau of Labor Statistics data shows.

Young people between ages 16 and 19 have the highest unemployment rates of any other group at 31.9% in April, the data found. This age group includes members of Generation Z, defined by the Pew Research Center as anyone born after 1997.

Younger workers comprise about 24% of those working in higher-risk industries — industries that are at high risk of closing in areas that have more severe coronavirus outbreaks, additional data from Pew showed.

“Initially, at least, layoffs were concentrated in a certain set of industries, which hit the 16-24 age group hard,” senior Pew Center researcher Richard Fry told CNN. “That initial unemployment was very much concentrated on … Gen Z. [They] got hit badly.”

Young adults are seeking help from their families, Fry said, often by returning to live at home with their parents. 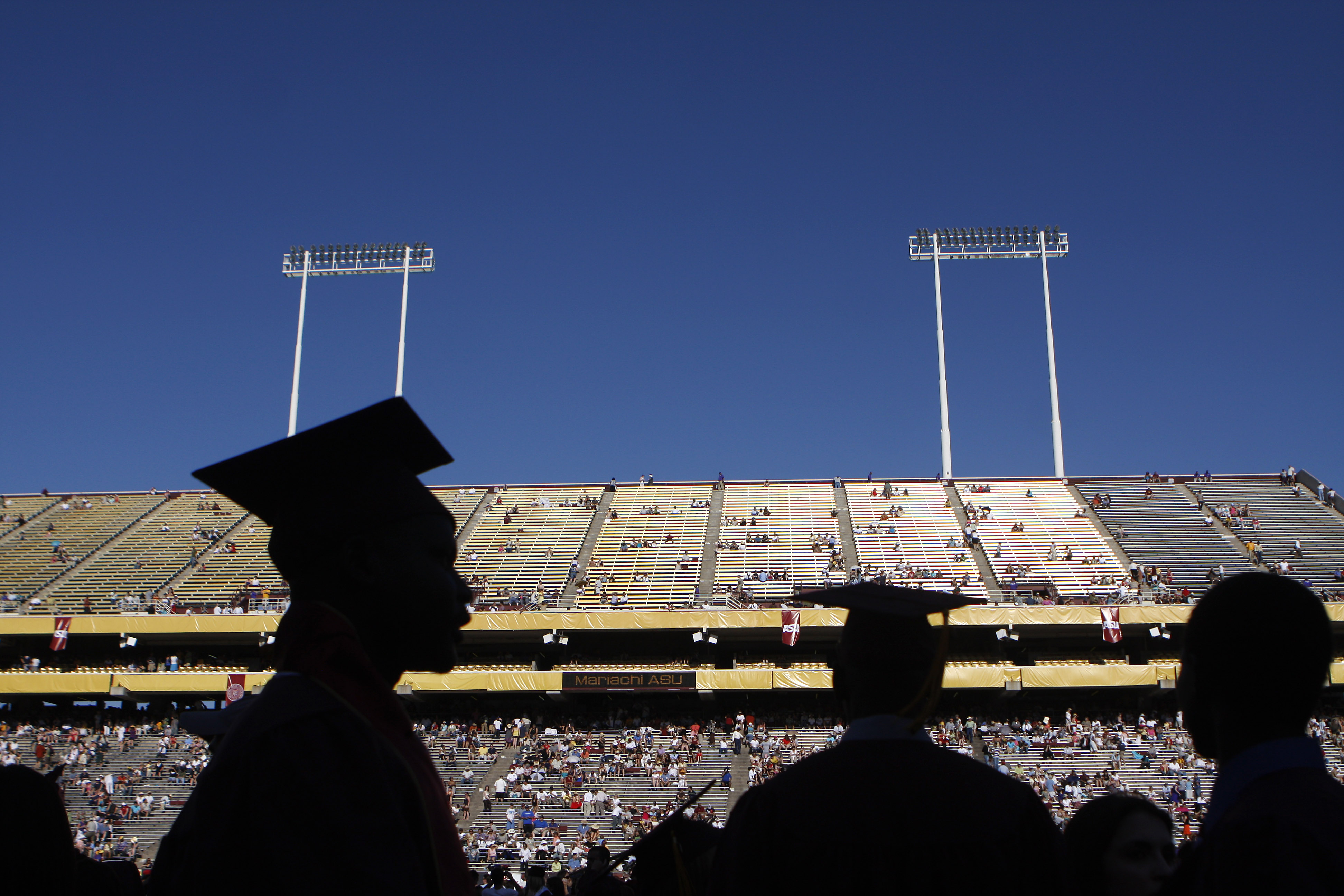 Arizona State University graduate students are silhouetted during their graduation at Sun Devil Stadium May 13, 2009, in Tempe, Arizona. US President Barack Obama will deliver the commencement address during the ceremony where over 65,000 people are expected to attended. (Photo by Joshua Lott/Getty Images)

“During the [2008] recession, Millennials dealt with [the crash] by moving in with mom and dad,” he said. (RELATED: CDC Data Shows Younger Adults Also End Up In Hospital From Coronavirus)

He added: “We may be seeing Gen Z do the same here. And that’s not a path that’s as open to older Millennials now. They may have families of their own and aren’t able to access those resources. But I don’t think we know the long-term impact of this yet. We just don’t know how long and deep this downturn is going to be.”

Many members of Gen Z have only recently graduated from college and are just entering the work force. Other Gen Zers were enrolled in academic institutions before they were sent home due to the outbreak.

But the cessation of an education due to a recession can lead to lower unemployment rates for years, additional research by the Resolution Foundation indicated, and pandemic-related layoffs might also negatively impact Gen Z’s future.

“For several years after having left education, employment rates across the cohorts that left education during the [2008] financial crisis were lower than for those who left education after it — with non-graduates experiencing the largest and longest scarring effects,” a Resolution Foundation report noted.