The documents show that an unmasking request was made in Biden’s name on Jan. 12, 2017. Similar requests were made under the names of James Comey, John Brennan and James Clapper, the former directors of the FBI, CIA and Office of the Director of National Intelligence, respectively.

Denis McDonough, who served as chief of staff to President Obama, also submitted a request on Jan. 5, 2017, the documents show.

Unmasking describes the process whereby high-level U.S. government officials request information regarding American citizens mentioned in classified foreign intelligence reports. It is not illegal to make unmasking requests, but the Flynn case is unique because information about phone calls he had with Russia’s ambassador was leaked to the media during the presidential transition period.

Sens. Chuck Grassley and Ron Johnson released the list of names on Wednesday. Richard Grenell, the acting director of national intelligence, declassified the information last Thursday, and provided it to the senators this week.

Paul Nakasone, the director of the National Security Agency (NSA) provided the list to Grenell on May 1. 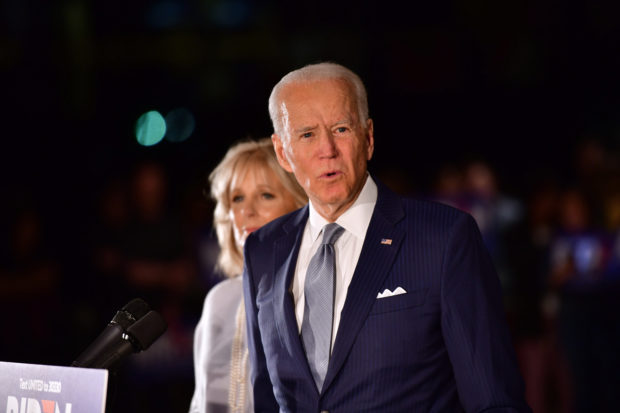 “Below is a list of recipients who may have received Lt. Gen Flynn’s identity in response to a request processed between 8 November 2016 and 31 January 2017 to unmask an identity that had been generically referred to in an NSA foreign intelligence report,” the document stated.

“While the principals are identified below, we cannot confirm they saw the unmasked information.”

The list includes several high-profile Obama administration figures, including Brennan, Clapper and Biden. But also includes lesser known officials at the Treasury Department and State Department. A flurry of requests were submitted in mid-December 2016, the records show.

Republicans have focused on the unmasking issue to try to figure out who leaked information about communications that Flynn had in late December 2016 with Sergey Kislyak, who then served as Russian ambassador to the U.S.

Kislyak contacted Flynn on Dec. 28, 2016, the same day that the Obama administration ordered 35 Russian diplomats to leave the U.S. because of Russian hacking during the presidential campaign.

The records do not settle the question of who made the unmasking request for information from Kislyak’s communications with Flynn.

Comey suggested in testimony to the House Intelligence Committee on March 2, 2017 that someone in the FBI made the request that revealed that Flynn spoke with Kislyak.

Clapper submitted an unmasking request on Dec. 28, 2016, according to the declassified documents. But Clapper suggested in testimony to the House Intelligence panel that the FBI submitted the request regarding the Kislyak phone calls.

“I don’t know the circumstances of the unmasking, you know. That’s a better question to direct to the FBI or the DOJ,” Clapper told the House panel on July 17, 2017.

The declassified records list Comey as the only FBI official to make an unmasking request for Flynn records. That request was submitted on Dec. 15, 2016, two weeks before Flynn spoke with Kislyak.

John Bass, who served as U.S. ambassador to Turkey, submitted a request for Flynn information on Dec. 28, 2016. The next request was not submitted until McDonough, the White House chief of staff, did so on Jan. 5, 2017.

FBI officials arranged to interview Flynn regarding his contacts with Kislyak. The retired lieutenant general ended up pleading guilty to making false statements to the FBI during that interview, which was conducted at the White House on Jan. 24, 2017.

The Justice Department filed a motion to drop the case against Flynn on May 7 after the discovery of FBI documents related to the Flynn investigation.

One document was an FBI memo dated Jan. 4, 2017 that authorized the closure of a counterintelligence investigation against Flynn. The memo said that the FBI found no evidence that Flynn was working as an agent of Russia. The bureau had investigated Flynn and three other Trump associates for possible Russia ties since August 2016.

Grenell, who also serves as ambassador to Germany, took the list of names to the Justice Department last week asking for the information to be released to the public. Grenell has been behind a recent push to declassify and release documents related to the FBI’s investigation of Trump associates.

He was involved in the process of declassifying footnotes from a Justice Department inspector general’s report on the investigation. Those footnotes showed that the FBI received evidence in 2017 that Russian intelligence operatives might have fed disinformation to Christopher Steele, the author of a dossier that accused the Trump campaign of conspiring with the Kremlin.

Grenell also recently pressured House Intelligence Committee Chairman Adam Schiff to release 53 transcripts of interviews that the committee conducted as part of its own Russia probe. The transcripts showed that Obama officials such as James Clapper, Susan Rice and Ben Rhodes had not seen evidence of collusion between the Trump campaign and Russia by the time they left office.