Retired Gen. Mike Flynn is unlikely to regain any position at the White House following the Justice Department’s high profile decision on May 7 to drop federal charges against him, three White House officials tell the Daily Caller.

Additional sources close to Trump say they believe rehiring Flynn could have a negative impact on Trump’s 2020 election chances.

Flynn was ousted as National Security Advisor in early 2017 after The Washington Post ran a series of stories centered on his December 2016 phone calls with Sergey Kislyak, the Russian ambassador to the U.S. Flynn ultimately pleaded guilty in December 2017 to making false statements during interviews with FBI officials about the Kislyak calls. Recent disclosures showing FBI officials conspiring to catch Flynn in a lie prompted Attorney General William Barr to review and ultimately drop his case.

President Donald Trump has signaled he would welcome the former National Security Advisor back into the administration with open arms, yet three current White House officials, one former official, and three people close to Trump say that possibility is close to nil.

The current and former White House officials, all of whom requested anonymity to speak candidly with Daily Caller, confirm that no “tangible” discussions to rehire Flynn have taken place. 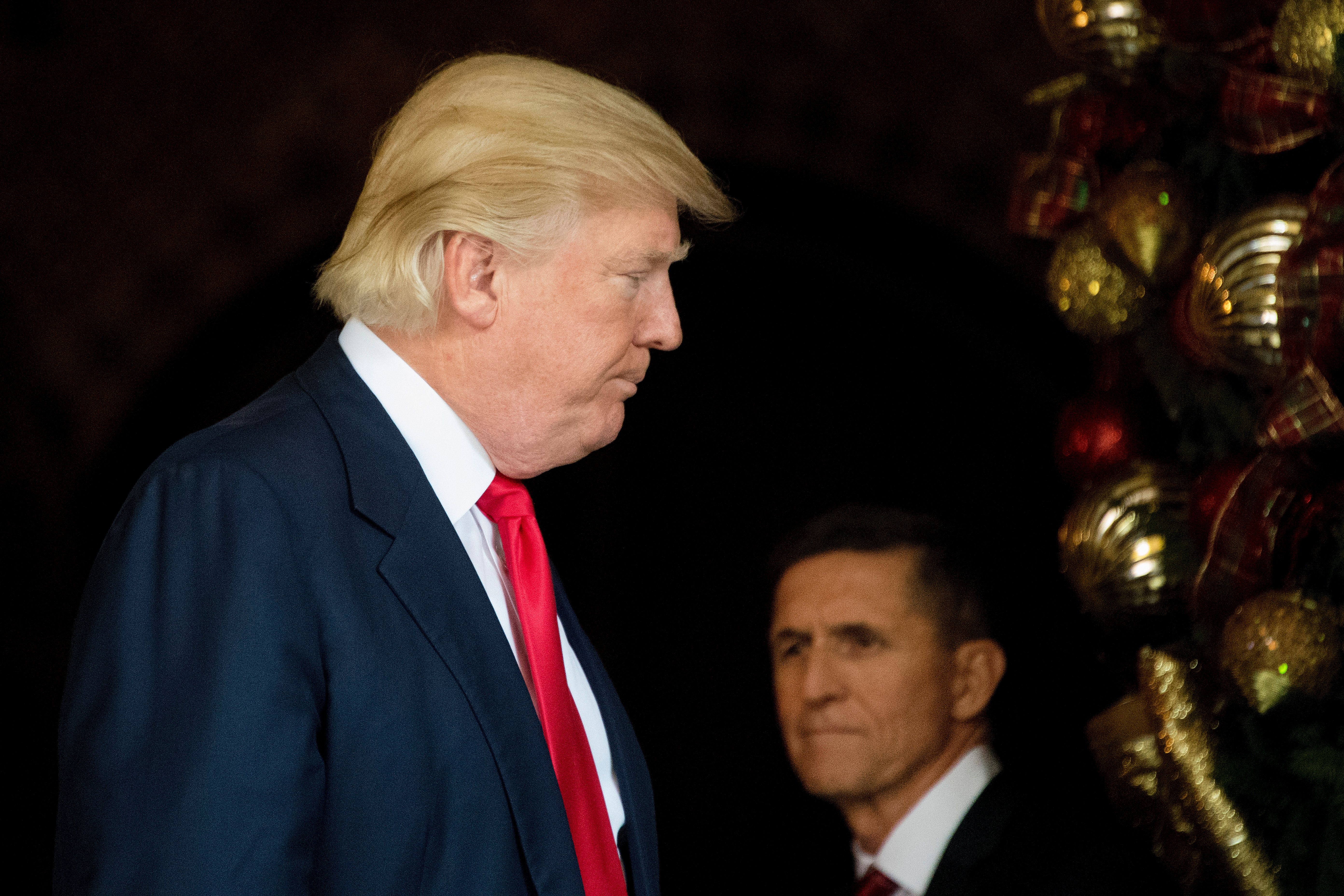 Trump’s close-circle of civilian confidants were even more blunt, telling the Caller that the president wouldn’t risk such a polarizing hire this close to the 2020 election.

One such adviser said he hopes Flynn will rejoin the administration but added he’s “not sure Flynn wants to come back though. He needs to make some money to start putting his life back together.”

“Fake news,” a second said of Flynn’s rumored return to the White House. “He’s not going back.”

A third suggested that, despite the new developments in the case, Flynn’s image was not salvageable and doubted whether he would be considered for political work, including in the private sector, ever again.

“Who’d hire him? That’s the problem. No one,” the source explained. “I doubt Trump will hire him. He’s fucked.”

Part of the problem involving Flynn, one former White House official noted to Daily Caller, has to do with the current status of his case. Though the DOJ requested Judge Emmet G. Sullivan toss the case, Sullivan on Wednesday nominated retired Judge John Gleeson to file an amicus brief opposing DOJ’s motion to drop. 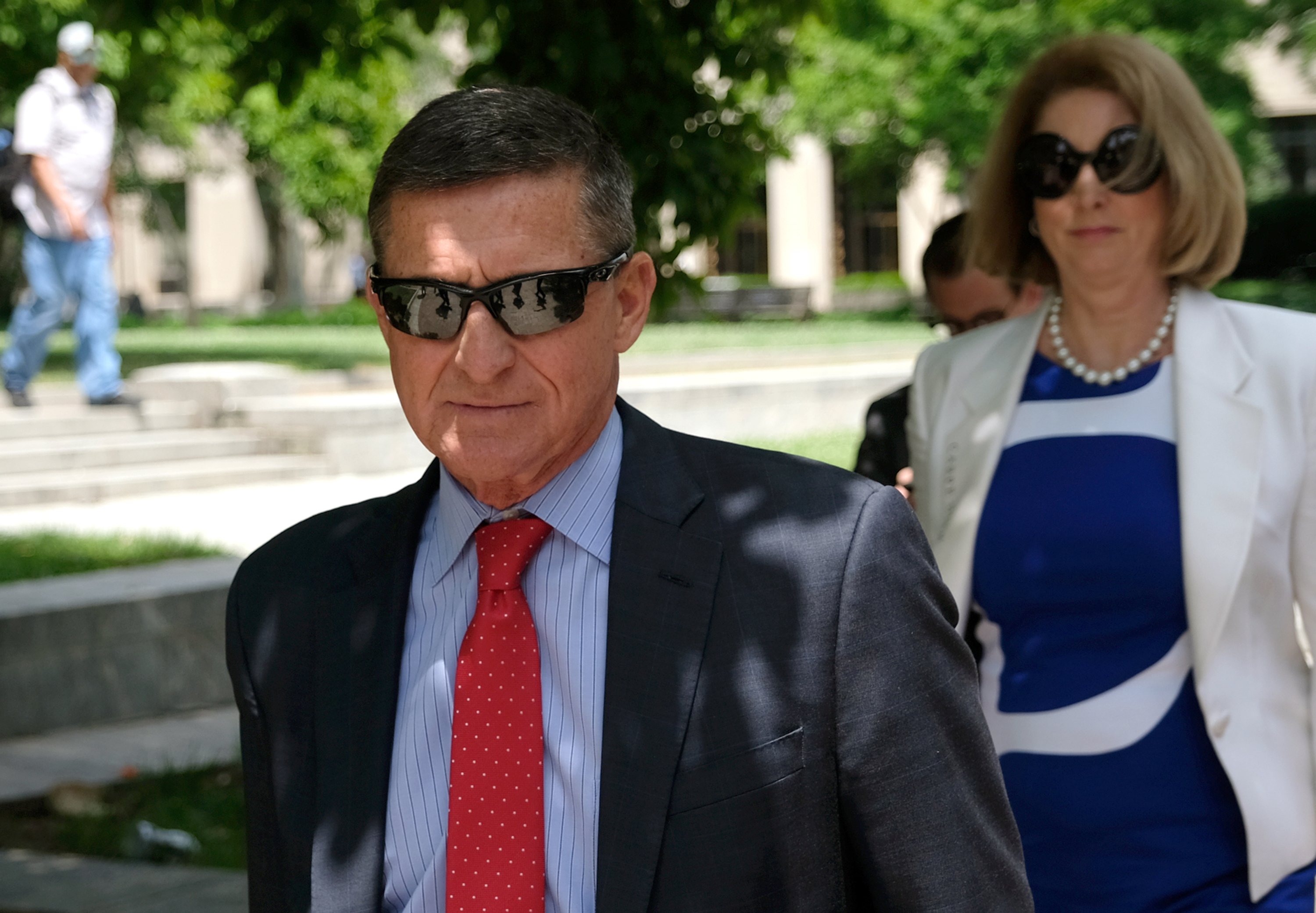 Graham stated the committee will continue to probe the origins of the Russia investigations. The open-ended timeline for the proceedings, coupled with a yet-to-be determined witness list, could potentially reconnect Flynn, and by extension the administration, with Russian collusion in voters’ minds come November. “No way” Trump risks that, the former White House official suggested.

The Trump campaign did not respond to Daily Caller’s inquiries about tapping Flynn to join the reelection effort or serving as a 2020 surrogate.

Still, the president has voiced support for Flynn both before and after the DOJ’s motion to drop the case. During an interview that aired Thursday morning with Fox Business’ Maria Bartiromo, he claimed Flynn was set up by former President Barack Obama’s administration.

“They weren’t after general Flynn, they wanted him to lie about me, make up a story,” Trump stated during the interview. “This was all Obama. This was all Biden. These people were corrupt. The whole thing was corrupt, and we caught them. We caught them.”

He has also repeatedly tweeted about “Obamagate” and Flynn over the past week.

Thank you to @foxandfriends for covering, supremely, the greatest political scandal in the history of the United States, OBAMAGATE. Fake News @CNN and Concast’s own MSDNC are only trying to make their 3 year Con Job just go away. They are embarrassed and don’t know what to do….

Where is the 302? It is missing. Was it stolen or destroyed? General Flynn is being persecuted! #OBAMAGATE

Yesterday was a BIG day for Justice in the USA. Congratulations to General Flynn, and many others. I do believe there is MUCH more to come! Dirty Cops and Crooked Politicians do not go well together!

Sidney Powell, Flynn’s attorney, told Daily Caller that they had not been approached by the White House about a possible return and that they “are just working on his case.”

1
Woman Shot And Killed After Group Says 'All Lives Matter'
US
2
Cuomo's Report On Nursing Home Policy Relied On Consulting Firm That Dramatically Overestimated Pandemic Surge
US
3
'Counter To Science': Dr. Scott Atlas Makes The Case For Reopening Schools In The Fall
Editorial
4
LeBron James Weighs In On Suspended ESPN Reporter. Should The NBA Star Speak Out Against China?
Editorial
5
VICTOR DAVIS HANSON: The Fragility Of The Woke
Opinion