Rioting in Minneapolis, Minnesota left buildings burned to the ground, huge stores stripped of their wears and at least one man dead in from Wednesday afternoon leading into Thursday morning.

The original demonstration that gave way to the riots was planned in response to the death of a Minneapolis man, George Floyd, at the hands of police Tuesday.

However, what began as a protest against police brutality devolved into chaos outside Minneapolis’s 3rd Precinct building after activists turned into violent rioters. Daily Caller reporter Kyle Hooten was on the ground during the riot where he captured footage that shows extensive looting and arson.

Among the first stores to be looted was Target, which had virtually all of its high-value merchandise removed. (RELATED: Fact Check: Does This Photo Show Former Minneapolis Cop Wearing A ‘Make Whites Great Again’ Hat?)

Looters also broke into every cash register and self checkout at the store to steal the money inside. Similar treatment was given to ATM machines in several stores, the Daily Caller reporter observed. 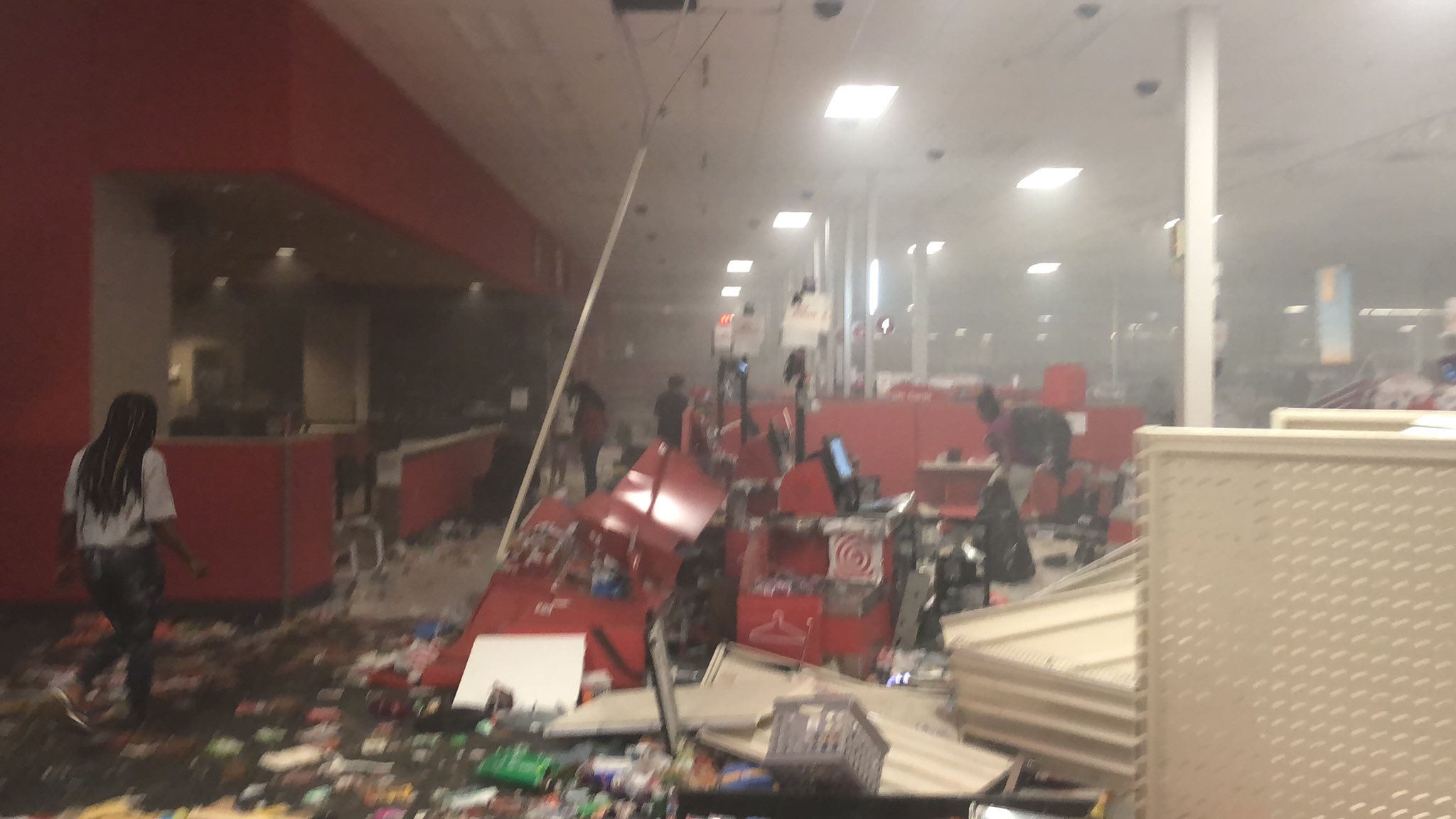 A target store is looted amidst the riots in Minneapolis. (Kyle Hooten) 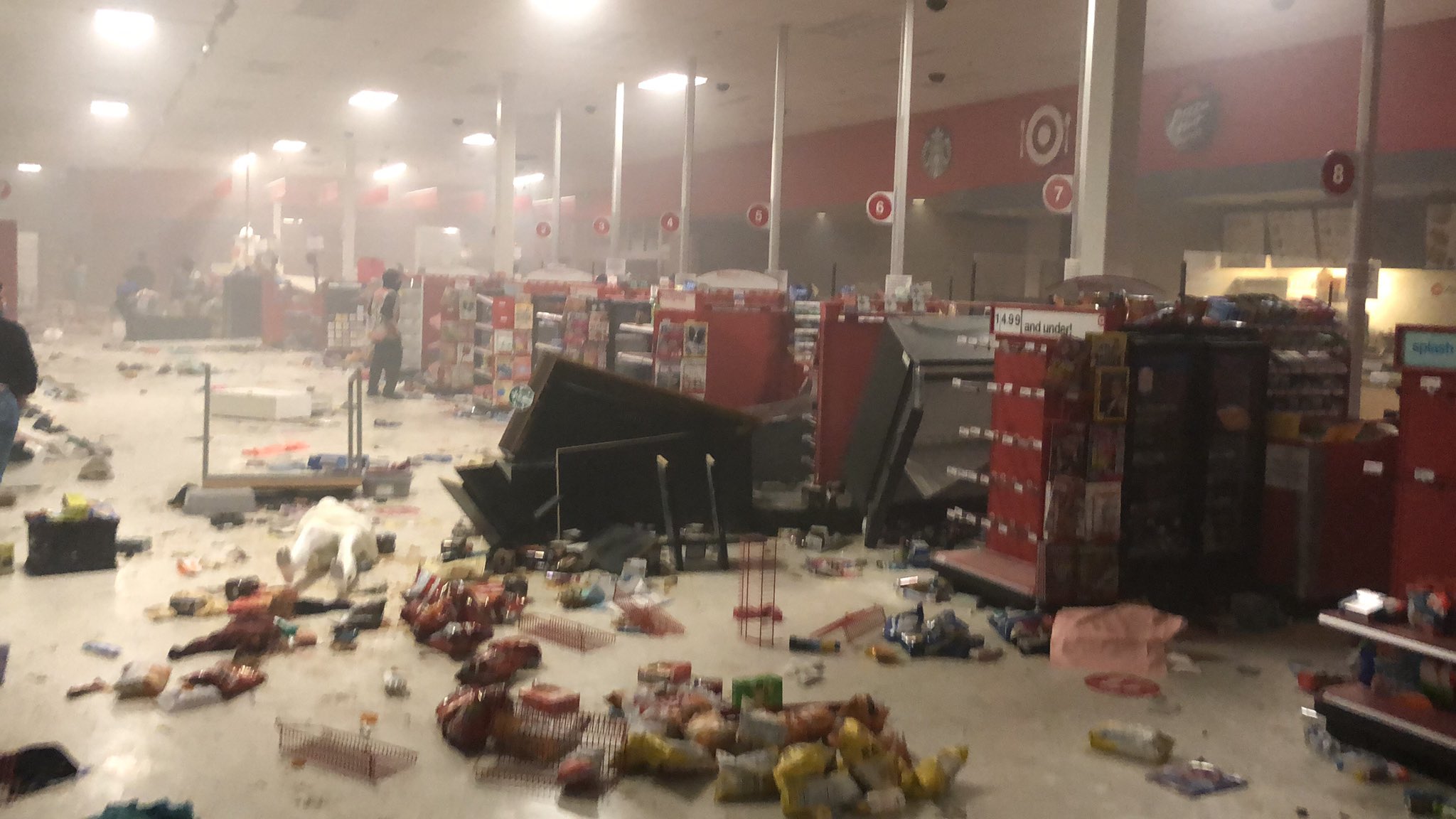 A target store is looted amidst the riots in Minneapolis. (Kyle Hooten)

After Target and every other business that shared its strip mall were looted, fires were set. Below is a map that indicates where the Daily Caller reporter observed significant building fires. 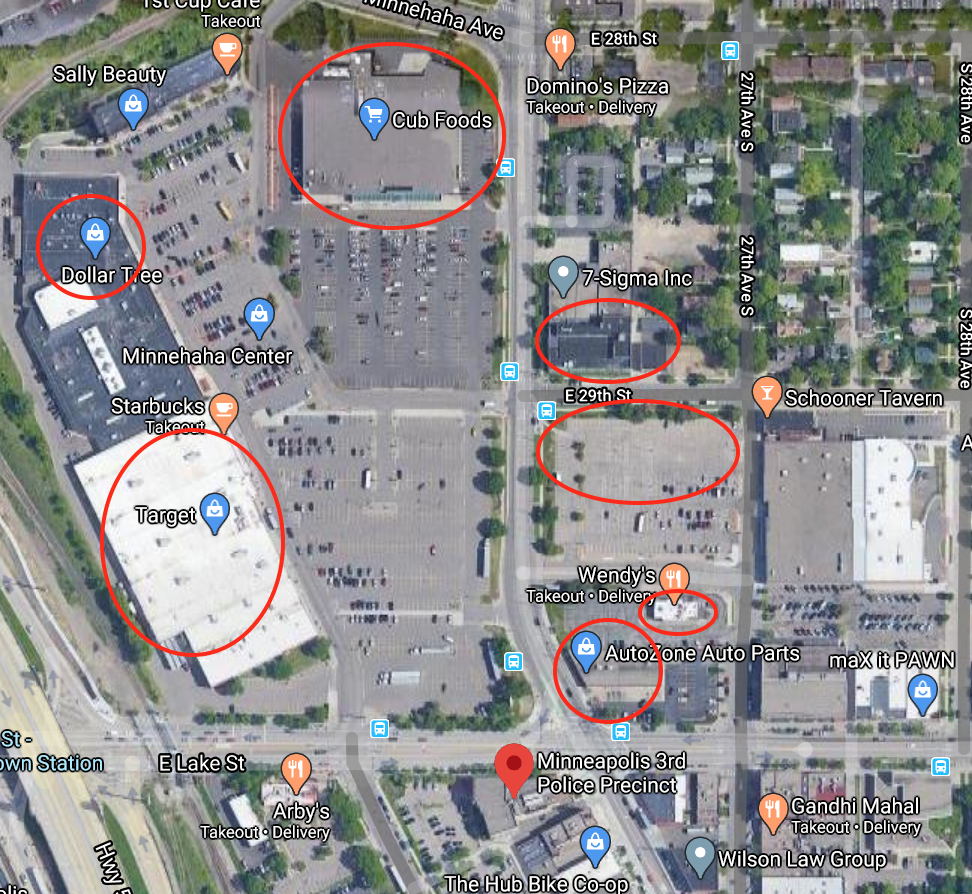 Note: the circle below E 29 Street indicates a fire that took place at a multi story building that was under construction and ultimately collapsed in flames.

The first fire that was ignited at the scene of the protests totally destroyed an AutoZone store. 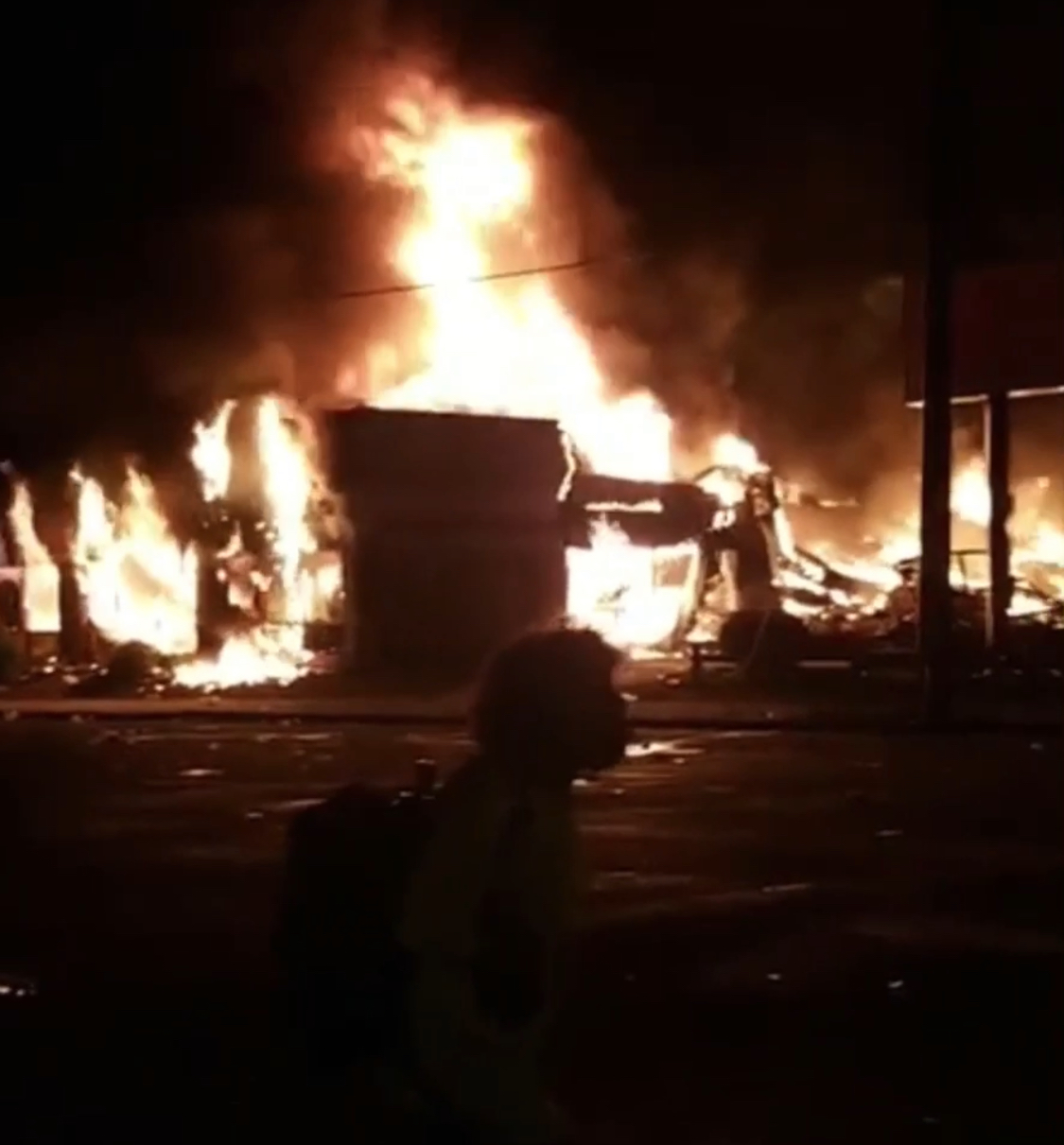 The AutoZone store that protesters set alight crumbles as it burns. (Kyle Hooten)

The most significant fire engulfed a 6-story building that was under construction. The building collapsed minutes before 2 a.m. Members of the community told the Daily Caller that the building was slated to become affordable housing upon completion.

This structure was first ignited by rioters who burned bales of insulation at the base of the construction project. 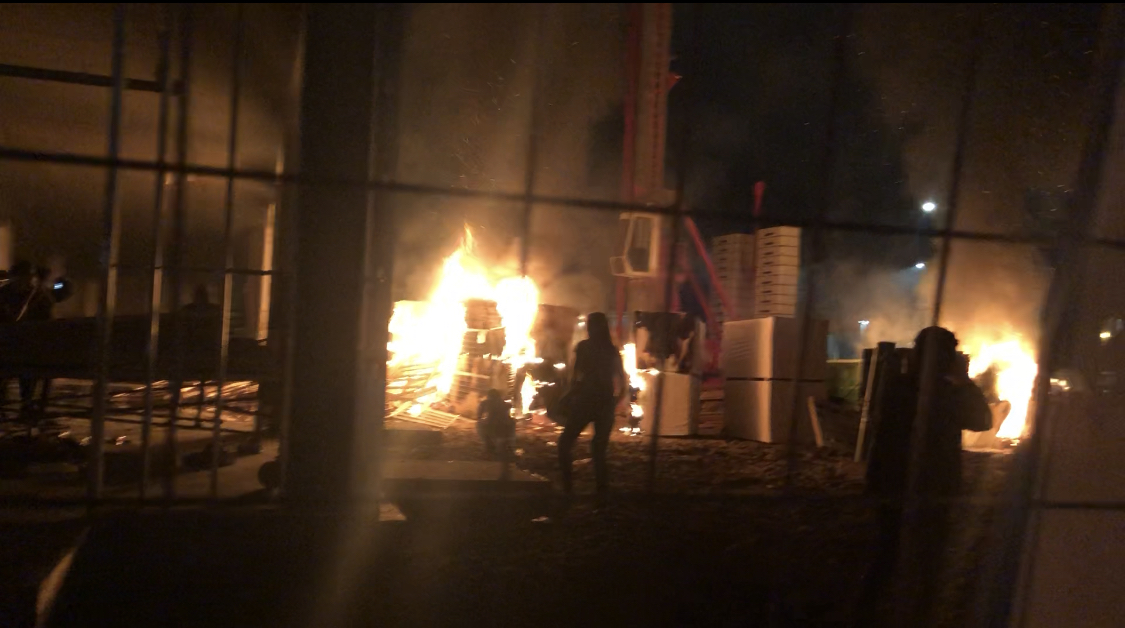 Within a few hours, the blaze spread to the entire building, leading to its eventual collapse.

This goes to show the extent of the fires last night in Minneapolis (note this is after the 6 story building collapsed): pic.twitter.com/XBcrN0xj8J

The Daily Caller’s reporter vacated the scene of the protest around 3:30 A.M. after watching a protestor fire a gun at another protestor. The sound of the gunshots and the crowd’s reaction to them was captured by a local outlet’s live stream.

.@millcitycitizen captured the moment shots were fired in the Target parking lot at the Minneapolis riot. Two other reporters and I were about 50 yards from the source of the gunfire which was aimed in our direction! pic.twitter.com/dwJsuBhLdz

One man was found shot to death at the protest, per Fox News, but it is unclear if the shooting witnessed by the Daily Caller reporter and the man who was found dead are related.

Minnesotans have also begun to tabulate the damage to their community, posting lists of all the businesses that they saw destroyed during the riot.

Current list of impacted businesses from the #minneapolisriots including Lake Street, Uptown, and other locations #Minneapolis #GeorgeFloyd pic.twitter.com/9nK8WR5Iqg