The new fencing will prevent George Floyd protesters from entering Lafayette Square, where they have gathered in demonstration over the past week and were removed by police ahead of President Donald Trump’s Monday walk to St. John’s Church. (RELATED: ‘Act This Month’ — Joe Biden Calls On Congress To Fast-Track Police Reform Bill For Trump To Sign Into Law)

There is a tall new fence at Trump’s White House this morning.

He finally built the wall. pic.twitter.com/n35uIQz9a1

A chain link fence has been installed along the perimeter of Lafayette Park following several days of protests and clashes with police outside the White House (photo via @markpmeredith) pic.twitter.com/7Q1DefxTf4

It’s unclear why but the FBI/Secret Service that we’re blocking people from crossing into Lafayette park have pulled back. Now protestors are able to go right up to the new chain link fence installed overnight. pic.twitter.com/yuhKhxqY8P

Trump’s Monday speech on restoring law and order coincided with USSS and police removing the protesters from the square, which borders the north side of the White House grounds. Media reports claimed that law enforcement officials fired tear gas into the crowd of protesters without warning to clear the area, but the U.S. Park Police claimed Tuesday morning that no tear gas was used. Park Police say they did fire smoke canisters into the crowd after repeatedly warning protesters to leave just ahead of D.C.’s 7:00pm curfew, ordered by Mayor Muriel Bowser earlier that day.

Shortly after the conclusion of his speech, Trump and some of his top aides made the short trip from the White House to St. John’s on foot. The president then posed for several photos in front of the historic landmark that was partially set on fire by rioters over the weekend. 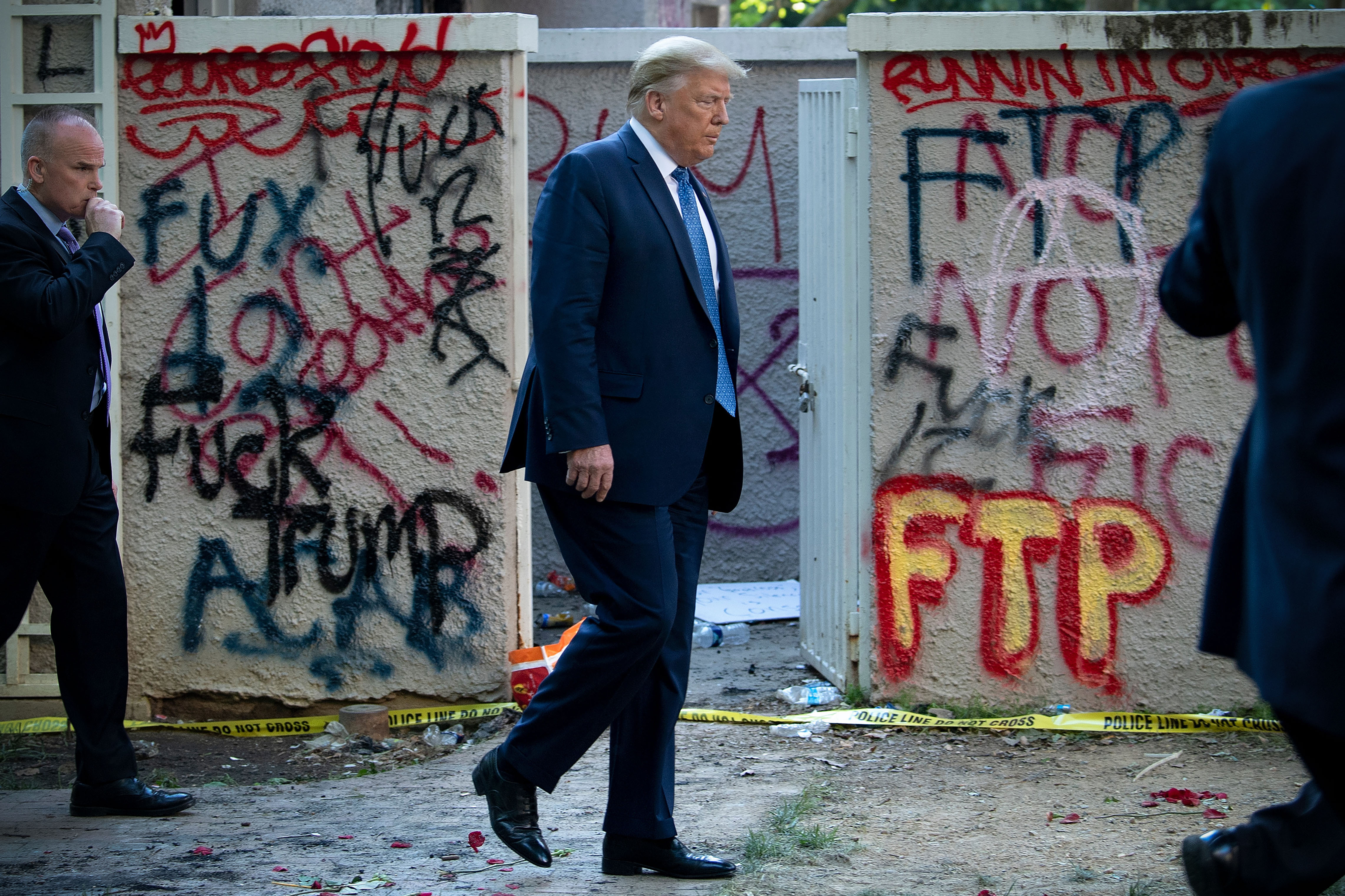 US President Donald Trump walks back to the White House escorted by the Secret Service after appearing outside of St John’s Episcopal church across Lafayette Park in Washington, DC (Photo by BRENDAN SMIALOWSKI/AFP via Getty Images)

White House deputy press secretary Judd Deere additionally told Daily Caller that “the perimeter was expanded to help enforce the 7 p.m. curfew in the same area where rioters attempted to burn down one of our nation’s most historic churches the night before.”

He added that “protesters were given three warnings by the U.S. Park Police.”

USSS did not respond to Daily Caller’s inquiries by press time.