U.S. Secretary of Defense Mark Esper broke Wednesday with President Donald Trump by saying he does not “support invoking the Insurrection Act” to police the riots that have frequently followed peaceful, daytime protests over the killing of George Floyd.

“The option to use active duty forces in a law enforcement role should only be used as a matter of last resort, and only in the most urgent and dire of situations,” Esper told reporters during a press conference. “We are not in one of those situations now. I do not support invoking the Insurrection Act.” (RELATED: US Secret Service Erects New 8-Ft Fence Expanding White House Perimeter — Will Keep Protesters Out Of Lafayette Square)

Defense Sec. Esper: “I do not support invoking the Insurrection Act.”

“The option to use active-duty forces in a law enforcement role should only be used as a matter of last resort and only in the most urgent and dire of situations. We are not in one of those situations now.” pic.twitter.com/HZE7hInLrA

Esper tried to distance himself from his use of the term “battle space” earlier in the week to describe areas where National Guard troops and law enforcement officials interact with protesters.

He claimed that reporters who cover the Pentagon would recognize the phrase as “something we use day in and day out.”

“It is part of our military lexicon,” he continued. “It’s not a phrase focused on people, certainly not on our fellow Americans,” he said, before adding that in retrospect he should have used “different wording.” 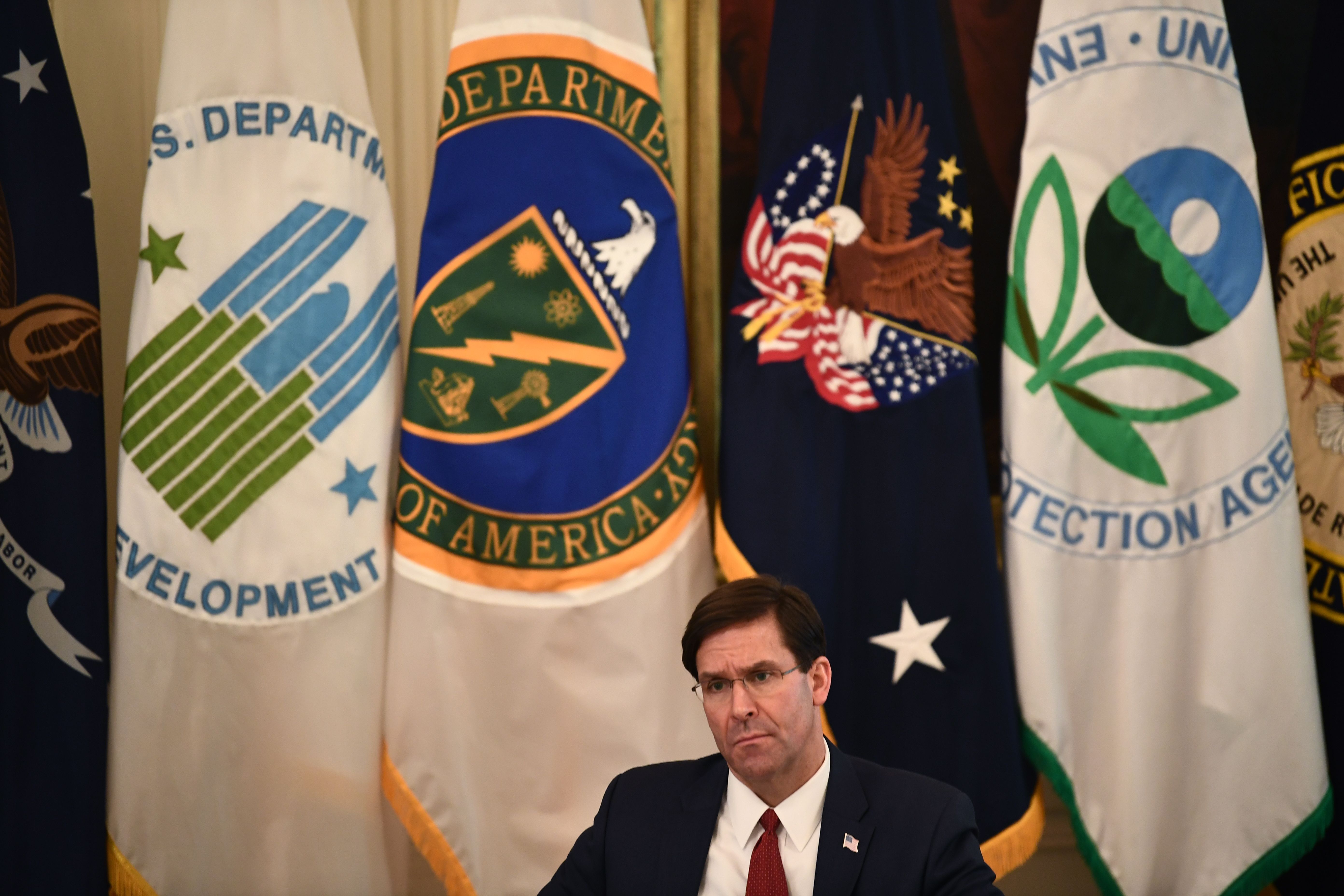 US Defense Secretary Mark Esper attends a meeting with President Donald Trump and his cabinet on May 19, 2020 in the Cabinet Room of the White House in Washington, DC. (Photo by BRENDAN SMIALOWSKI/AFP via Getty Images)

Trump and Attorney General Bill Barr both told governors during a Monday conference call to deploy the National Guard to “dominate” the streets to prevent rioting. The president has repeatedly stated he plans to mobilize all federal assets, including the military, to prevent the Floyd protests from turning violent.

“I am mobilizing all federal resources, civilian and military to stop the rioting and looting, to end the destruction and arson, and to protect the rights of law-abiding Americans, including your Second Amendment rights,” Trump said during his Rose Garden address Monday.

Multiple reports, however, claim that Trump is privately backing away from the idea of full military mobilization, as the increased National Guard and law enforcement presence in Washington, D.C. has seemed to slowly stem violence distracting from the protests.

The White House did not immediately respond to Daily Caller’s inquiries on Esper’s comments.