Our country is hurting. Culturally, as a society and how we relate to each other, we are in the midst of a steep drop, almost a free fall. Race is just one aspect; we are talking past one another, and we are less of a community than I ever recall. If you love this country, the question is how did this happen, and how can we turn it around.

First, we are unmistakably dividing into two or more very distinct subcultures. We eat different foods; we travel and live differently; we consume different media; we live in distinct neighborhoods. Of course, some of this has always been true, but it’s become much more acute, to the point where you would need a translator to communicate between these different Americas. That’s a problem.

The biggest change is the highest-income echelon of our society — where many political and other leaders reside — does not have any clue what America is like. They don’t understand Middle America, and they certainly don’t understand lower-income America. This group flies private and lives in isolated cocoon communities; their social circles are defined, and their private clubs shelter them from the rest. They don’t go to Disney World, and if they did, they would have private guides to escort them through, without lines and without dealing with the other visitors.

This separation has policy implications. It took nearly 20 years of suffering before people in this upper echelon even knew our country had an opioid epidemic. The Sackler family that had a huge — but not exclusive — role in fueling that epidemic was still feted for their good deeds and charitable acts only a few years ago. The one time our government dealt with the opioid issue during those 20 years was a law passed by Congress and signed by President Barack Obama that made it harder for regulators to go after companies for distributing these deadly drugs. They weren’t horrible people. They just had no clue what was going on.

Second, there is no longer a moral or ethical limit on behavior. The Jeffrey Epstein child rape story is emblematic of where we are. Epstein was allowed to abuse young girls from poor families for two decades while protected by some of America’s top institutions and leaders. The FBI reportedly received information on Epstein as early as the mid-1990s but did nothing. Vanity Fair, one of our most established media outlets, was told the same but did nothing. Local police who tried their hardest to put Epstein in jail say they were harassed and overruled by political superiors.

When Epstein was finally caught, he put together a dream team of elite lawyers. He hired the very best criminal defense lawyers, but he also hired other lawyers with distinguished careers in and out of government, apparently just for their influence and connections. Epstein’s prosecutor was Alex Acosta, an up-and-coming Republican U.S. attorney, so Epstein hired even bigger-name Republican luminaries to intimidate him. Guys such as Jay Lefkowitz, a partner at Kirkland and Ellis, one of America’s most reputable corporate law firms where Acosta used to work, and Ken Starr, a Republican superstar, were brought on to help cut a deal for Epstein. It worked. Acosta, who went on to become secretary of Labor for Trump and had identified 36 underage Epstein victims, cut a deal to give the child rapist only 18 months in county jail with privileges to come and go. Even more shocking, the deal included a secrecy clause prohibiting the victims and their families from finding out what happened. (RELATED: Alex Acosta’s Team ‘Bent Over Backwards’ For Accused Child Sex Trafficker Jeffrey Epstein, 2007 Letter Said) 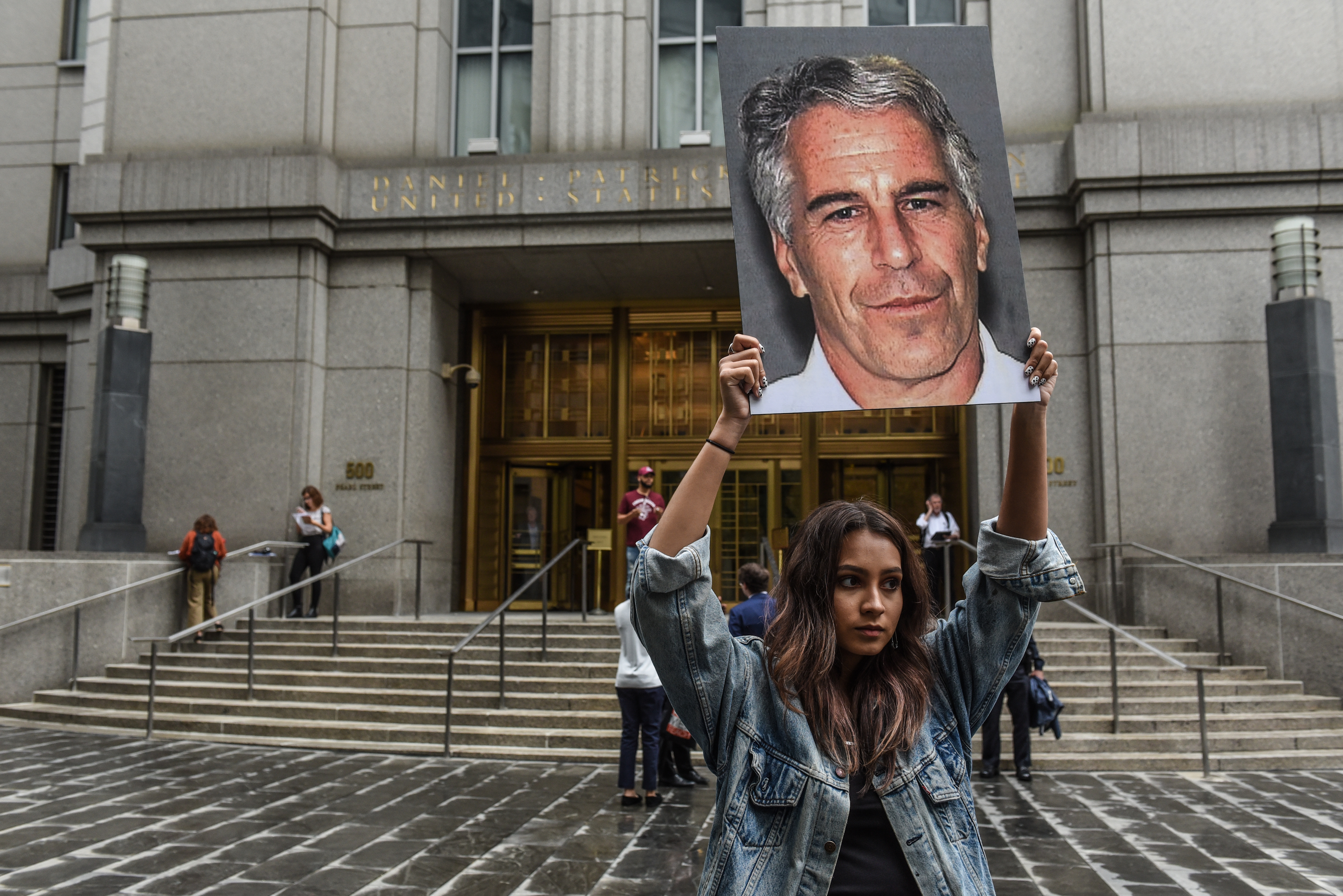 Nobody knows why these notable luminaries signed on to help a child rapist in an area of law far afield from their standard practice. What’s sadder is nobody has really even asked. As with Vanity Fair, which knew about this behavior from the start, our corporate media is not interested in these sorts of stories, so the protagonists get to keep going as if nothing happened. Epstein, we now know, was able to keep an office at Harvard University even after his conviction for abusing young girls.

The Epstein case is so relevant today because it’s the extreme example of our dual system. Those at the very top can literally get away with child rape. Those at the bottom find themselves at the whim of any bad cop they may encounter. This sense that there are two Americas, with two sets of rules, is driving so much of the rancor we are seeing in the streets. (RELATED: American Renewal: The Real Conflict Is Not Racial Or Sexual, It’s Between The Ascendant Rich Elites And The Rest Of Us)

When police officer Derek Chauvin knelt on George Floyd’s neck for almost nine minutes, all Americans could see what happened on video. Everyone agreed it was sick. Protesting in response is completely understandable. Chauvin had 18 infractions in his 18-year career. We can pretend it was one bad cop, but anyone who’s looked into the issue at all knows there is still a culture of covering for your own in many police departments. If you are from America’s elite population, police brutality doesn’t really affect you. If you are a poor black American in our cities, it can affect you very seriously. You can believe, as I do, that the vast majority of police are good people trying to do a really tough job and also believe police departments need reform. The police must work for all of us. Any time a police officer views himself as above the law is a problem in our system. 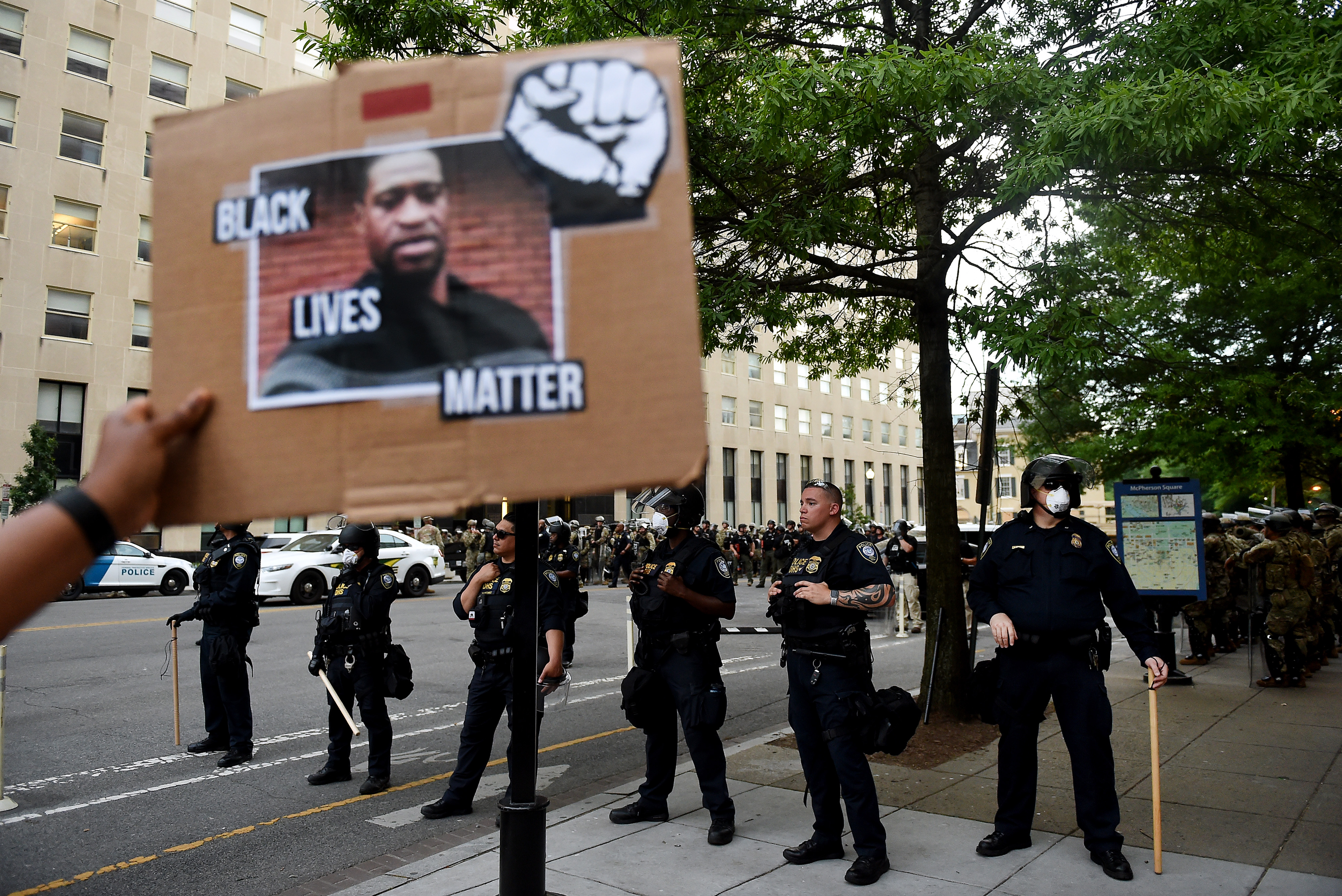 A demonstrator holds a picture of George Floyd during a face off with the police near the White House in Washington, DC, on June 3, 2020. (Photo by Olivier DOULIERY / AFP) (Photo by OLIVIER DOULIERY/AFP via Getty Images)

None of this means that it’s acceptable for the protests we saw to turn into riots. Too many truly innocent parties have been devastated, physically assaulted or lost their life savings. The problem we have in our country is there is no moral authority of any standing on the left or the right who can effectively stand up and say stop. (RELATED: Man Protesting George Floyd Death Begs Looters To Leave Small Businesses Alone)

Our country today is dominated by the extremes. You may believe the government went too far in shutting down our economy in response to the coronavirus, but you probably don’t think the guys open-carrying assault rifles around our state capitals are there to protect your interests. The antifa terrorists are not speaking for those outraged over George Floyd either. At some point, normal Americans are going to have to take back the conversation. People genuinely interested in coming together to solve problems are needed today more than ever. The fabric of our country is nearly torn, and if people of good faith don’t start coming together now, the people on the extreme edges will succeed in finishing us off.