The Washington Post appeared to forget to change a Twitter headline about the jobs report numbers Friday morning.

The U.S. economy gained 2.5 million jobs in May and saw unemployment numbers fall to 13.3% amid the novel coronavirus pandemic, data from the Bureau of Labor indicates. WaPo appeared to expect far worse, publishing a search engine optimization headline that claimed a “grim milestone to be reached with unemployment rate expected to be close to 20 percent.” 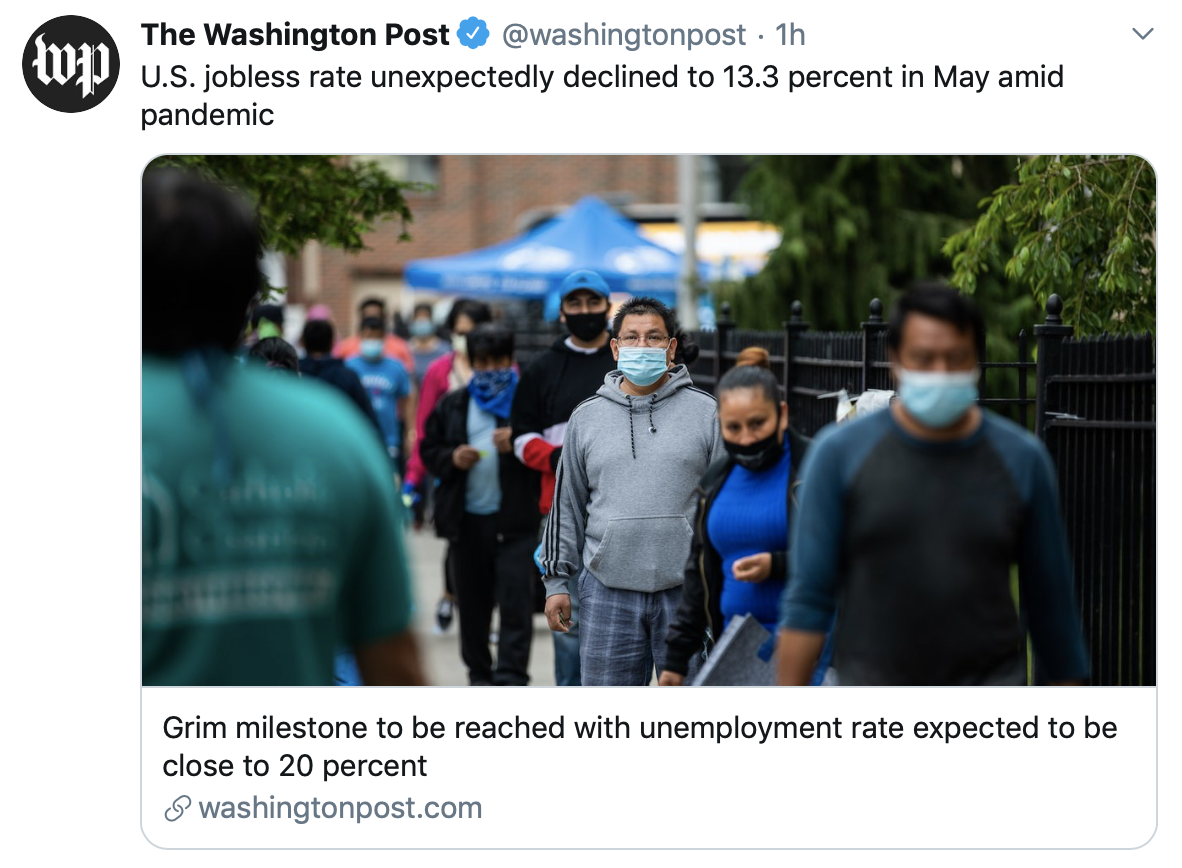 The WaPo article opens up to a headline that notes “Unemployment rate drops to 13 percent, as the economy picked up jobs as states reopened.”

April’s unemployment reached 14.7%, meaning that May’s decline is a far cry from WaPo’s headline regarding the “grim milestone” of “close to 20 percent.” WaPo’s headline echoed assumptions from economists who predicted to Politico that jobs numbers would continue to be worse.

WaPo’s director of communications Shani George directed the Daily Caller to an updated tweet and correction within the article. The updated tweet reads: “An earlier version of this tweet was deleted because it carried a headline that had not been updated after the release of today’s unemployment numbers. This tweet is correct.”

“A version of this story posted minutes after the release of new Labor Department jobs data said that 2.5 million jobs were lost in May, rather than gained. The error has been corrected,” WaPo’s correction in the story now reads.

President Donald Trump announced Friday that he would be holding a press conference regarding the numbers later that day. (RELATED: Unemployment Claims Hit 50-Year Low)