Throughout the coronavirus pandemic a record number of Americans lost their jobs, many of whom turned to their local non-profit charitable food banks to support their needs.

While it is true that the nation’s food banks are experiencing unprecedented demand for food assistance, they are also being struck by shortages of both donated food and volunteer workers, according to The New York Times. Yet, top executives are still being paid hefty salaries that will seemingly hold steady throughout these challenging times. (RELATED: Ivanka Joins Maryland Gov. Larry Hogan To Launch USDA Food Box Program During Pandemic) 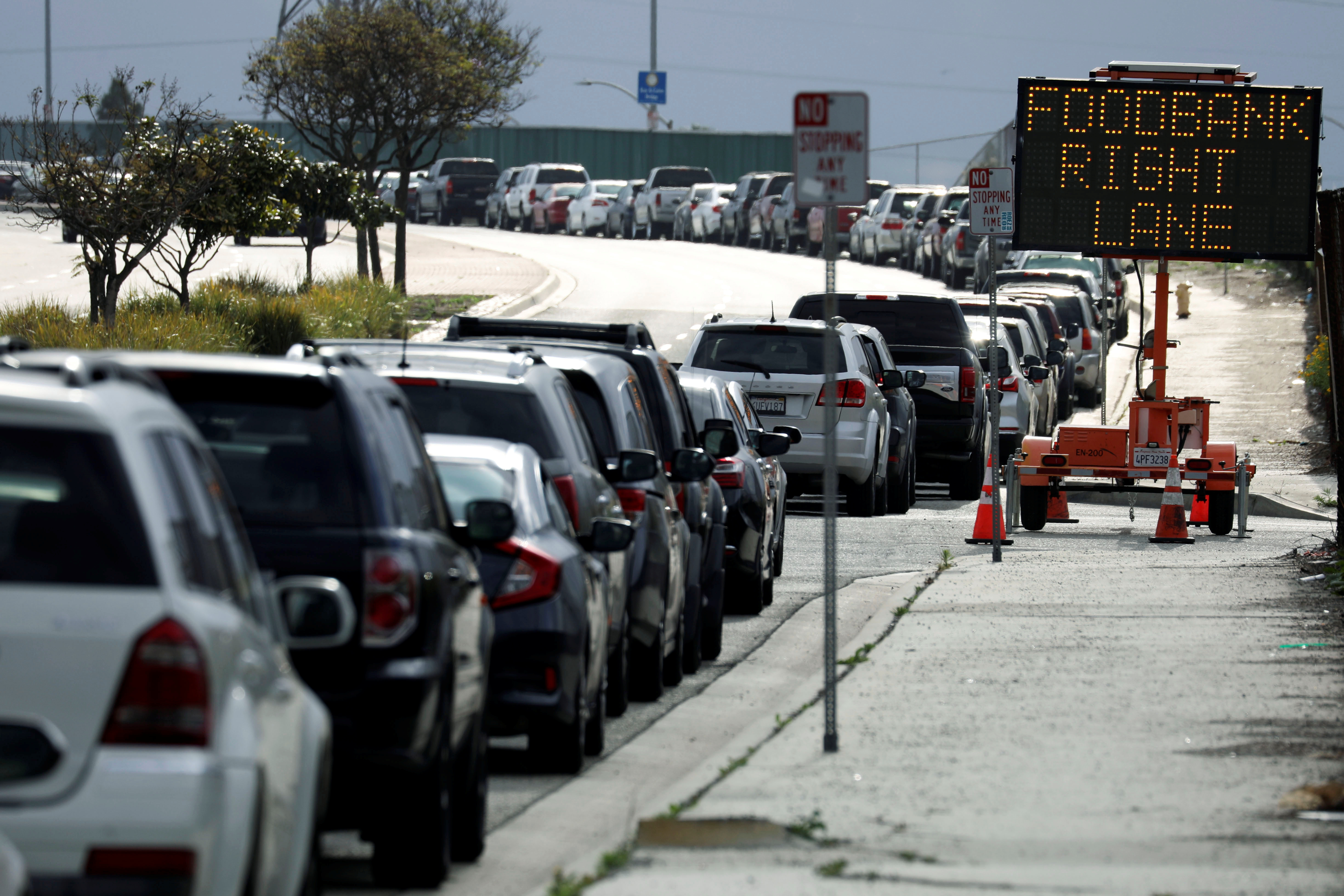 Cars wait in a line to receive boxes of food at a drive-thru food distribution site from the Los Angeles Regional Food Bank and Los Angeles County Federation of Labor outside the Teamsters Local 572 office in Carson, California, U.S., April 18, 2020. (REUTERS/Patrick T. Fallon)

Other top executives at the Chicago-based Feeding America like President Matthew Knott made $561,842, and Treasurer Paul Henrys made $412,105, according to Forbes.

Other national food banks like Food for the Hungry paid their CEO Gary Edmonds $248,444, according to Forbes, while Fair Food Network’s President Oran Hesterrman made $313,823.

Forbes, in conjunction with auditors from OpenTheBooks.com, synthesized payroll data from a variety of nonprofit food banks across the U.S. and found that the average pay for the 1,460 employees administering hunger relief was $104,588 with salaries up to $179,000.

For comparison, four-star military generals in command of hundreds of thousands of troops earn salaries of $268,344, according to Forbes, and Catholic Charities, which carries a billion dollars in revenues, paid their President $521,554 and their CFO $310,000 last year.

Poverty fighters like Robert Woodson say the modern “poverty industry” doesn’t seem to help much and instead believes the fight should be focused on city investments. Programs, such as food banks, tend to reward people running the programs more richly than those eligible to receive its benefits, according to Forbes.