Two police officers are under investigation for arresting a black teen for jaywalking in Tulsa, Oklahoma, last week,

The teenager, whose identity has not been released, was walking on the road with another young person on June 4 when police officers detained them both, NBC affiliate KJRH News reported. He can be seen struggling with and cursing at the officers in body cam footage of the incident released by the Tulsa Police Department.

“No Tulsa kid should have to fear being tackled and cuffed for walking down the street. I viewed that footage last night more as a parent than a mayor,” Republican Mayor G.T. Bynum said in a Facebook post Tuesday.

After the teenager began resisting, one officer then took him to the ground and the teen can be heard saying, “I can’t breathe” repeatedly, the video shows.

As the officers attempted to put him in the police cruiser, he said, “black lives matter” and “record this.” He also told the cops they were evil and going to hell.

“You are harassing us for no reason,” the other teenager said. “We were just walking.” 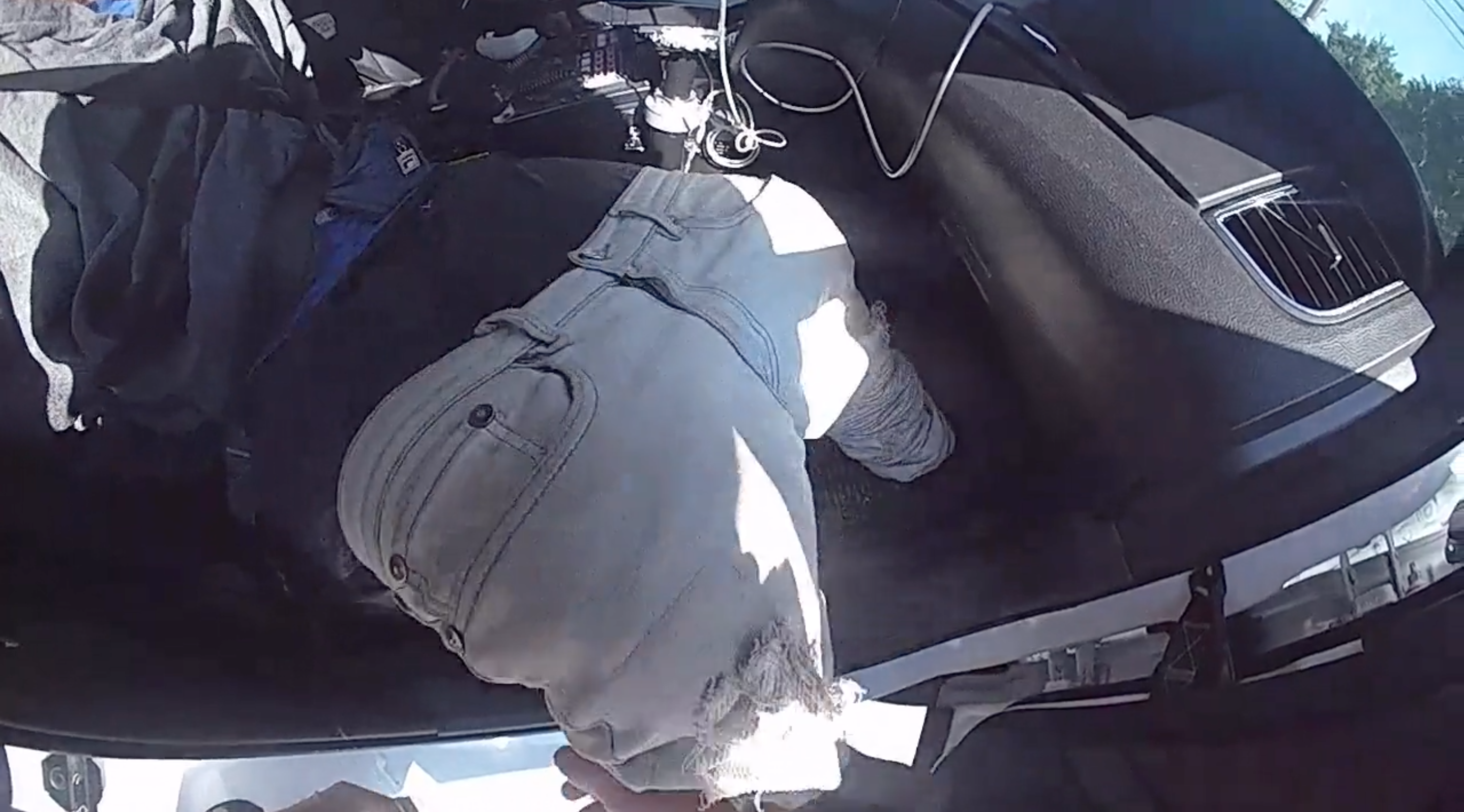 A Tulsa police officer is seen attempting to put a teen in a police cruiser. Police are investigating the arrest of the teen after he allegedly jaywalked. (Photo: Tulsa Police Department/Screenshot/Vimeo)

A bystander can be seen later in the video yelling at the police after the teen was put into the cop car. He told police that they were acting inappropriately, according to the video. (RELATED: Co-Worker: George Floyd And Derek Chauvin ‘Bumped Heads’ As Minneapolis Nightclub Bouncers)

“Don’t only get part of [the story],” the officer responded.

Mayor Bynum said the officers who detained the teens are part of a unit which focuses on removing illegal guns from the streets in his Facebook post.

The Tulsa Police Department’s Internal Affairs Unit is handling the investigation of the incident, according to NBC affiliate KJRH News.

The incident comes as protests continue to take place over the death of George Floyd. Floyd died in Minneapolis police custody after an officer was seen on video kneeling on his neck.

Bynum also apologized for comments he made in an interview with CBS News last week. He told reporter Kelefa Sanneh that he didn’t think it was true that race was a factor in the 2016 killing of Terrence Crutcher.

Crutcher was an unarmed black man who was fatally shot by a Tulsa police officer in September 2016. The officer was acquitted of first degree manslaughter charges in 2017.

Bynum called his comments on the Crutcher incident, “dumb and overly-simplistic.”