A letter written by Vincent Van Gogh and Paul Gauguin that is described as the most important one not yet held by a museum and discusses brothel visits has been sold at auction, Reuters reported.

The Vincent Van Gogh Foundation bought the four-page letter written in French in Paris for 210,600 euros, or $237,700 Tuesday. The letter, among other things, discusses art and brothels, and predates Van Gogh’s infamous ear incident after tempers flared between the two artists in December 1888, according to Reuters. 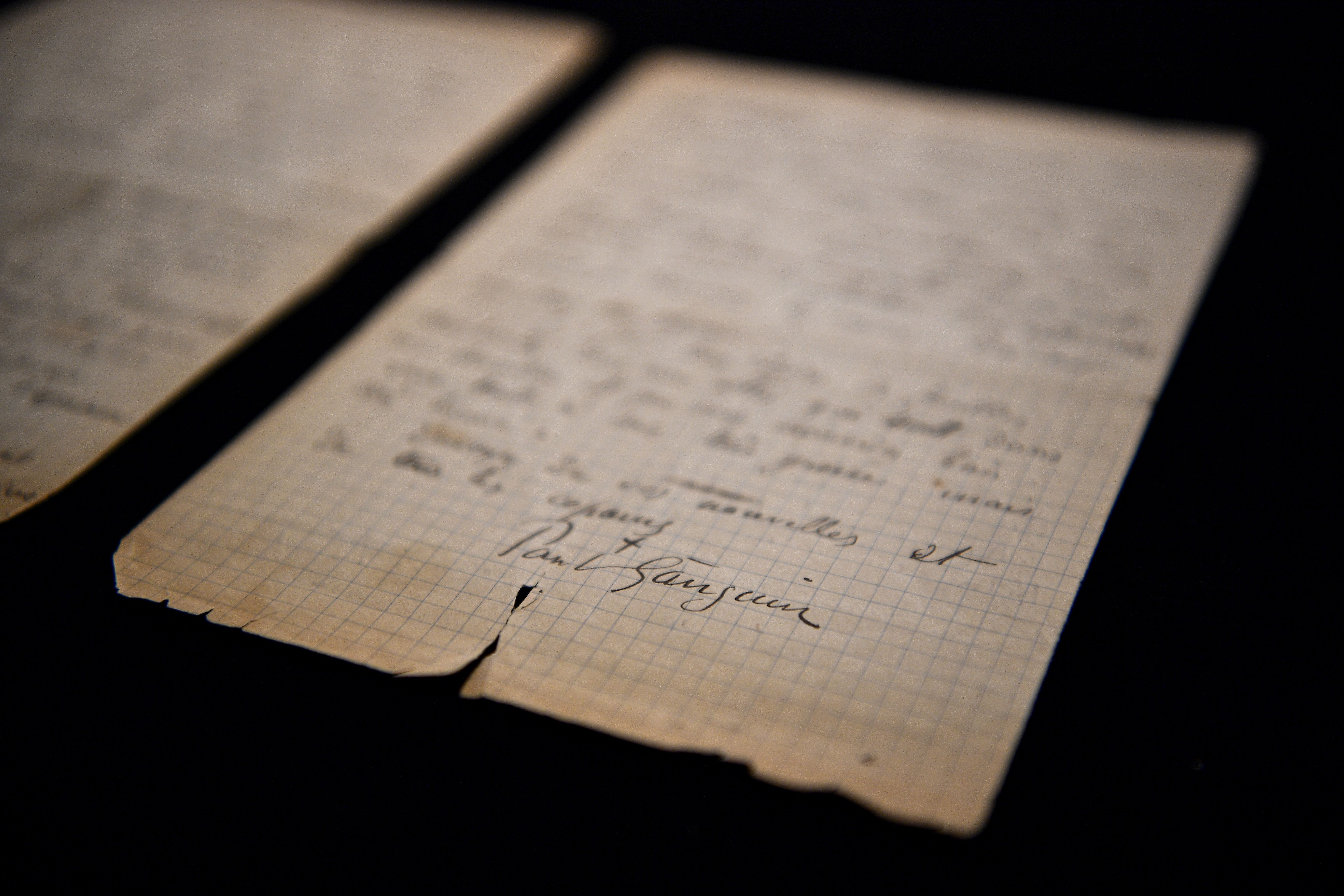 This picture shows a letter co-written by Dutch painter Vincent Van Gogh and French painter Paul Gauguin on the eve of its auction sale at Drouot auction house in Paris on June 15, 2020. (Photo by CHRISTOPHE ARCHAMBAULT/AFP via Getty Images)

The letter is dated November 1-2 1888, and the two artists describe their first week living in a cafe in Arles, Provence with rooms to rent that was the subject of a Van Gogh painting called “The Yellow House” that was heavily damaged during World War II. (RELATED: Vincent Van Gogh Painting Stolen From Dutch Museum Closed Due To Coronavirus) 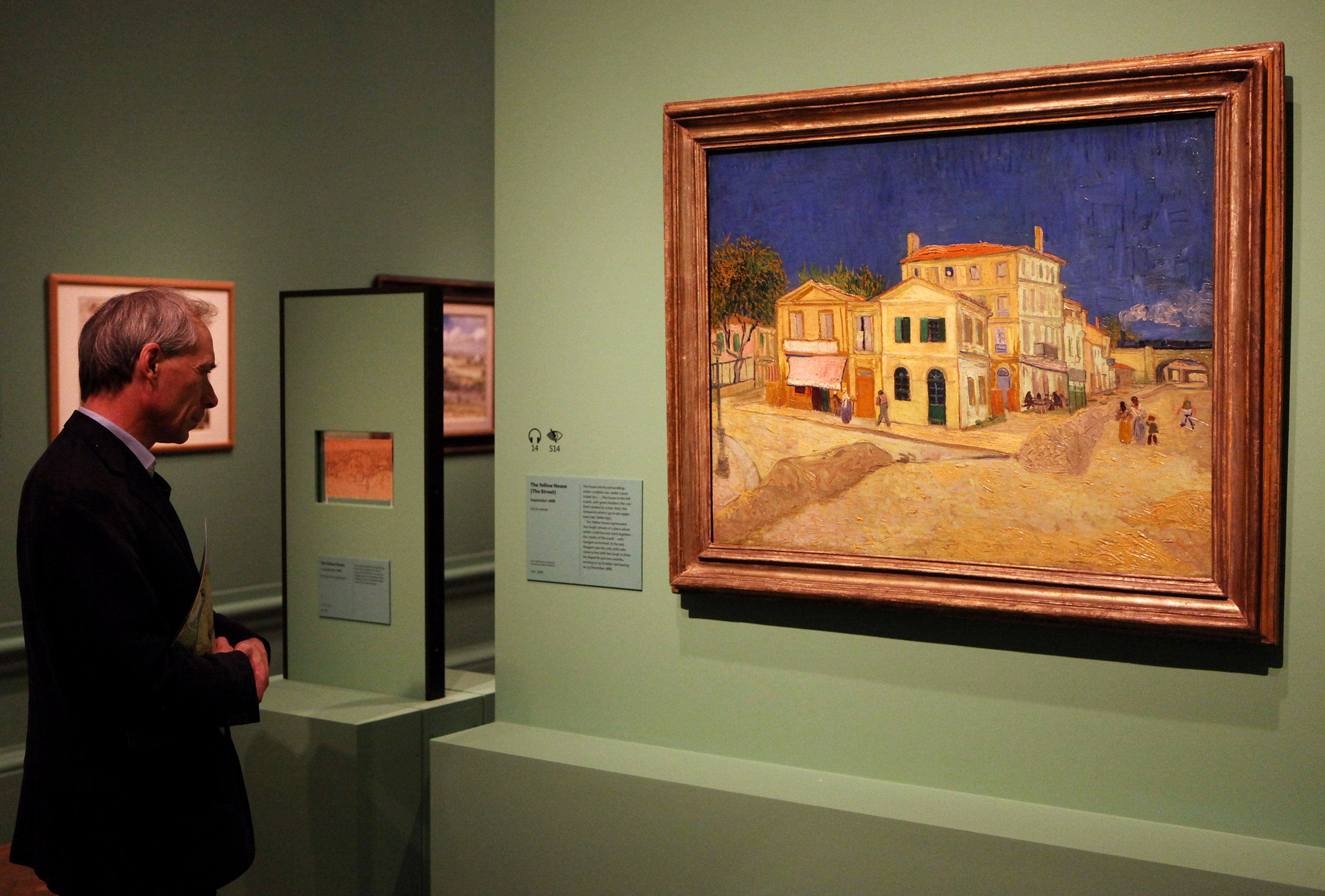 A man admires an oil painting by acclaimed Dutch artist Vincent Van Gogh entitled “The Yellow House (The Street)” in an exhibition of his work held at the Royal Academy of Arts on January 19, 2010 in London, England. (Photo by Oli Scarff/Getty Images)

“Now something that will interest you – we’ve made some excursions in the brothels, and it’s likely that we’ll eventually go there often to work,” Van Gogh wrote in the letter, addressing artist Émile Bernard, according to the Guardian. “At the moment Gauguin has a canvas in progress of the same night cafe that I also painted, but with figures seen in the brothels. It promises to become a beautiful thing.”

The letter is the only one Van Gogh wrote with Gauguin, and the Vincent van Gogh Foundation said “Their artistic dialogue was unstoppable in those days and was even continued in brothels and in this letter,” according to Reuters. The letter “gives a visionary picture of their artistic cooperation and the future of modern art.”

Gauguin is “an unspoiled creature with the instincts of a wild beast”, Van Gogh writes. “With Gauguin, blood and sex have the edge over ambition. But enough of that, you’ve seen him close at hand longer than I have, just wanted to tell you first impressions in a few words.”

“I declare I don’t understand why I don’t do figure studies, while theoretically it’s sometimes so difficult for me to imagine the painting of the future as anything other than a new series of powerful portraitists, simple and comprehensible to the whole of the general public,” he wrote. “Anyway, perhaps I’ll soon get down to doing brothels.” 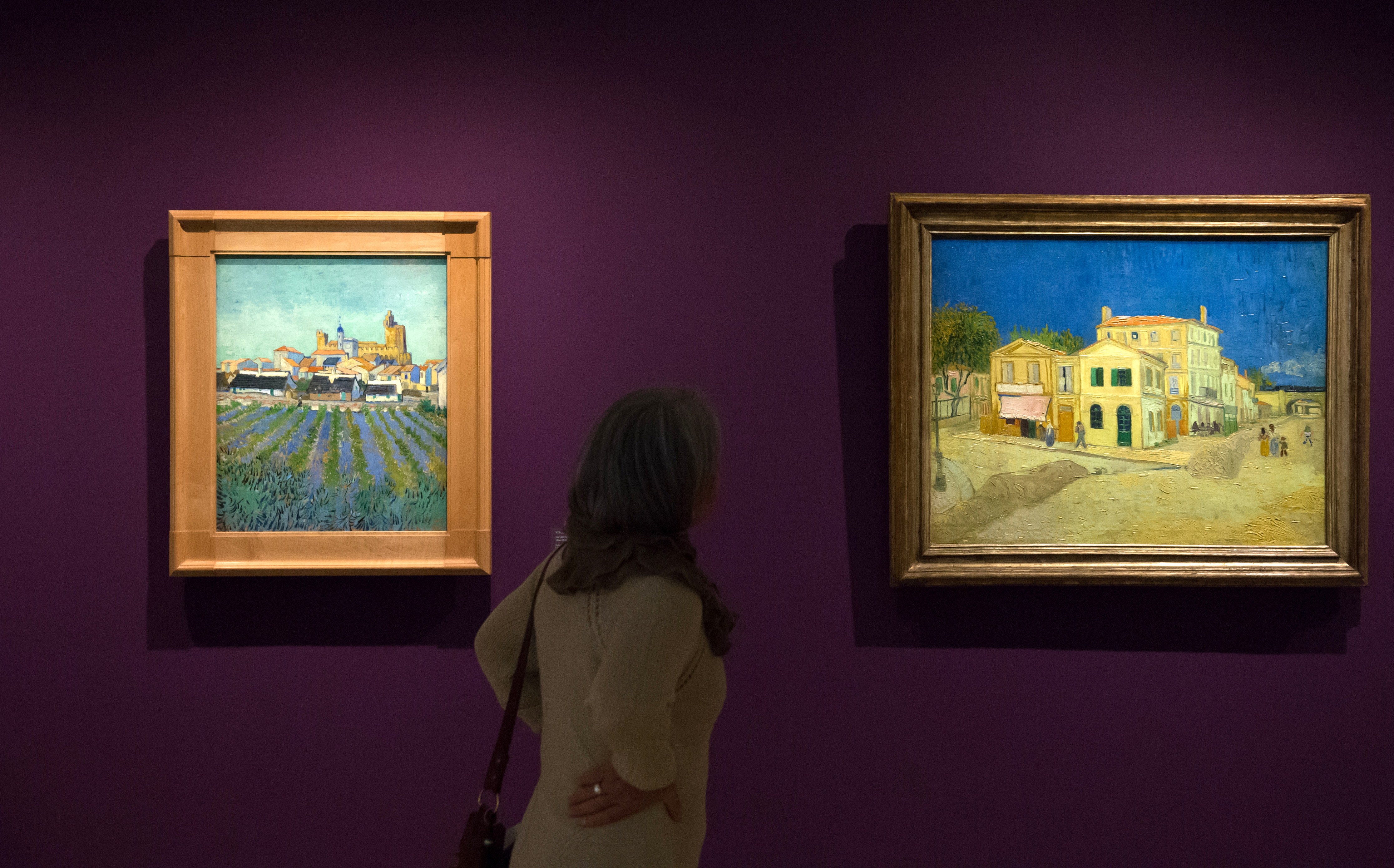 A woman looks at paintings entitled ‘View of the Saintes-Maries-de-la-Mer’ (1888) and ‘La maison jaune’ (The yellow house- 1888) by Dutch painter Vincent Willem van Gogh during the press preview of the exhibition ‘Van Gogh live !’ as part of the opening of the Fondation Vincent van Gogh Arles on April 3, 2014 in Arles, southern France. (BERTRAND LANGLOIS/AFP via Getty Images)

It was only a few weeks after the letter was written that Van Gogh cut off his ear after suffering a mental breakdown and walked into a nearby brothel to give the ear to Gabrielle Berlatier, who was working as a maid, although she was too young to be registered as a prostitute. Van Gogh died by suicide in 1890.

Following the ear incident, Gauguin called off the plans to spend a year with Van Gogh, saying the artist went “raving mad.”

The letter will be featured in the “Your loving Vincent: Van Gogh’s Greatest Letters” exhibition in October at the Van Gogh Museum.