At least four black staff members and four black athletes have left the university, and nearly three dozen black alumni denounced Falwell on Monday, according to the Associated Press. They also suggested he step down after he wrote in a now-deleted tweet that he opposed Northam’s mandate for Virginians to wear masks “until I decided to design my own.”

The photo attached to the tweet showed a mask with a photo of someone wearing blackface that appeared in Northam’s medical school yearbook page and emerged in 2019.

“You have belittled staff, students and parents, you have defended inappropriate behaviors of politicians, encouraged violence, and disrespected people of other faiths,” they wrote. “Your heart is in politics more than Christian academia or ministry,” a letter from 35 faith leaders and former student-athletes sent to Falwell earlier in June said according to the Associated Press. 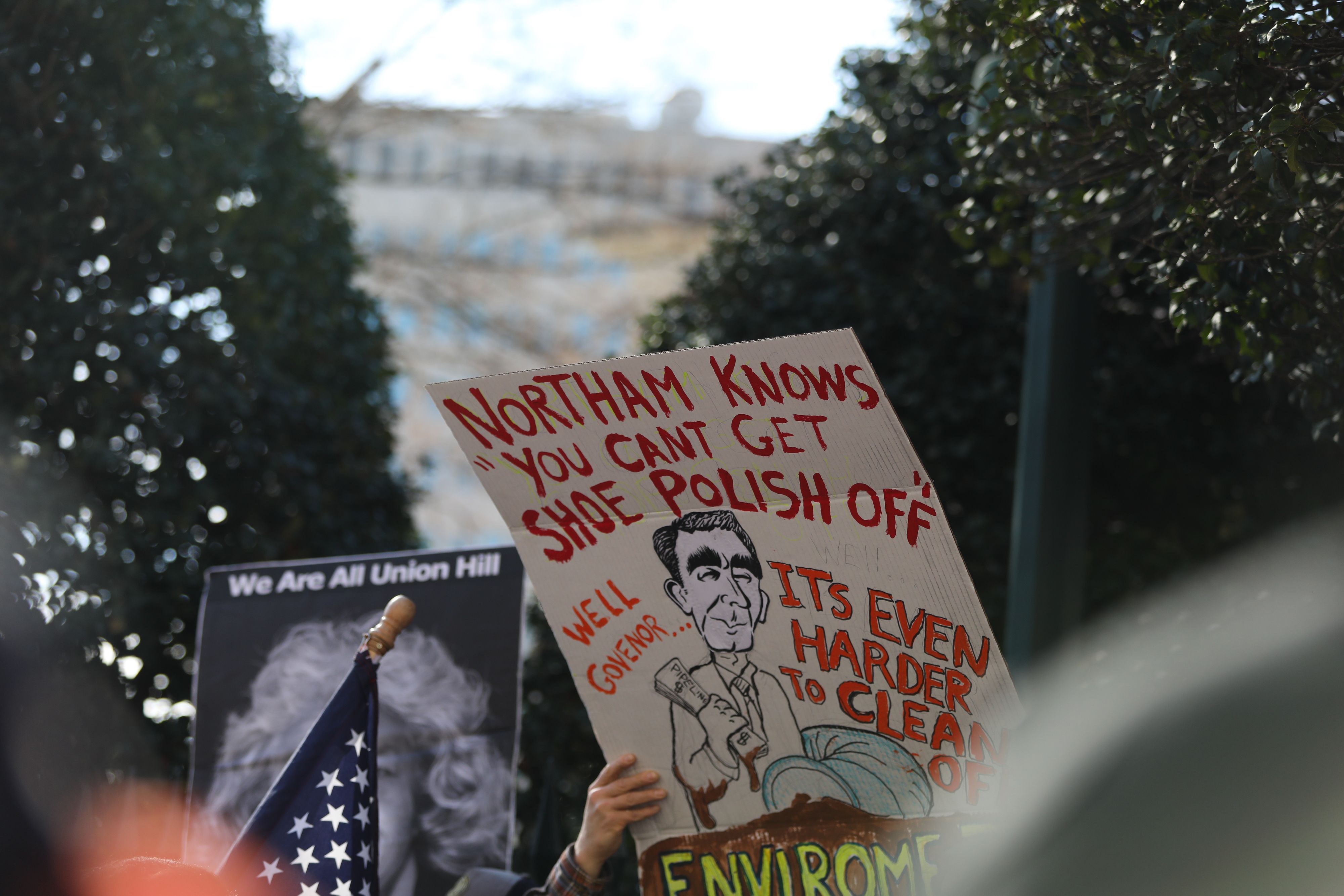 Protestors rally against Virginia Governor Ralph Northam outside of the governors mansion in downtown Richmond, Virginia on February 4, 2019. (LOGAN CYRUS/AFP via Getty Images)

The blackface photo is from Northam’s Eastern Virginia Medical School 1984 senior yearbook page and depicts two figures, one dressed in blackface and one sporting KKK robes. After surfacing Feb. 1 2019, Northam admitted to and apologized for appearing in the “clearly racist and offensive” photo, but later backtracked and said he is not either of the people in the photo. He did, however, admit to darkening his face with shoe polish as part of a Michael Jackson costume. (RELATED: Four Weeks After Blackface Photo Surfaced, Ralph Northam Still In Office)

In another tweet, Falwell said “Just a way to shine a spotlight on the fact that Democrats are and always have been the real racists in this country.”

Just so folks outside Virginia unfamiliar with the pic on the mask understand: it is from the personal page of the medical school yearbook of @GovernorVA . Just a way to shine a spotlight on the fact that Democrats are and always have been the real racists in this country.

The alumni who wrote the letter asked Falwell to “withdraw your racist tweet immediately and make a public apology,” according to the Associated Press.

Falwell responded to the letter by explaining that his comment about the blackface scandal was made in defense of Liberty students who would be affected by the Democratic governor’s tuition assistance cuts.

“The governor’s intent was to harm Liberty, and to harm minority students and to harm low income students,” Falwell said referring to the tuition assistance cuts, adding that “people needed to be reminded of (Northam’s) racist past.”