Virginia Democratic Gov. Ralph Northam is still in office and has no plans to resign a month after a photo from his medical school yearbook surfaced showing two people dressed in blackface and KKK robes.

The photo is from Northam’s Eastern Virginia Medical School 1984 senior yearbook page and depicts two figures, one dressed in blackface and one sporting KKK robes. The photo surfaced Feb. 1.

Northam admitted to and apologized on Feb. 1 for appearing in the “clearly racist and offensive” photograph, according to The Washington Post. “I am deeply sorry for the decision I made to appear as I did in this photo and for the hurt that decision caused then and now,” he said.

On Feb. 2, Northam backtracked and said he is not either of the people in the photo.

“I am not the person in that photo,” he said at a press conference. He did, however, admit to darkening his face as part of a Michael Jackson costume.

Virginia delegate and longtime associate of Northam’s, Democratic Del. Charniele Herring, claims Northam admitted to her that he was in the photo. “He told me personally on Friday that he acknowledges it was him in the photograph,” Herring said, CNN reported Feb. 4. (RELATED: Ralph Northam Denies Being In Racist Photo, Admits To Putting ‘Shoe Polish’ On His Face For Michael Jackson Impersonation)

Two days after the photo surfaced, half of Virginia Democrats still approved of the governor, according to a Feb. 2-3 Morning Consult poll.

Northam’s wife, Pam Northam, became embroiled in her own political debacle after she allegedly gave cotton to black students during a tour of the governor’s mansions. She allegedly asked the students “if they could imagine what it must have been like to pick cotton all day,” The Washington Post reported Friday. 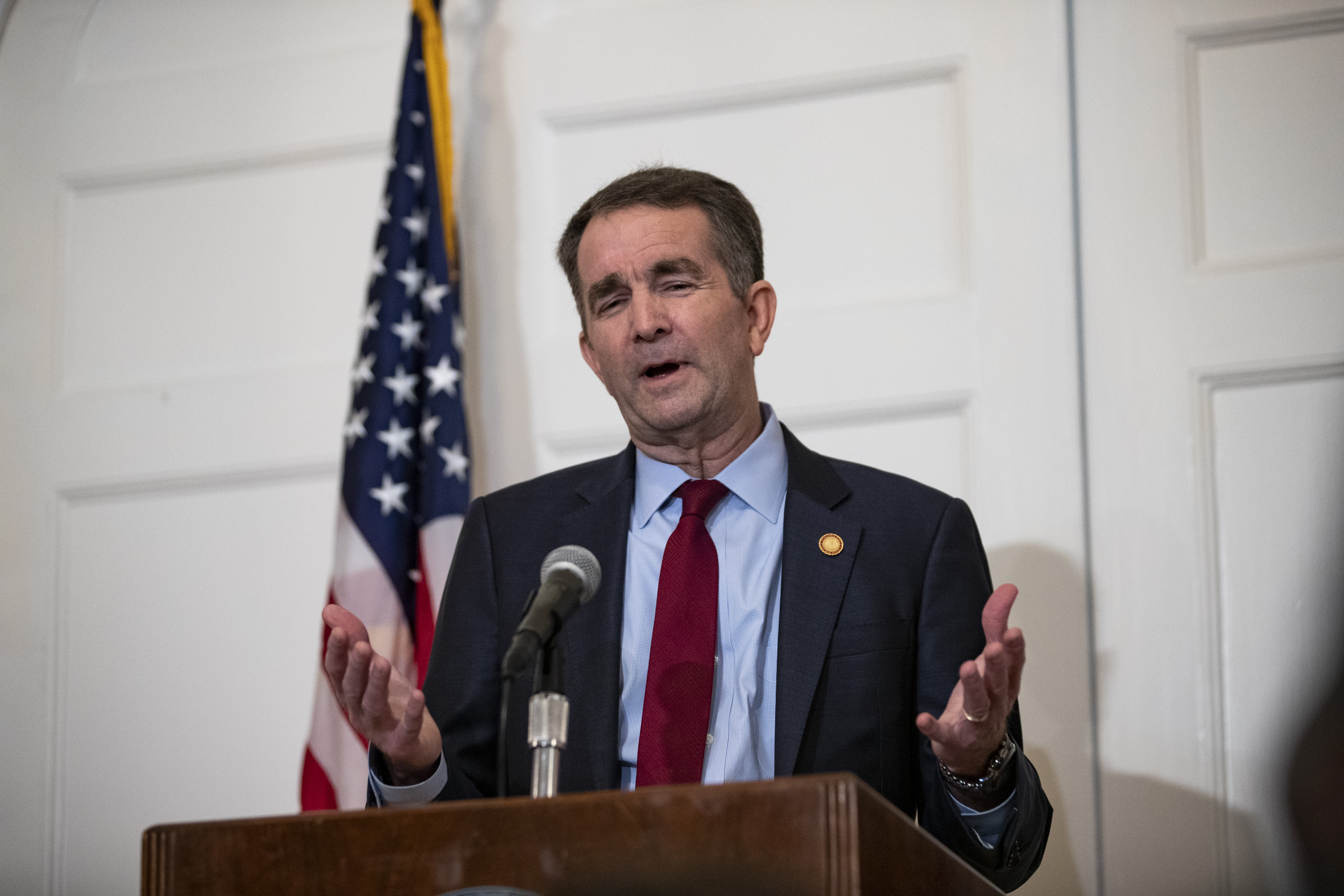 Virginia Governor Ralph Northam speaks with reporters at a press conference at the Governor’s mansion on February 2, 2019 in Richmond, Virginia. Alex Edelman/Getty Images)

A media storm also erupted around the governor in January after he made comments appearing to condone infanticide and late-term abortions.

Northam said later that he doesn’t regret statements he made appearing to condone infanticide and late-term abortion, and blames media outlets for misconstruing his words. “No, I don’t have any regrets,” Northam said, at a press conference, adding, “I regret that those comments have been mischaracterized.”