President Donald Trump seemed to soften his stance on wearing a face mask in public Wednesday, telling Fox Business he would wear one if we was in a group that wasn’t social distancing or hadn’t been tested for coronavirus.

Trump said in an interview with Blake Burman that “people have seen [him] wearing one.” (RELATED: Trump Accuses Biden Of Taking Alleged Scripted Questions During Press Conference — ‘Just Like Crooked Hillary’) 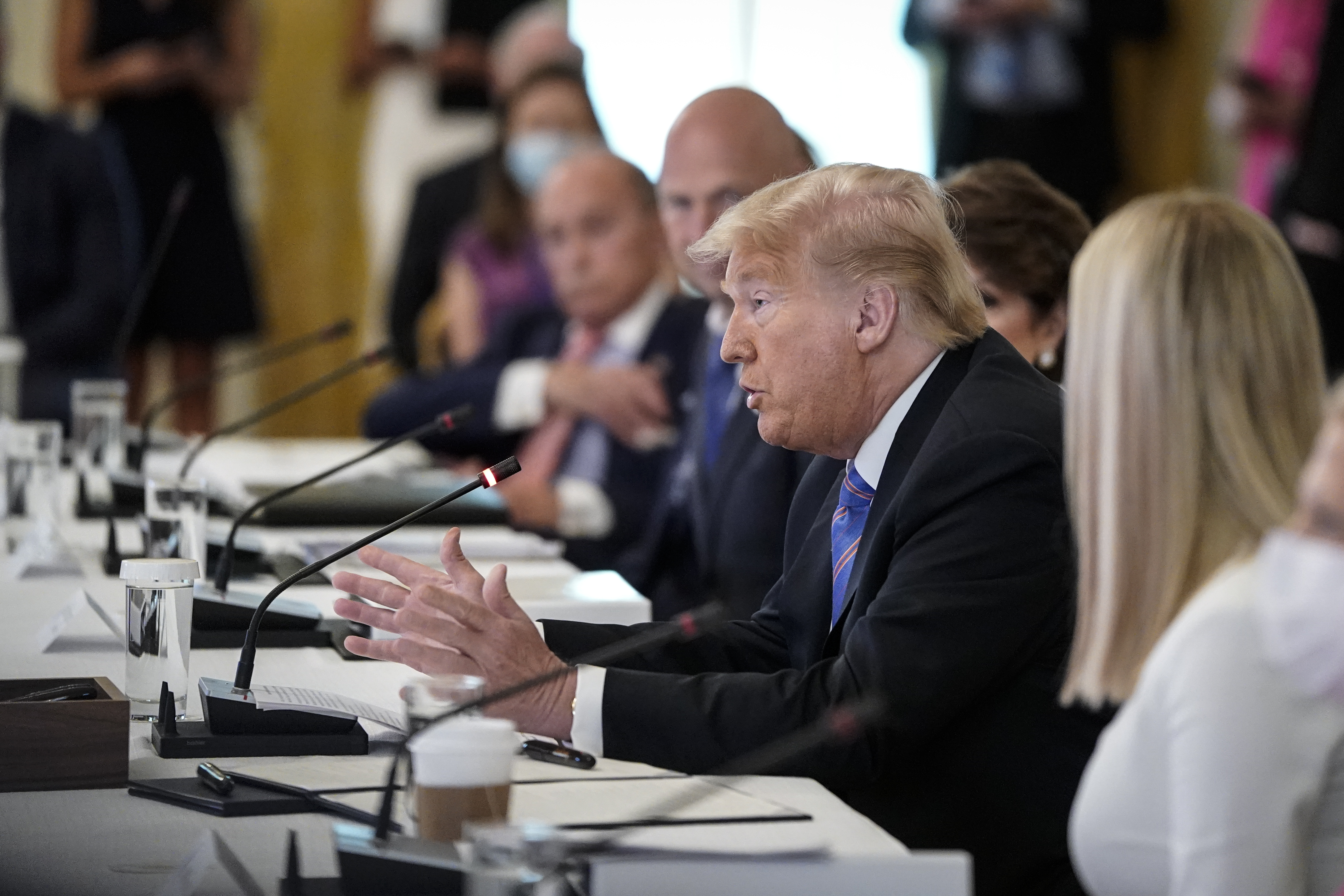 WASHINGTON, DC – JUNE 26: U.S. President Donald Trump participates in a meeting of the American Workforce Policy Advisory Board in the East Room of the White House on June 26, 2020 in Washington, DC.(Photo by Drew Angerer/Getty Images)

“If I’m in a group of people where we’re not 10 feet away and — but usually I’m not in that position and everyone is tested because I’m the president,” he remarked. “They get tested before they see me.”

Berman pressed the president if he thinks the public will ever see him wear a face mask, to which Trump responded he “would have no problem.”

The president said earlier in the interview that he didn’t believe in “mandatory” mask orders, as most places have followed social distancing guidelines on reopening.

Trump has repeatedly stopped short of saying he would wear a face mask in public since the reopening process began. He told the Wall Street Journal earlier in June that he thinks that most people decide whether to wear a mask or not on political lines.