A ruling on whether the historic Hagia Sophia will remain a museum or be turned into a mosque is creating a rift between Christians and Islamists, numerous sources reported.

The decision of whether to turn the museum, which served as the home of the Eastern Orthodox Church for nearly 900 years, into a mosque is expected within 15 days after a Turkish court heard a petition on the subject Thursday, the BBC reported.

Until then, Greece said that Turkey risked opening up a “huge emotional chasm” with Christian countries if it continued pushing for the conversion of the museum, a change cheered by Turkey’s Islamists and endorsed by President Recep Tayyip Erdogan while secular opposition have opposed the move. (RELATED: Erdogan Suggests Turning Former Cathedral Hagia Sophia Into Mosque) 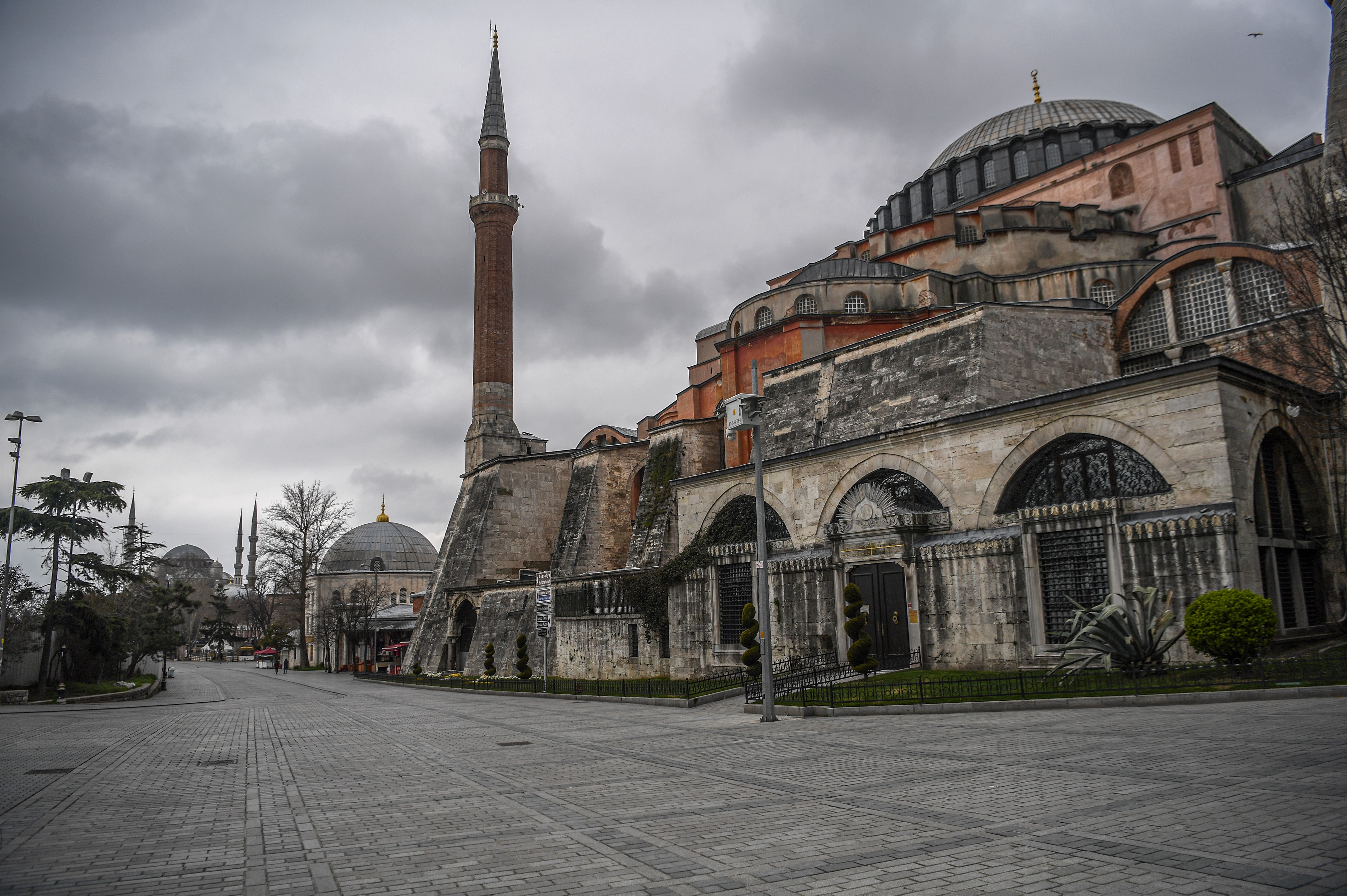 A picture taken on April 1, 2020 shows the empty streets by the iconic Hagia Sophia in Istanbul after Turkish officials have repeatedly urged citizens to stay home and respect social distancing rules. – (Photo by OZAN KOSE/AFP via Getty Images)

“Hagia Sophia is a world heritage monument … Many countries, culminating in the intervention of the U.S State Department, highlighted this very point, urging Turkey not to take steps which would create a huge emotional chasm between the Christians of the world and Turkey,” Greek government spokesman Stelios Petsas told a news briefing according to Reuters.

U.S. Secretary of State Mike Pompeo also urged Turkey to maintain Hagia Sophia as a museum in order to ensure the building is accessible to all, Reuters reported.

The head of the Eastern Orthodox Church has also criticized the proposal and said that Christians would be disappointed if Hagia Sophia became a mosque, and the move would “fracture” East and West, Reuters reported.

Located in Istanbul, Hagia Sophia was built in 532 in Constantinople, the capital of the Byzantine Empire. It was the seat of the Orthodox patriarch of the capital, and was briefly a Catholic cathedral in the 13th century following the Fourth Crusade. 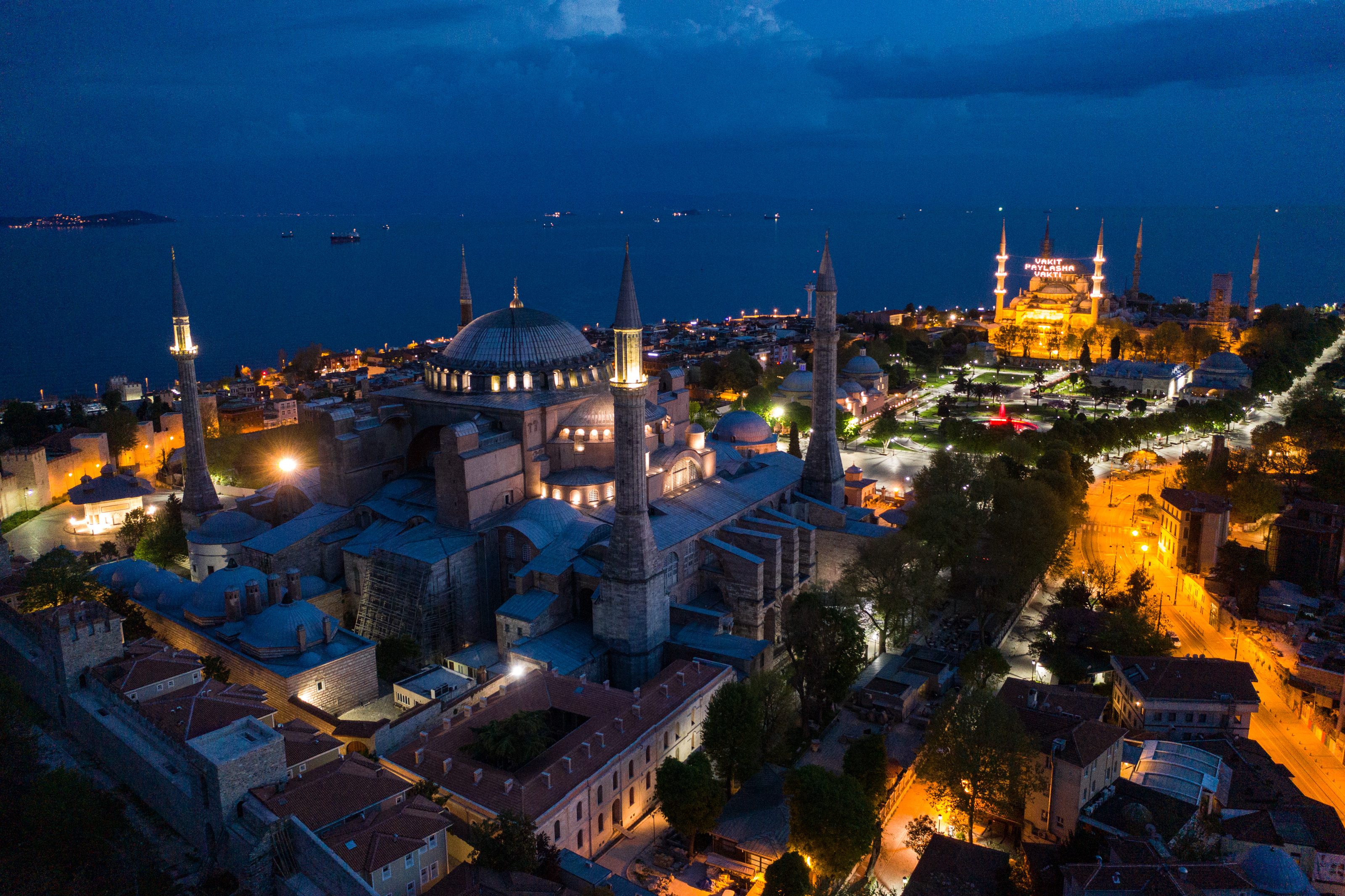 ISTANBUL, TURKEY – MAY 02: In this aerial photo from a drone, Istanbul’s famoust Hagia Sophia and Blue Mosque are seen in empty Sultanahmet square during a weekend lockdown across Istanbul on May 02, 2020, in Istanbul, Turkey. (Photo by Burak Kara/Getty Images)

It wasn’t until 1453 that the Ottoman Empire captured Constantinople and renamed the city Istanbul, and would soon remove all Orthodox symbols inside the church. After the defeat of the Ottoman Empire in World War I, secular Turkey was later founded by Mustafa Kemal Ataturk, who ordered Hagia Sophia to be turned into a museum, according to the BBC.