The father of a 19-year-old killed in Seattle’s “Capitol Hill Autonomous Zone” (CHAZ) said he received a call from President Donald Trump regarding his son’s death, but not from Seattle Mayor Jenny Durkan.

In an interview, Wednesday, Horace Lorenzo Anderson Sr., spoke about the murder of his son and said that Trump reached out after hearing the news. Lorenzo mentioned that Durkan, who allowed for the Autonomous Zone to stay up for weeks, had not yet called him. 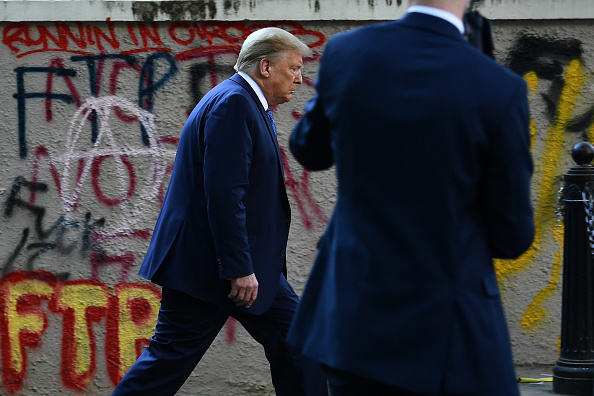 President Donald Trump walks back to the White House escorted by the Secret Service after appearing outside of St John’s Episcopal church across Lafayette Park in Washington, DC on June 1, 2020. (Photo by BRENDAN SMIALOWSKI/AFP via Getty Images)

His son, Horace Lorenzo Anderson Jr., died the morning of June 21 during a shooting on the outskirts of CHAZ. Lorenzo Anderson Jr. was not the only person killed in the “no-cop zone,” which police deconstructed Wednesday. (RELATED: Seattle Police Start To Clear CHOP, Make 23 Arrests Following Mayor’s Executive Order To Disperse)

“I gotta bury my son tomorrow,” Anderson said during the interview. “It’s just been a lot going on. … To this day, it’s been almost two weeks, I haven’t heard from nobody. Hasn’t nobody called. Ain’t nobody called me or tried to find me. … His number is my number, so it’s easy … for the detectives to say, excuse me, knock on my door, ‘Let me tell you what happened about your son.’ I don’t know nothing. I had to find my son. They wouldn’t even let me see my son. It took me a whole week before I could see my son.”

There has not yet been an arrest made for the killing of Anderson Jr.