A Florida man allegedly killed two of his neighbors, including an 11-year-old girl, on Monday after a dispute over his dog, police said.

The alleged attacker, Ronald Delserro, 82, was armed with two handguns when he entered his neighbors’ house, according to the Port St. Lucie Police Department. Since March, Delserro and his wife Sandra had been in a dispute with the Hansman family concerning the Delserros’ dog, Roxy.

Harper Hansman, 11, called 911 Monday saying that a neighbor was in her home and shooting a gun, police said. Officers responded and engaged in a firefight with Delserro. (RELATED: Florida Man Says ‘Hold A Blowdryer In Front Of Your Face’ To Cure Coronavirus)

One unidentified officer was shot twice but was released from the hospital later with non-life-threatening injuries, according to police. The St. Lucie County Sheriff’s Office Deputy removed the 11-year-old from the home during the shooting, but she was pronounced dead at the hospital.

Guy Alexander Hansman, 55, was pronounced dead on the scene. He was the father of victim Harper Hansman.

Delserro was found dead on the second floor of the home, according to police. An investigation into the cause of his death is ongoing.

“On March 4, 2020, Port St. Lucie Police Department Animal Control Officers responded to the victim and suspect’s residences for a dog bite involving the suspect’s dog, a female gray Mastiff named ‘Roxy,’” police said in a statement Wednesday. “The adult female victim reported she was attacked and bitten by the suspect’s dog, which led to a Dangerous Dog hearing.” 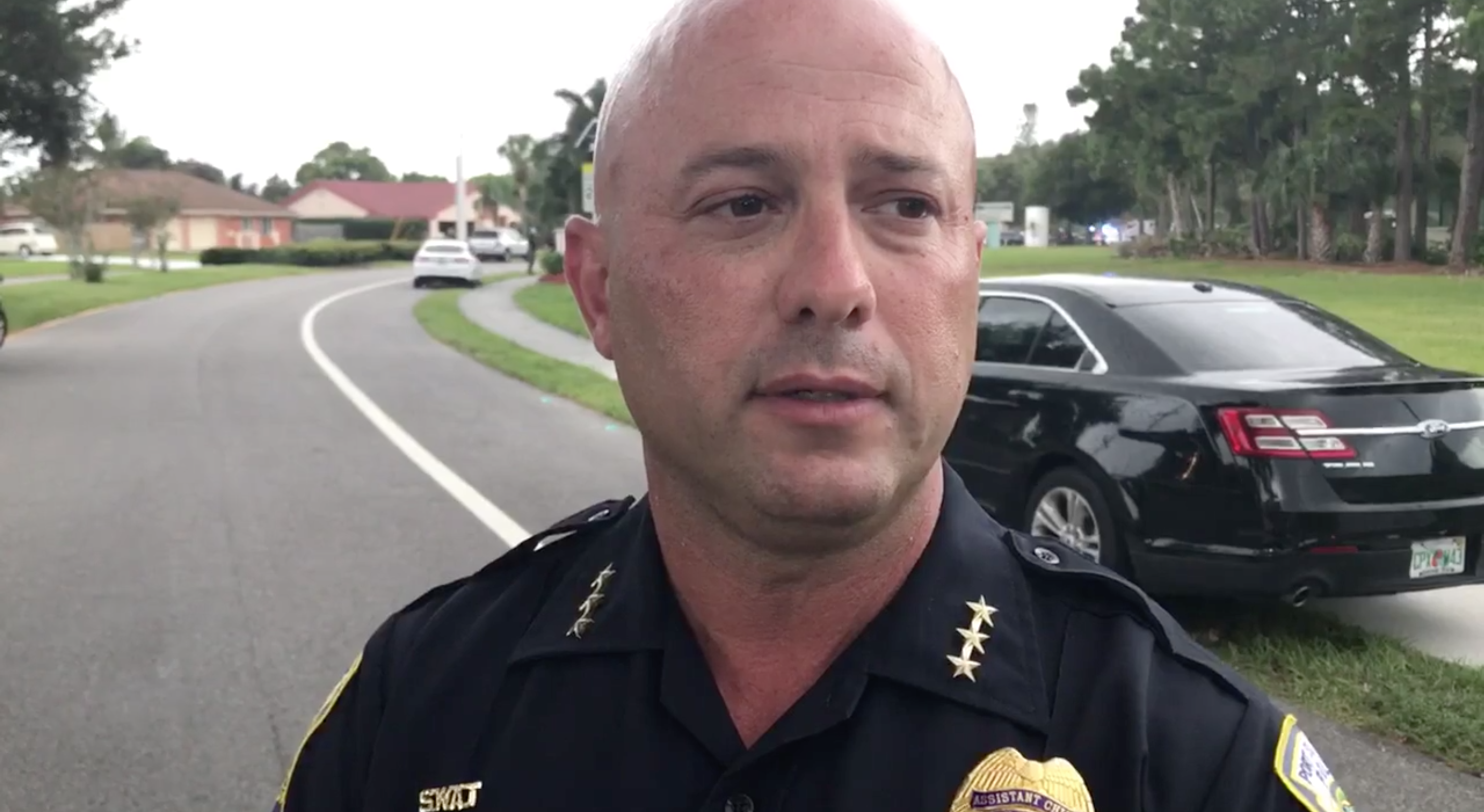 Port St. Lucie Assistant Police Chief Richard Del Toro talks to the press on July 6, 2020 following the killing of an 11-year-old girl and her father over a dispute involving a dog. (Photo: Treasure Coast Palm/Screenshot)

Delserro agreed to quarantine Roxy in his home for 10 days after the original March complaint, but one day after he signed the agreement, Roxy was seen running around the Hansman’s yard. Animal control officers subsequently ordered the Delserros to take the dog to a nearby compound, police said in an updated statement.

Roxy was soon returned to the Delserros, but they violated dangerous dog restrictions two additional times, according to police. The Special Magistrate declared the dog to be dangerous in June, but when Delserro was presented with a final declaration letter July 1, he refused to sign.

Four other individuals were in the house when the shooting began but managed to escape, Port St. Lucie police said.